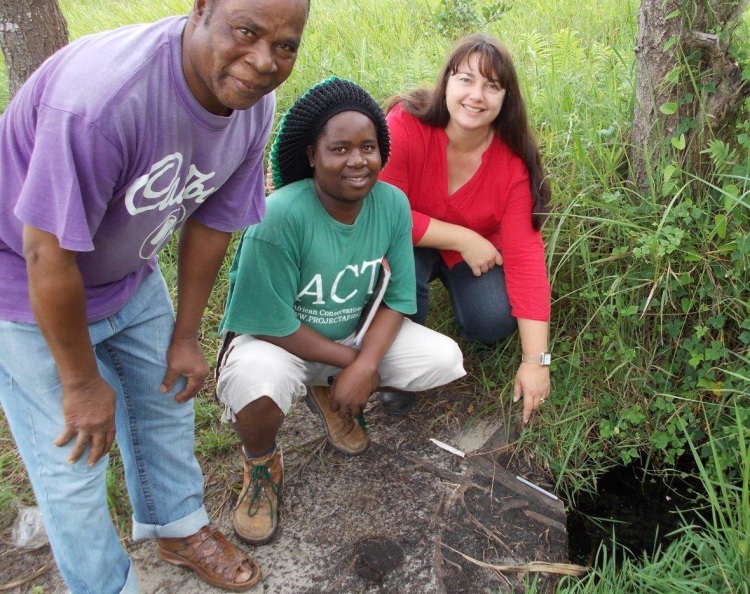 What comes to mind when you think of wetlands, swamps, fens, bogs, or marshes? Not long ago most people perceived them to be muddy problem areas that bred mosquitoes. Not understanding their crucial role in nature, wetlands were drained to make way for farmland or development.

As our knowledge increases of how wetlands work, they are being recognised as wet wonderlands. Beyond being biodiversity hotspots, wetlands also provide eco-services that are essential to our survival.

These services include: clean water, water storage, buffering against flooding, economically important populations of fish and birds and eco -tourism opportunities. These services are free but only when wetlands are in a healthy condition.

While contacting people across the country to find stories of faith communities involved in wetlands, another important role of wetlands came to light, the role of connecting people who care for the Earth, irrespective of their different backgrounds.

One of our most threatened ecosystems

Wetlands are being recognised to be essential for a healthy Earth.  However, they only comprise about 2.5% of South Africa’s surface area and in spite of their value, they are one of our most threatened ecosystems. On the positive side, a number of our large and unique wetlands are proclaimed Ramsar Sites which gives them international conservation status.

The state funded Working for Wetlands programme has been instrumental in the rehabilitation of many wetlands while providing job opportunities to tens of thousands of people. Of special interest to Earth Keeper readers are the stories of people of faith who have played significant roles in protecting and rehabilitating wetlands and of how wetland conservation has provided them with rewarding careers.

It is not often that people celebrate World Wetlands Day with an award for creating their own wetland. The North Rand Methodist Church (NRMC) did just that!

SAFCEI presented an award to the congregation on Sunday 2nd February for conceiving and then creating a fledgling wetland and an eco-education centre where before there had been a storm water channel and degraded land. John Roussouw is working closely with Minister John Bailey on the project and has been updating SAFCEI of their phenomenal progress.

His enthusiasm about the project is tangible as he speaks:

“In 2013, NRMC took a decision to turn a 1,6 ha piece of ground into an eco-sanctuary to encourage appreciation and praise for God’s creation. The objective,” he says,” is to develop a living and growing space where people can learn about conserving energy and our natural resources and to inspire them to respect and cherish our only home, the earth.”

Piet-Louis Grundling, Director of the Centre for Wetland Research and Training, is a member of the charismatic Christian Church, the Lewende Woord – Moot Assembly. He is enthused about the wonderful young people he has worked with over many of years, first as the Co-ordinator of the Working for Wetlands programme and subsequently as an independent consultant for wetland programmes in KZN and Limpopo. 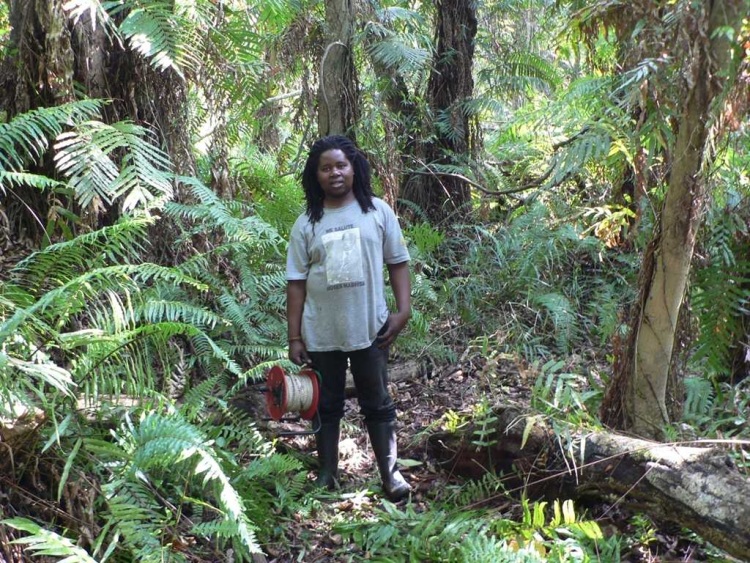 Here are some of Piet-Louis’ stories:

Siphiwe Mfeka started his conservation career working for a research programme at St Lucia funded by the Water Research Commission. Years before, his parents had been forced to leave their homes on the shore of St Lucia, because the area was designated as timber plantation. Later, his family won their land claim but as their ancestral home was now in a World Heritage Site they could not return and were offered a share in the benefits that tourism brought to the area.

Piet –Louis describes Siphiwe as an `incredible Christian’ who is also passionate about his work in nature. He took every opportunity to learn about conservation and quickly advanced from being the labourer who took water samples to being a research assistant at the Pietermartizberg campus of the University of KZN.

Eric Munzhedzi is also a committed Christian who joined the Working for Wetlands Programme in 2002 as a student volunteer from the University of Venda. His drive and commitment for wetland conservation steered him from student project manager to implementing manager for Working for Wetlands. 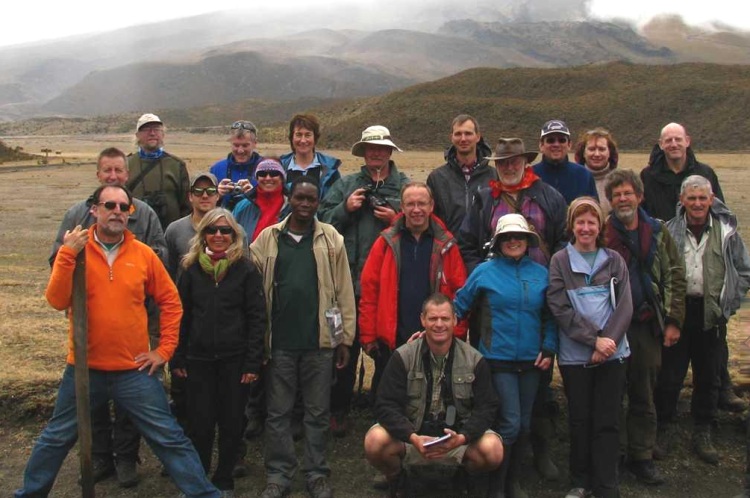 The diverse habitats and wildlife of the area provided a wide range of research opportunities and the idea of establishing a research village with revenue returning to the local community was investigated. When they heard that funding was being provided for students via the German South African Student Research Initiative, the Dutch Reformed Church Mission at St Lucia generously offered the students the use of the mission dormitories thereby solving the problem of affordable student accommodation.

A wide variety of students from across Africa and Germany have enriched the experience of the local conservation community and also added a small cash flow to the local economy.

Perhaps one of the most thought provoking stories is the one of Piet- Louis himself. He grew up during the time when young white men were sent to the army and young black activists joined Umkonto. They were literally poles apart. He is frank about how Working for Wetlands gave him the opportunity to get to know to a wide range of wonderful South Africans and has helped him understand the need for reconciliation.

A landmark event for him happened during a site visit to Dullstroom wetlands in Mpumalanga, as part of the itinerary of the 2004 International Mire Group’s Conference on peatlands.

The site visit extended into the evening and he remembers vividly how the glow of the late afternoon sun gave the setting a spiritual quality. While giving his talk on Working for Wetlands he felt called to apologise for Apartheid and to especially acknowledge his black colleagues.

He admits that not everyone appreciated his deviation from the wetlands agenda, but it touched many who were there and was an important revelation for himself.

One of those touched was a visiting Dutch scientist who approached Piet-Louis to explain to him that he had been an activist who had actively lobbied for the reformed churches in the Netherlands to distance themselves from the South African NG. Today this man is a family friend and he travels to South Africa every year to visit our wetlands with Piet-Louis.

Wetlands are essential elements in the web of life – and from these personal stories, it seems that their threads also reach out to connect us spiritually.