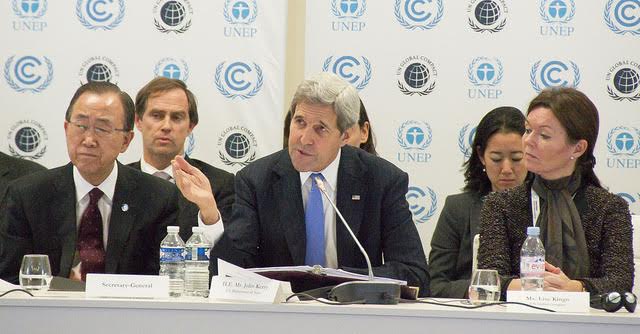 Although South Africa has announced its intention to sign the Paris Agreement, there is still a long road ahead before it can be translated into constructive action domestically.

The Paris climate change conference (UNFCCC COP21) stood out as not only a symbol of global solidarity, but also a beacon of hope for the then flailing international climate change negotiations. It was an opportunity for the international community to show its resolve and further define its role in governing global commons.

SA was instrumental in closing the deal

So it came as no surprise when COP21 ended with a new international climate agreement – the Paris Agreement – the world celebrated, with South Africa playing an instrumental role in closing the deal. Although many question its value, the Paris Agreement sets up an international legal framework for countries to shift toward a zero-carbon and climate-resilient world, and signals a turning point in the international community’s commitment to addressing climate change.

The Paris Agreement, put simply, is an implementation tool. It is a legal instrument that enhances the implementation of the United Nations Framework Convention on Climate Change, without prejudicing the Convention’s objective and aim to strengthen the global response to the threat of climate change, in the context of sustainable development and efforts to eradicate poverty.

Now to implement the Paris Agreement in practical steps

The Paris Package (of which the Paris Agreement forms a part of) was adopted by South Africa along with 195 other countries at the end of COP21. Adoption of the Paris Package is a point in the process where parties to the negotiations formally establish the form and content of the agreement. Now, South Africa, like other countries that are party to the UNFCCC, needs to take steps in order to give effect to the Paris Agreement internationally and domestically.

For a start, this requires an analysis of South Africa’s climate change legal regime, bearing in mind that some domestic legislation and regulations may require supplementation or adjustment in order to be consistent with the procedural requirements of the Paris Agreement.

On the 22nd April, the United Nations Secretary General Ban Ki-moon has invited world leaders to a high level signing ceremony for the Paris Agreement in New York – with UNFCCC participating parties given until the 21st April 2017 to ratify the Paris Agreement.

If the international community is to succeed collaboratively to tackle the impacts of climate change, the first step would be to get at least 55 signatories, which make up 55% of global emissions, to the Paris Agreement (as the Paris Package clearly stipulates that the Agreement would only come into effect and be legally binding once the threshold is reached).

However signature only serves a commitment to refrain from acts that would defeat the objective and purpose of the Agreement, but signature does not automatically mean that a country becomes party to the Agreement. In order for the Agreement to come into force, countries must first sign the Agreement and then indicate their consent to be bound by the agreement (this is referred to loosely as ratification).

As the champion of the Durban Platform from COP17, South Africa should be amongst the first countries to sign the Paris Agreement. As a front-runner signatory South Africa will be able to communicate its legislative peculiarities, as well as formally make reservations on aspects of the Paris Agreement that are either contentious or inconsistent with South Africa’s supreme law, whilst developing solutions for those challenges. This can be prior to embarking on an arduous constitutional mandated ratification process.

COP17 in Durban fundamentally changed the tone of the international climate change negotiations. Closer inspection of the Paris Agreement will reveal many of its characteristics and outcomes were determined at COP17. South Africa has a duty and an obligation to continue to lead by example to actualize the domestic operationalisation of the Paris Agreement in a transparent and ambitious manner. It is time South Africa embraced the shift to low-carbon development not just in rhetoric but institutionally, legally and politically.