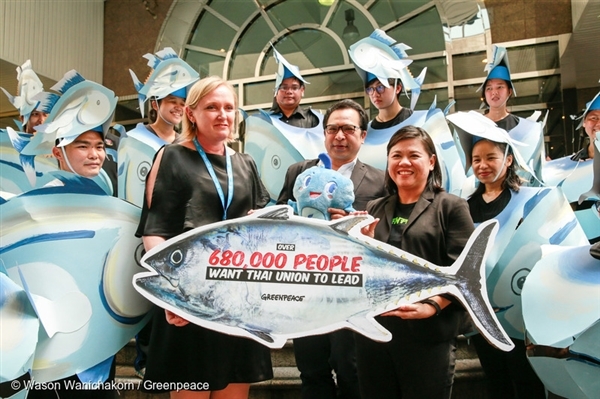 It took two years of relentless campaigning and nearly 700,000 concerned people from around the world, but Greenpeace have finally convinced the world’s largest tuna company to clean up its act!

Tuna giant Thai Union, which owns brands such as John West, Chicken of the Sea, Petit Navire, Mareblu, and Sealect, has committed to a series of changes to its business that will help to protect seafood workers, reduce destructive fishing practices and increase support for more sustainable fishing. This marks a major shift for the corporation, and sends a signal to the entire fishing industry to do better for the oceans and seafood industry workers.

As the world’s biggest tuna producer, one in five cans of tuna sold globally are canned by Thai Union. Greenpeace’s worldwide campaign to transform the tuna industry was launched two years ago, targeting its brands through tuna rankings, assessments of food service companies, supermarkets and other brands supplied by the company.

Thai Union was called upon to bring the tuna industry out of the shadows where a cycle of overexploitation, devastation and appalling labour practices flourish in the name of profit. Alongside several allies, unions, concerned members of the public and supporters, Greenpeace pushed the company toward a brighter future for our oceans, seafood workers and ocean-dependent communities.

From ships on the high seas, to supermarkets, industry conferences, and company headquarters, thousands of people including massive labour unions and human rights organizations joined the call for Thai Union to source more sustainably and responsibly. Together, they pushed companies supplied by Thai Union to sell better products and commit to policies that help workers and our oceans, including tackling practices like transshipment that fuel illegal activity and human rights abuses. 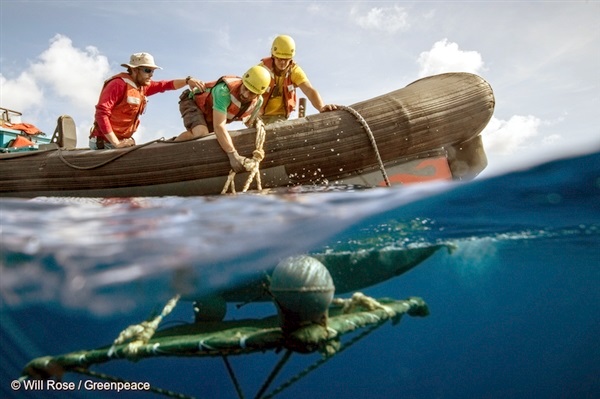 Thanks to the mounting pressure, starting immediately, the company will begin making the following changes across its global business: 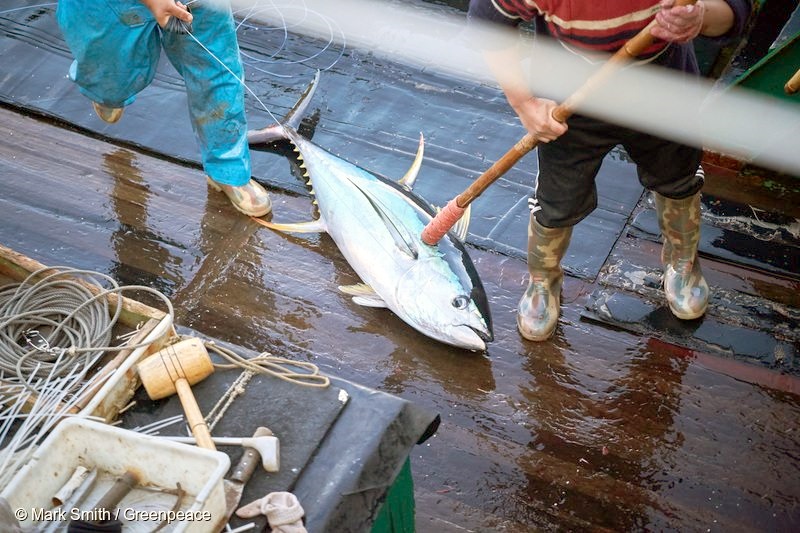 A yellowfin tuna lies on the deck of longline fishing vessel Dong Yu 1518 after being hauled in from the ship’s longline in the South Pacific albacore tuna fishery. The Rainbow Warrior travels into the Pacific to expose out of control tuna fisheries. Tuna fishing has been linked to shark finning, overfishing and human rights abuses.

Thai Union cannot and should not be taking this on alone. Not only will the vessels catching the fish need to fully cooperate for these commitments to turn into real action and positive change, but all major buyers and sellers of tuna need to recognize that the status quo is no longer acceptable. Supporting more sustainable and socially responsible fisheries – particularly those that are small-scale – is an essential part of any sound tuna sourcing policy. Customers should not have to choose between bad or better; all tuna should be responsibly-caught to help address the oceans’ overfishing crisis.

Thai Union’s commitment is not the end of the story when it comes to transforming the seafood industry. It is the continuation of a growing movement to stop companies from wreaking havoc on ocean ecosystems and people’s lives. We need to continue to hold companies accountable and all do our part to reduce the threats to our oceans. 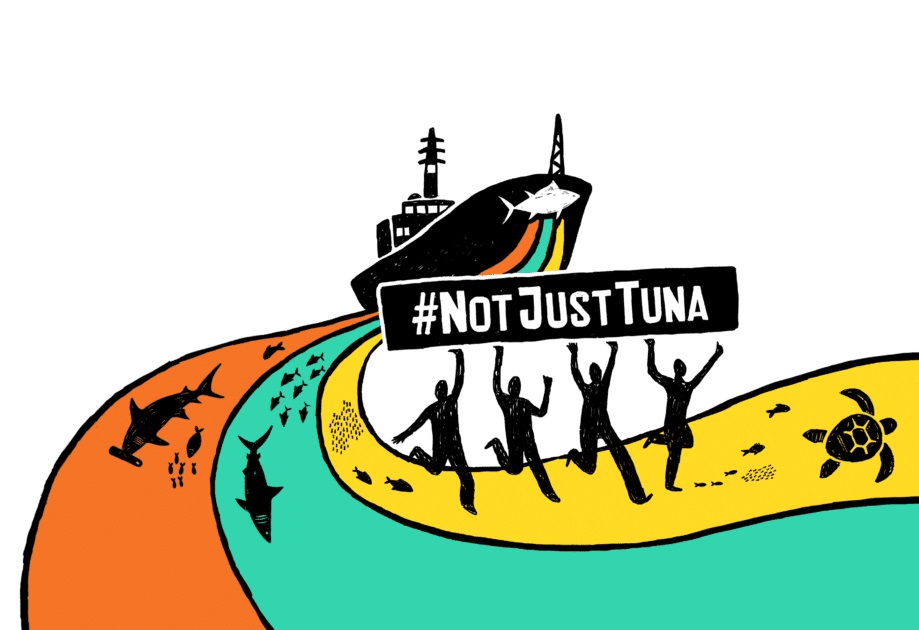 Help us take the fight to the rest of the seafood industry and support all of Greenpeace’s important campaign work here.

Sarah King is the Senior Oceans Strategist at Greenpeace Canada.