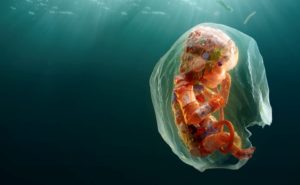 The Plastic Health Summit brings scientists, influencers and industry from all over the world together and presents the preliminary results of ground-breaking research by ZonMw.

The Plastic Health Summit will be held on October 3rd in Theater Amsterdam. Attendees of this international conference will be the first to hear the initial results of three Dutch studies which map out the human health risks of micro- and nanoplastics. This is the largest-scale plastic research of its kind to date and the first conference that focuses solely on the human health effects of these substances.

These three research pilot projects into the effects of micro- and nanoplastics on the human body are part of a total of fifteen scientific studies financed by ZonMw, a center for health research and care innovation. The studies started in April this year.

The Plastic Health Summit is being organized by the Amsterdam-based Plastic Soup Foundation, supported by ZonMw and the international Plastic Health Coalition, the latter of which consists of 12 environmental organizations and research institutes.

Does plastic make us ill?

Nienke Vrisekoop, assistant professor at the Department of Respiratory Medicine (UMC Utrecht) has discovered that “immune cells that recognize and attack microplastics end up dying.” At the summit, she will go into the details of her study.

Barbro Melgert, associate professor at the Department of Pharmacokinetics, Toxicology and Targeting, at the University of Groningen, has found results in her research on the effects of plastic microfibres on lung development.

The third project is by Professor of Toxicology Juliette Legler of the University of Utrecht. She is speeding up her research and hopes to present the first results of her studies on the presence of plastics in human placentas. Legler: “Scientific research in rodents indicates that small plastic particles can accumulate in the placenta. But can we translate this information to humans?”

Does plastic get into our blood?

The British organization Common Seas, one of the members of the Plastic Health Coalition, is trying to determine whether plastic gets into human blood and breast milk. Therefore, since December 2018 the organization has been financing unique research by the Vrije Universiteit Amsterdam. Jo Royle, the founder and CEO of Common Seas comments that “the rapid rise of plastic production and macro- and microplastic pollution is a ticking time bomb for a dizzying array of global human health risks. We know plastics harm us, but we have neither the scientific understanding, the expert consensus, nor the political or commercial will we need to drive change. Plastics are everywhere, so this affects everyone. And the slower we move, the more we risk.”

At the Plastic Health Summit, visitors will be asked to take part in blood tests in order for Common Seas to expand their project into the largest preliminary research piece ever. Jo Royle will explain how close she is to finding plastic in our blood at the summit.

Hormone disruptors in the urine of English journalists

Two other members of the coalition – Tegengif and A Plastic Planet – have tested the urine of two prominent British women: Liz Bonnin (biochemist and BBC presenter) and Lucy Siegle (journalist for the Guardian and the BBC). Both will be present at the summit, and Liz Bonnin will present the test results there.

A similar test was conducted last year on 14 Dutch influencers which showed that all test subjects had hormone disruptors such as plasticizers in their bodies. Some of these additives are included in the list of substances of very high concern compiled by the European Chemicals Agency (ECHA) because they may be detrimental to fertility and the health of the unborn child.

Given the ever-growing amount of evidence that plastics do make us ill, Plastic Soup Foundation has asked the Vrije Universiteit Amsterdam to examine a range of everyday household items from Europe and the USA for the presence of different types of plastic and additives. The first results will be presented on the third of October and Génon Jensen, executive director of the Health and Environment Alliance (HEAL) will ask policymakers to act quickly. Jensen states that “urgent action is needed from the new European Commission and Parliament to turn the ‘zero pollution ambition’ into reality through a clear action plan to prevent chemical pollution at the source.”

In the morning, there will be speeches by scientists from all over the world, among whom environmental health scientist Susan Shaw, who is the founder/CEO of the Shaw Institute. Earlier this year, Shaw was named one of seven women “Eco-Warriors” on the planet. She will speak on the health risks for firemen who work in an environment where burning plastics are present. In addition, Pete Myers, founder/CEO and chief scientist of Environmental Health Sciences, will give a presentation on chemical additives.

The afternoon program will consist of breakout sessions covering topics such as policy measures and the power of influencers. Participants include well-known names like Bella Lack, the 16-year-old British environmental activist who has more than 150,000 followers on Twitter; Björn Hansen, executive director of the European Chemicals Agency (ECHA); Sharon Lerner, investigative reporter with The Intercept; and Cyrill Gutsch, celebrated designer and founder of the non-profit organization Parley for the Oceans.

The conference will be moderated by journalist and television news presenter Twan Huys and will conclude with a round table discussion in which Huys is joined by biochemist and BBC presenter Liz Bonnin.

Maria Westerbos, the founder and director of Plastic Soup Foundation remarks that ‘with this Summit, we want to prove once and for all that plastic doesn’t just harm nature and animals, but also ourselves. If we want to give our children and their children a fair chance, then all this proof is enough to turn the tide.’

The Health and Environment Alliance (HEAL) is a partner of the Plastic Health Coalition.