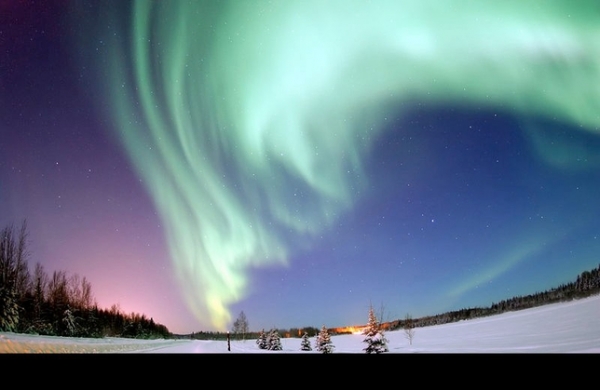 One of the most stunning natural events our atmosphere offers us is the Aurora Borealis, or Northern Lights. Waves of color dance across the sky during the night, displaying different colors and patterns. But what makes this happen?

The answer is an interesting combination of solar wind, magnetic fields, electrical currents, and at least one person standing around to go, “Oooohhhh. Aaaaahhh.”

The auroras, like so many events on our planet, are an interaction between the sun and earth. Solar wind, or gusts of charged solar particles sent off from the sun, interact with the planet’s magnetic field and atmosphere.

Marshall Brain of How Stuff Works explains it like this:

“Solar winds stream away from the sun at speeds of about one million miles per hour. When they reach the earth some 40 hours after leaving the sun, they followed the lines of magnetic force generated by the earth’s core and flow through the magnetosphere – a tear-dropped shaped area of highly charged electrical and magnetic fields. As the electrons enter the earth’s upper atmosphere, they encounter atoms of oxygen and nitrogen at altitudes from 20-200 miles above the earth’s surface.” 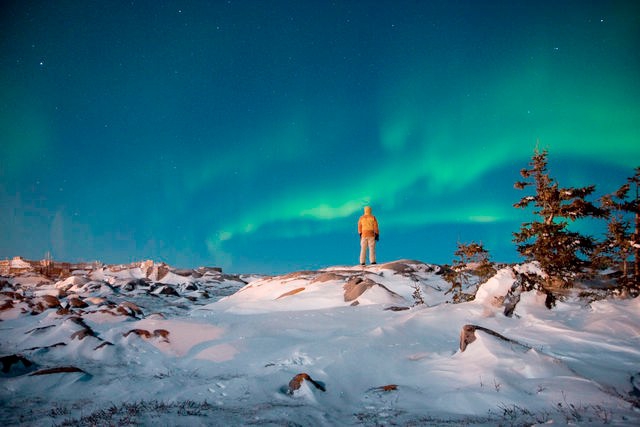 Churchill, Canada – one of the top three places on the planet to see the northern lights, especially in January through March. Image: Travel Manitoba / Flickr

So you can look up and know by the colors you’re seeing just how far up in the atmosphere particles are being affected.

If all that seems like too technical of an explanation, the Exploratorium explains it more succinctly: “The way the aurora works is a lot like a neon sign, except that in the aurora, the conducting gas is in the ionosphere, instead of a glass tube, and the current travels along magnetic field lines instead of copper wires.”

So, when is the best time of year to see the auroras? 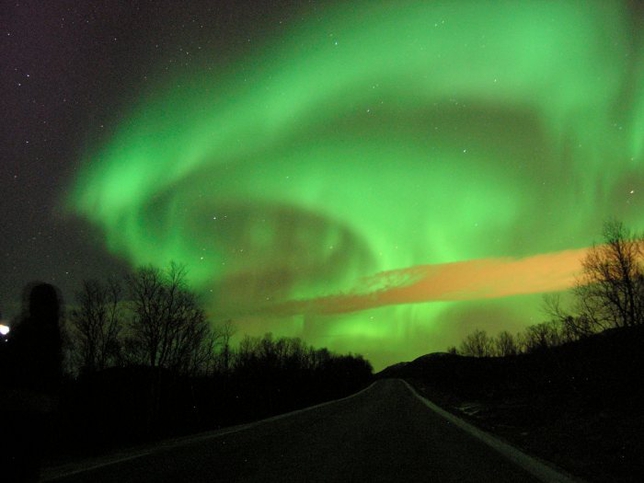 Chasing the Northern Lights around the city of Tromsø, in the Arctic part of Northern Norway. Image: Gunnar Hildonen / Flickr

Because the reactions are constantly changing, the aurora seems to flow or dance along in the sky. They typically move in an east-west direction. The best place to view them is closer to the poles, but they can be seen sometimes in lower latitudes, especially during large magnetic storms. They also commonly occur during spring and autumn. These are all factors to take into account if you’re planning a trip to see this mind-blowing display.

Few people get to see the auroras occur from above. Thanks to astronauts at the International Space Station, here is a video of this unbelievable spectacle: