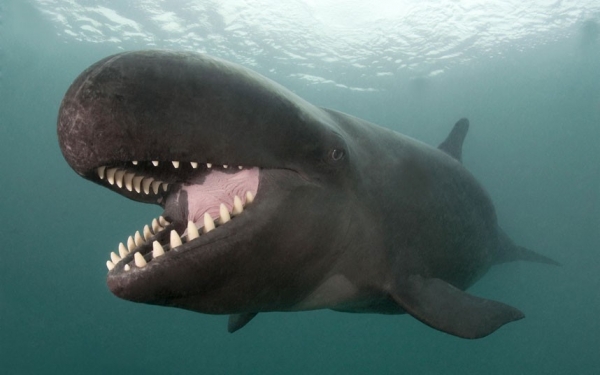 This photograph of a false killer whale patrolling the sea for food was taken off the coast of Kona, Hawaii by wildlife photographer Doug Perrine. Image: The Telegraph

My thanks go out to all the people who’ve cared about, assisted, contemplated and appreciated whales in general. Also to those who’ve had the sensitivity to wonder what the whales want or need – taking a moment to pause automatic human-doing and instead wish to know the animals’ wishes.

So, what do whales want at times of beaching? Obviously, the answer will be different each time, depending on the circumstance, causal factors, individuals and the collective (which is a very strong influencing factor in whale culture.)

The mass stranding of 20 false killer whales on Noordhoek Beach last month was challenging for all concerned, and has raised many questions and voices. The human voices are the loudest – and the most conflicted. What I’m about to write is intended to give voice to the whales. In my professional life as an animal communicator I’m often involved in wildlife rescue and rehabilitation cases, in the interests of helping the animals and human understanding.

When I and another animal communicator, Wynter Worsthorne, connected with the whole group who beached, we both got similar senses from them. The reason for the beaching was them being thrown off track in their navigation. They couldn’t maintain the original course they had set – and so found themselves in trouble in shallow water, with stress and confusion causing the final beaching. Those who were able to swim away didn’t want to leave their family of podmates.

The whales who beached were not unhealthy or sick. They had not been subjected to a sonic boom that might have caused them physical pain and malfunction. Their echolocation was working perfectly. Something else, almost magnetic in quality, caused a straying from course. The whales do not know the origin of the disturbance, and neither do I. I simply empathically connect with their experience – so if they don’t know, I don’t know. Back in the human world our scientists would best be able to comment on what could cause such an effect – but to the whales, it’s a mystery.

Of the 20 whales who beached, some died naturally, some were euthanased in situ after veterinary evaluation, and the remaining five were transported by road to the naval base on the opposite coast. Here they were loaded onto boats and taken out to calmer seas, where they were successfully released and seen strongly swimming away together in formation.

Too weak for deeper waters

A couple of hours after that I connected telepathically with the five survivors, only to have them tell me they were going to beach again and wanted to die. They asked me to come find them physically so that I could help accelerate that process and support them in their transition.

I phoned a friend to help with the drive and search and we set off into the dark unknown. A few kilometres into our coastal drive, we stopped in a parking lot and I tuned in again to ask where they were. The feeling came back that we should go around one more corner. After doing that, I felt a strong pull to my left so we doubled back at the first road we could find, and discovered a beach I didn’t know existed – with three whales struggling in the shallows.

They were suffocating, drowning and in convulsions of physical distress. When I asked why they wanted to die after being successfully rescued earlier in the day, they conveyed that the trauma of what they’d been through in the day was too much to survive. Well-meaning and even appropriate intervention with all its logistical elements plus the manhandling, had been too much. Too long out of the water, too much stress, etc.

It was obvious that these three whales were near their end. They did not want to be re-floated and were highly stressed by an attempt to do so. Once we’d alerted the City of Cape Town authorities to come down to the beach, we were able to support the whales’ breathing somewhat in the rough surf conditions and furthermore offer them the energetic support they wanted. That means calm energy, quietness, good intentions and compassionate witnessing. It does not mean physical holding or comfort (which humans often project onto wild animals who really do not want to be groped or “cuddled” by humans).

Thanks to the tenacious efforts of the already-exhausted City rescue lead, the distressed whales were mercifully euthanased in the early hours of Monday morning. The remaining two rescued whales died later that morning elsewhere. Sadly, they are now all accounted for.

So, if the question is “What did these whales want?” then the answer is that initially they didn’t want to die. However it was inevitable for many of them due to the stranding itself. The rescue attempts were well-meaning and valiant, but ultimately too stressful for those five whales to survive on top of what they’d already been through.

One of the lessons from all of this is that Cape Town should look at adopting a version of the international protocol on dealing with marine mammal strandings, to aid the timing and quality of decision-making in times of crisis. Currently so much energy is spent on faction-fighting (yes, even between the non-profit and conservation organisations) and general disarray on the day that a clear path to assisting the animals isn’t easy. Literally (due to the public congesting the beaches and roads) and figuratively.

There’s also a lot of difference in opinion about what’s best to do – on the day and for countless weeks and months of arguing afterwards. This is where I see animal communication making a major difference to how strandings are handled. By finding out directly from the animal themselves what they want and need, humans can relieve themselves of the enormous and fraught task of decision-making under all sorts of pressures. Most importantly, the animals’ individual and collective needs could better be met by the humans genuinely wanting to help them.

For each situation and each individual whale, the answers might be different. There’s no point in generalising or theorising. How about we simply ask the whales what THEY want, and then honour their wishes as best we can? That’s the kind of rescue that’s possible.