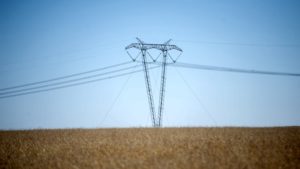 For South Africa to really contribute to the global efforts to save our planet from climate change and ecological devastation, we first need to put our house in order. Image: Delwyn Verasamy / Mail & Guardian

There is a question mark in the headline precisely because whatever new Green Deal there was in the making in South Africa has come to a standstill. Elements of it were contained in the National Growth Plan (NGP), the National Development Plan (NDP), the Green Fund run by the Development Bank of SA (DBSA) and an endless caravan of policy papers, conferences and jamborees on the Green Economy that promised heaven on earth.

The fractured policy landscape tells a story of its own: the incoherence of South Africa’s own Green Deal (which is not called this by name but is pretty much what is contained in various policy programmes). The NGP that led to a Green Accord, supported by the unions, talked about 300,000 green jobs. Perhaps the exact numbers are pointless now, given that thick dust has accumulated on these documents.

The last elections were telling because much of the politics was about winning power rather than the real issues. Personalities caught the bulk of the attention. The usual green and climate-change platitudes were more din than real. Mainstream parties had to put these platitudes out there to green their pointless manifestos.

South Africa’s green deal is best described as “start, take a spurt, stop, and restart”. A maddening display of schizophrenic or manic policy pursuits and responses to the global climate change challenge and industrial pollution in South Africa.

The Renewable Energy Independent Power Producers’ Programme is still in limbo, and even if it goes ahead, Eskom and Sasol will continue to spew toxic pollutants because they keep postponing air pollution control measures, and have done so for the last decade. They have renewed their call for more exemptions.