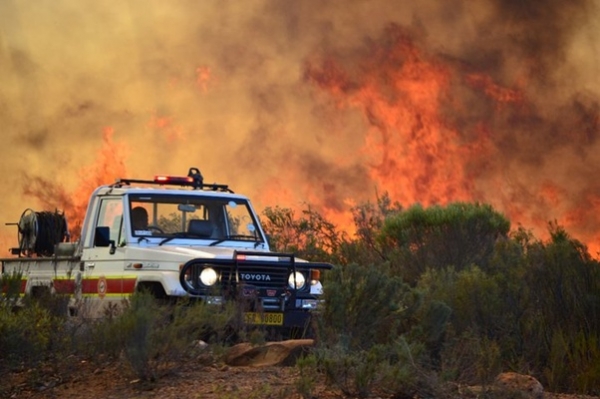 The recent fire in the Somerset West area that destroyed ten homes and parts of the Helderberg Nature Reserve has put the spotlight on controlled fires once again.

The fire broke out at about 08:00 on Saturday 16 April 2011. It was first believed that the fire started in the Helderberg Nature Reserve, but the City of Cape Town’s fire department confirmed that a controlled fire on a farm at Erinvale Estate in Somerset West is likely to have caused the fire.

According to Cape Argus a controlled fire (also known as ‘environmental burn’) was started at Erinvale Estate on Wednesday the 13th of April 2011. The aim was to reinvigorate old fynbos. The fire was extinguished before nightfall and on Friday the contractors that manned the fire declared the area safe and stated that no flare-ups occurred.

The blaze however ignited on Saturday morning and strong winds blew it into the Helderberg Nature Reserve. After this the fire raged out of control and in the process a four star hotel, The Straightway Head Country Hotel, was badly damaged.

After a huge rescue effort from more than 200 fire fighters the fire was extinguished on Sunday 17 April 2011.

The Green Times investigated the purpose of controlled fires and what precautions can be taken to ensure the safety of the environment.

What exactly is a controlled fire?

Controlled burn is the process whereby a designated area is intentionally set alight. The fire is extinguished after a specific period. The goal can be twofold: To prevent future fires from breaking out or to reinvigorate plants (especially Fynbos in Western Cape).

Why is it necessary?

One could ask the question: Why would somebody deliberately set a piece of veld or forest alight and in the process destroy wildlife?

According to experts the initial charred-earth appearance lasts only a few weeks and the long term effects of this artificial process far outweigh the temporarily unattractive fields.

The Helderberg Nature Reserve’s spokesperson, Mr Owen Witteridge says fire is one of the key characteristics of the Cape Floristic Region. It is one of the six plant kingdoms of the world and the one with the most species. It consists of approximately 8600 species and 68% of those occur nowhere else in the world.

‘Often areas are cut off from natural fire cycles. The veld then becomes overgrown and the plants, shrubs and trees struggle to survive and eventually die off. A fire gets rid of all the ‘deadwood’ and affords the current seed bank a chance to germinate. This is how a new, healthy and uncluttered veld starts a new cycle of growth,’ Witteridge said. 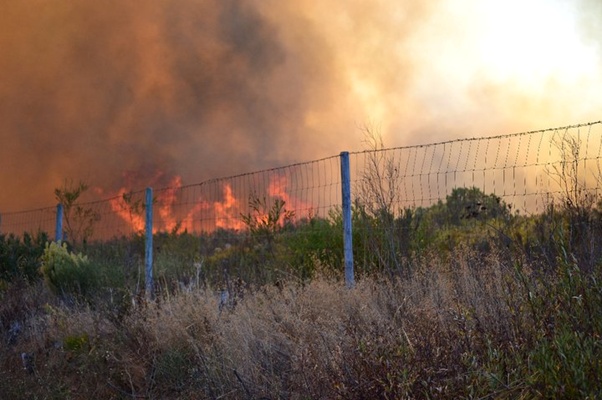 How does a controlled fire get out of control?

Mr Mike Porter a wildlife expert from the Noble Research Institute says safety precautions are of upmost importance when starting a controlled fire.

‘Management is not finished after a burn is extinguished,’ Porter says.

Despite these precautions experts say it is possible for an ‘extinguished’ fire to reignite. A gust of wind can easily reignite a fire.