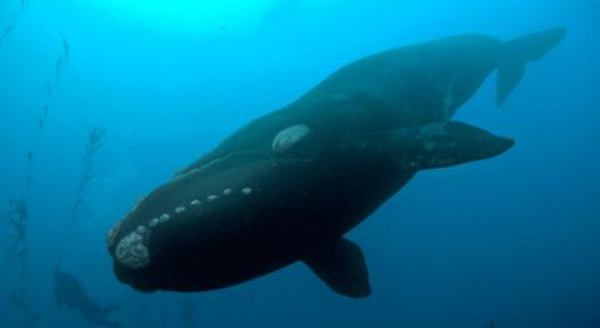 One of the world’s rarest whale species seems to have deserted its habitual feeding grounds during 2012 – and scientists think climate change may be a factor.

A mystery is unfolding in the waters of the North Atlantic. Every summer and autumn, numbers of North Atlantic right whales gather in the waters between the eastern Canadian provinces of New Brunswick and Nova Scotia to feed on massive amounts of zooplankton.

But this year the right whales – one of the rarest and most endangered animals on earth – have not turned up in a stretch of water called the Bay of Fundy.

While no-one is sure what is causing the change in the whales’ behaviour, a report in the Yale environment360 online magazine says alterations in the whales’ feeding patterns are taking place against a backdrop of major climate-related ecosystem shifts throughout the north-west Atlantic Ocean.

The right whale – Eubalaena glacialis – came by its name because it was considered by whalers as “the right whale” to hunt, due to its large concentrations of valuable blubber. It was also easy prey: adult right whales average between 12 and 16 metres in length and can weigh up to 70 tons. They move relatively slowly through the water and float when killed, making them easy to handle.

At one stage the North Atlantic right whale was hunted to the point of extinction: in recent years numbers have grown to more than 500 individuals.

Marine scientists are now investigating whether changes in water temperature are responsible for shifting the whales’ food supplies and so causing their migratory pattern to alter. 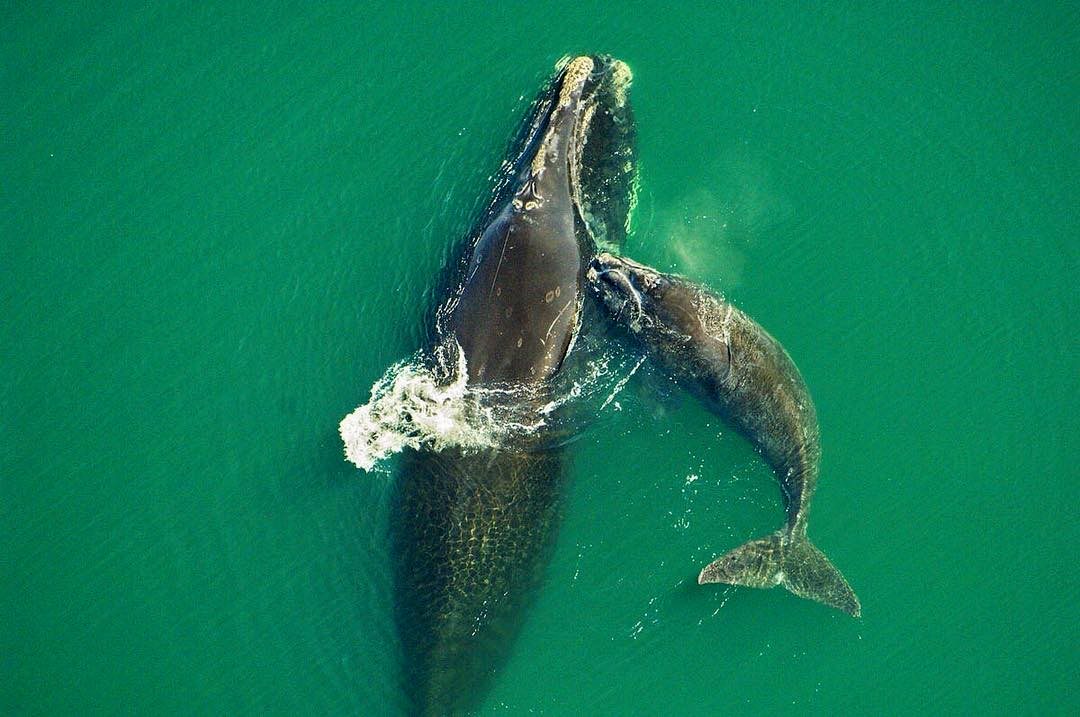 In 2012 waters in the Gulf of Maine and elsewhere in the north-western Atlantic underwent a sharp rise in temperature due, say scientists, both to long-term climate change and to an unusually warm year in the area. In the continental US, 2012 was the hottest summer ever recorded.

Various marine species, including cod and red hake, have been moving more to the north in recent years. A study by the US National Oceanic and Atmospheric Administration found that of 36 fish stocks examined, more than half were shifting northwards or to greater depths to compensate for warming water temperatures. Lobster and shrimp – vital to the Gulf of Maine’s fishing industry – are also believed to be moving to cooler waters further north.

Shifts in stocks of species at the base of the food chain – phytoplankton and zooplankton – are thought to be due both to warming waters in the north-west Atlantic and to changes in ocean currents. Scientists have shown that the melt of Arctic sea ice, together with more melting of ice sheets in Greenland and Canada, is likely to mean more freshwater being poured into the north-west Atlantic, leading to increased stratification of ocean waters and alterations in plankton stocks.

But the disappearance of right whales from their usual autumn feeding ground in the Bay of Fundy remains a mystery. Some have been reported in waters well to the north. In winter, large numbers have been sighted further south, in Cape Cod Bay, off the US coast.

In winter right whales usually move more than 1,000 miles south to breeding grounds off the coasts of the states of Georgia and Florida. Now, with waters staying relatively warm further north, they might be changing their migratory behaviour, deciding not to make the long journey south in the winter months.