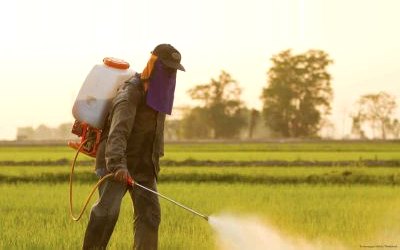 The chemical industry’s stronghold over many of the world’s largest and most influential regulatory trendsetters appears to be waning after the World Health Organization (WHO), defying the propaganda endorsements of U.S. regulatory agencies, found that Monsanto’s Roundup herbicide, which contains the weed-killing chemical glyphosate, “probably” causes cancer in animals and humans.

Published in the journal The Lancet Oncology, the groundbreaking report tacks glyphosate as “probably carcinogenic to humans,” listing it as the second-highest classification for substances that could cause cancer — just below “known carcinogen.” Included in the paper is abundant evidence proving that glyphosate negatively impacts the human body, having repeatedly been detected in the blood and urine of agricultural workers exposed to it.

A cause of kidney cancer & skin tumors

Based on an assessment of various case-control studies of occupational exposure to glyphosate conducted in the U.S., Canada and Sweden, the research team noted increased risks for non-Hodgkin lymphoma, even after accounting for exposure to other pesticides. Mice exposed to glyphosate also showed higher incidences of renal tubule carcinoma, a rare form of kidney cancer.

Other types of cancer shown to develop as a result of glyphosate exposure included haemangiosarcoma (a type of cancer common in dogs), pancreatic islet-cell adenoma and skin tumors. The researchers also noted that aminomethylphosphoric acid (AMPA) — which occurs when glyphosate is broken down by soil organisms — is present in human blood as well, indicating absorption.

These and other critical observations suggest that glyphosate actively poisons the human body, a fact vehemently denied by Monsanto. Glyphosate and glyphosate formulations were also shown to induce DNA and chromosomal damage in mammals, including humans, as well as oxidative stress (which leads to chronic inflammation), and of course cell damage.

The full paper can be viewed for free here.

These latest findings affirm what many independent scientists and researchers have been discovering in recent years about the world’s most popular herbicide. But the findings also contradict the official position of the U.S. government, which claims that glyphosate herbicide is “safe” — so much so that the U.S. Environmental Protection Agency (EPA) in 2013 actually upped the tolerance level for glyphosate on food crops.

The EPA continues to claim that the available evidence supporting glyphosate’s potential to induce cancer is “inadequate.” But the agency, responding to the publishing of the WHO report, now says that it plans to “consider” the U.N. agency’s findings and perhaps take action in the future. At the same time, the EPA does admit that glyphosate can cause major kidney damage in humans, as well as inhibit normal reproduction, promote lung congestion and increase people’s breathing rates.

Monsanto, of course, opposes the new findings, declaring them to be a “dramatic departure” from the conclusion reached by “all regulatory agencies around the globe.” But it’s a recognized fact that Monsanto and other chemical companies have infiltrated regulatory agencies the world over, influencing them to promote the use of unsafe but highly-profitable chemicals. The Food and Drug Administration (FDA) is one example.

“Monsanto’s takeover essentially of the FDA has been replicated around the world,” says Institute for Responsible Technology researcher Jeffrey M. Smith. “I’ve been in 37 countries and I’ve seen how they ‘capture’ regulators, ministries, departments, etc., and once that happens, they discredit and dismiss any adverse findings about GMOs — they don’t even read the dossier.” In this case, of course, it’s the blatant dismissal of adverse findings about chemicals that’s cause for concern.

An earlier study conducted by the U.S. Geological Survey, published in the journal Environmental Toxicology and Chemistry in 2014, found that in some areas, 75 percent of air and rain samples are contaminated with glyphosates.