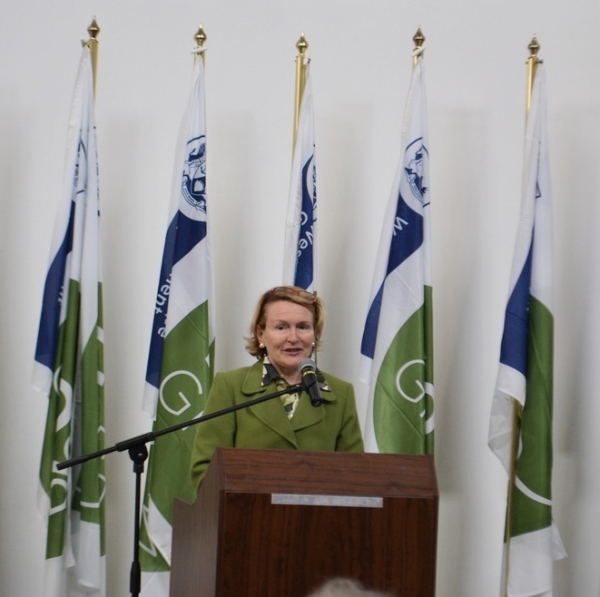 The title of this post is from a children’s book: “Who flung dung?” by Ben Redlich. The post however, pertains to a more serious issue:

Earlier this month, the Provincial Government of the Western Cape celebrated the first anniverary of their 110% Green initiative on World Environment Day in Khayelitsha… and found themselves pelted with human feces by members of the ANC Youth League. Reclaim Camissa’s Caron von Zeil was there to witness the spectacle.

For myself, this gathering was a meaningful one for those involved in the green economy, especially for organisations like ours – still battling the red tape, which Premier Helen Zille has once more committed to cutting, in favour of the green and therefore the longterm benefits of switching to an economy, which respects our finite natural resources whilst benefitting people.

Hosting the event in Khayelitsha was the right thing to do, given the inequality that still exists in our divided city. This was made obvious by the very moving message given by Mama Christina of Abalimi Bezekhaya. And the lady (whose name I did not catch) who spoke of the “three Rs”: Reduce, Reuse, Recycle. So pertinent to turn our waste into assets, as long advised by ZERI’s Gunter Pauli who has tirelessly promoted the “blue economy” model. 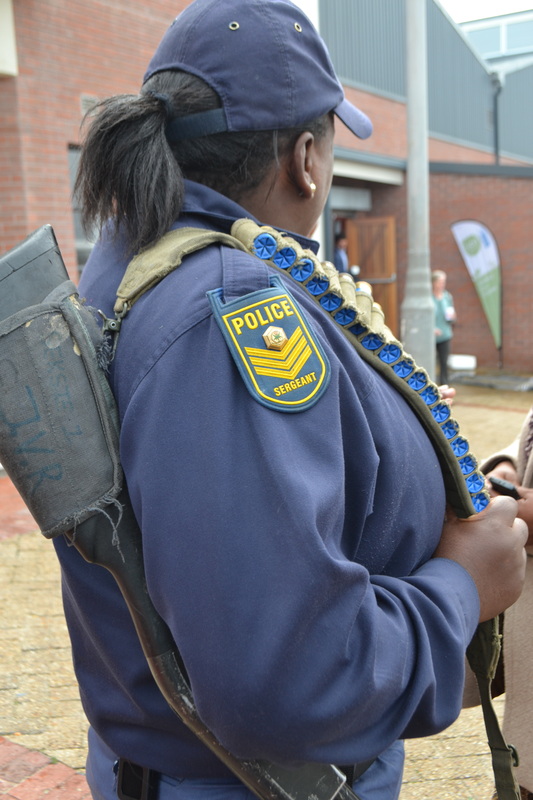 Reminiscent of Apartheid days, for those of us who were active in the struggle – the fear of the situation getting out of hand, the huge police presence and tear gas to disperse the protestors – the ‘flung dung’ did not put a damper on the event for me, even though returning to town in the ethanol powered bus – now literally full of biogas, was not pleasant.

Despite the ANCYL’s protest being condemned, it was very effective!

The sanitation issues in the ‘former’ townships of Cape Town, are a very serious problem. And are having a disastrous impact on the environment – leaching into the Cape Flats Aquifer Unit (CFAU) and rivers, due to spillage and toilets blowing over; and could potentially have a dramatic impact on public health in the form of Cholera – if not already affecting increased diahoreal disease issues (the worst protagonist of infant mortality) within the community.

Should you have any doubt as to whether Cholera presents a real threat (or not), I highly recommend reading “Ghost Map” by Steven Johnson, in which the outbreak of the epidemic in Victorian London is described. 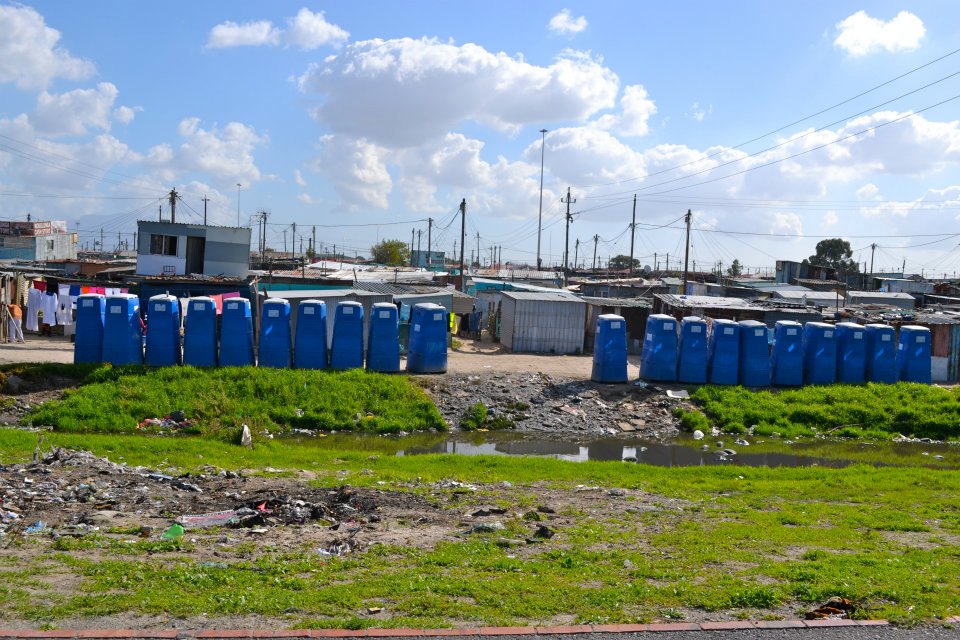 The portable toilets along the banks of the sluggish Cape Flats rivers has been a major issue of concern to me for some years. A few months ago I engaged in an open dialogue session with the Social Justice Coalition in Khayelitsha around their mandate of safety and sanitation. Armed with a knowledge of the natural systems, urban systems and resultant social problems of the Cape Flats, the following pertains.

PROBLEM: The natural environment is not a static set of resources provided for our consumption, but an integrated and dynamic set of systems, that both provides opportunities and imposes constraints upon development. Whoever is responsible for having located these banks of toilets, along our city’s waterways, deserves to be removed from their position of office. 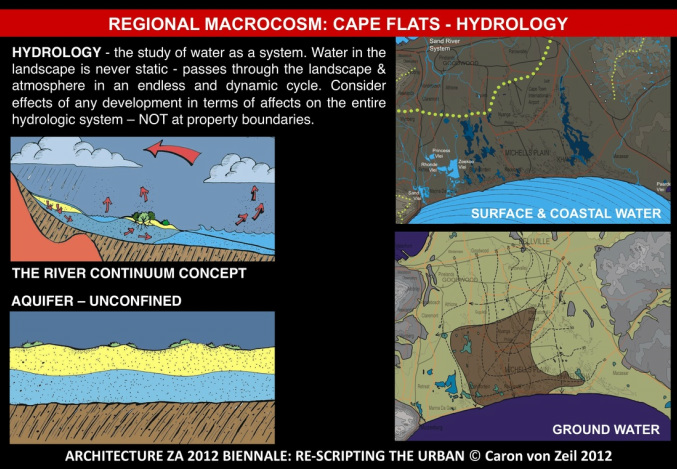 Ablutions are a daily necessity – where, in the context of the Cape Flats, heinous crimes are committed – not only to the environment, but people are robbed and raped. Toilets on the riverbanks of the Cape Flats are ludicrous. As the 1st Environmental Law of South Africa prescribed: “Moenie in die water kak nie” (Placaat 12 of 1655) …358 years later… en ons kak nog steeds in die water!

SOLUTION: If, instead of these chemical toilets, biogas digestors were to be installed we could ‘kill many birds with one stone’…

By locating biogas digestors in more appropriate areas and better dispersed among the settlement area, this would provide a very real opportunity for the resultant biogas to be tapped; and used for heating or cooking purposes. It could potentially be run by an entrepreneur or the CoCT or the PGWC and the resultant gas, could be supplied in canisters to individuals; or be hooked up to public areas – as described in the photographs, below. Currently, those supplying cooked food burn recycled timber, comprised of scrap – often in the form of painted/treated material which is noxious and carcinogenic.

This would protect our water resources on the Cape Flats; reduce environmental pollution and public health issues; reduce poverty; and provide a very positive outcome in terms of the green economy. 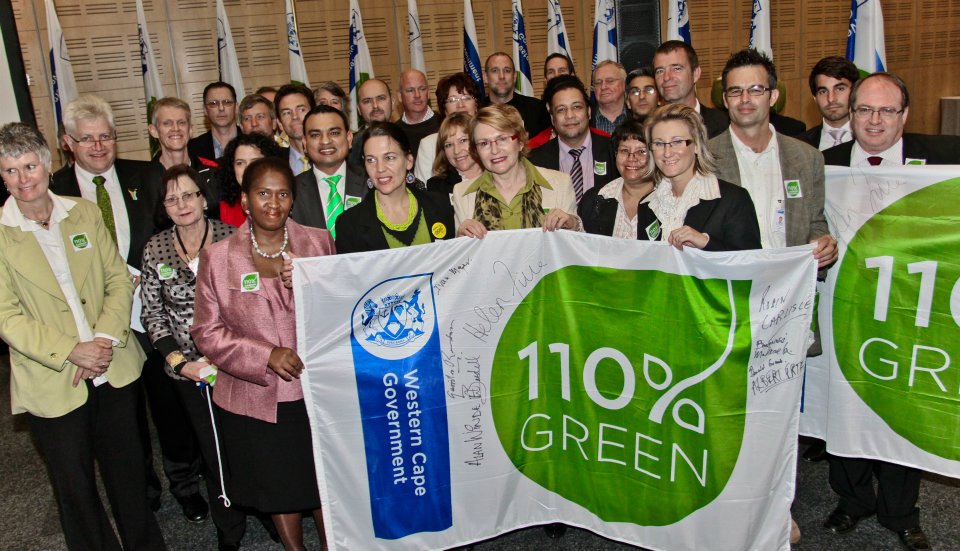 What is the green economy?

“The latest innovation in ecology protection involves the process of including nature into economic calculations as “natural capital” in order to conserve it. Turning away from systems of pollution towards a green investment scenario, as coined by the United Nations, the world should see higher economic growth and lower unemployment.” Find out more here.