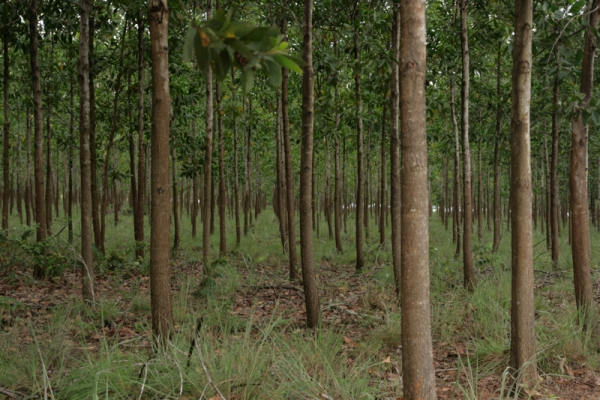 The history of the South African English newspaper industry goes back hundreds of years as mining tycoons acquired newspapers through Johannesburg Consolidated Investments, a subsidiary of mining giant Anglo American.

From as far back as when people knew how to write and had something to write on, they made their own forms of newspapers. Through the years, with the advancing technology behind the publishing business, newspapers have advanced to the stage where they are today. But now they have a couple of additions such as columns, photos, colored pages, inserts, etc with millions of people subscribed to newspapers, whether they’re daily, weekly or national newspapers.

But since online-newspapers stepped to the fore, newspapers have come under some pressure from the hundreds of free online news sources widely available on the internet. But how good are printed, or online newspapers, for that matter, for the planet?

“We first started off printing on paper too, but soon realized that this was not the greenest route to take, and not sustainable. Money indicates carbon consumption, so the mere fact that publishing online is easier to keep going, already indicates to me that we are emitting less carbon. Yet this is very difficult to quantify. There are certainly pros and cons. On the positive side stories we publish are forever available on the internet to be read at any time – and environmental news doesn’t age much. Stories I wrote 22 years ago are still relevant today, as our country is moving in the green directions so slowly. So all those who are doing good green work benefit from using our green platform to distribute their news. We have become known for green news and many other publications source green news from us – and we take this as a compliment.

The younger generation certainly read online rather than paper newspapers. They have the future of our nation in their hands, so we do want to reach them too. On the downside, I have heard than less than 15% of South Africans are online, so we are missing a large portion of the nation. Yet those with a huge carbon footprint, whom we are trying to encourage to mitigate their damage and change their lifestyles, are exactly the online readers. So it is spot on for our purposes. We have also printed some tabloids along the Climate Train for distribution to those folk who are not online and need to read climate adaptation news in print.

Although studies suggest that the internet releases around 300 million tones of CO2 – as much as all the coal, oil, and gas burned in Turkey or Poland in one year , it is interesting to note that one UK paper-based publication [which one?] is responsible for at least 1% of the global CO2 emissions. All carbon footprints are hard to pin down accurately, but the internet is particularly difficult. Not only because the ‘net’ consists of millions or even billions of machines owned by countless people and companies. There is also another problem – even if we knew exactly how much energy all these devices consumed (which we don’t), we still wouldn’t know how much of that energy was spent on offline jobs (such as creating documents in Microsoft Office) and how much was spent on online jobs (such as emailing ect) .

There are some distinct eco advantages to having online newspapers, like speed, flexibility, relevance, creativity, and of course the all important conversations with readers. So no longer is news a one-way lecture, but a two-way conversation happening in our society In the green arena this is of particular importance, as we certainly need all on board to help work out sustainable solutions to pressing environmental problems. Green Times believes that every voice counts, so they have created a community contributing and writing the news together. Hence also their training programme of eco journalists. Every little action on the ground could add to esome inspiration to some reader to make a small change, so any constructive news, whether large or small, is featured.

Although it’s difficult to estimate the carbon footprint of printed newspapers the carbon footprint depends not only on production, printing and transport, but also whether the consumer recycles it after use. And how often is one newspaper used? How many people get to see it? Do communities share newspapers, or are too many people still purchasing one just for themselves? They see it once, and then it’s tossed away. This is significant because sending paper to landfill not only produces the greenhouse gas methane, but also increases the amount of virgin stock that needs to be produced

Another factor is the simple amount of paper used., necessitating more water to more thirsty pine plantations again on a continent with very serious water constraints. For his book How Bad Are Bananas? Mike Berners-Lee used his kitchen scales to work out what the approximate carbon footprint of various newspapers would be if they all used average carbon-efficient paper stock and printers. The results were as follows:

(If you added in all the journalism, too, such as offices and reporter travel, these figures would go up considerably)

In reality, however, different paper sources vary widely. For example, the Guardian Media Group switched over to a Norwegian paper mill that – [is this now in SA or where?] due to its low-carbon energy supply – has emissions which the Guardian estimates to be a staggering 100 times lower than that of a UK mill using exclusively recycled pulp, even once the longer-distance transport is included. [where are these papers published – give context]

So the carbon footprint of a newspaper depends on a whole host of factors. At the highest end of the spectrum, purchasing seven bulky papers each week, all of them printed on typical paper stock and ultimately sent to landfill, could create as much as a tonne of CO2e each year. That’s comparable to two short-haul flights. At the other end of the scale, a slim weekly newspaper printed on low-carbon stock and consistently recycled might add only a few kilos to your annual footprint – equivalent to a couple of cheeseburgers or driving just 5 to 10 miles? [localize your content] in a typical car. How does this compare with reading news online?

According to Mike, if you browse for an hour a week on a 50-watt laptop, you emit less carbon and use less water than a weekly paper, even if the direct electricity impact is scaled up by a factor of five ‘to take account of the production of the laptop, the running of your network and the electricity consumed by all the hubs and servers around the world that support the websites you browse’