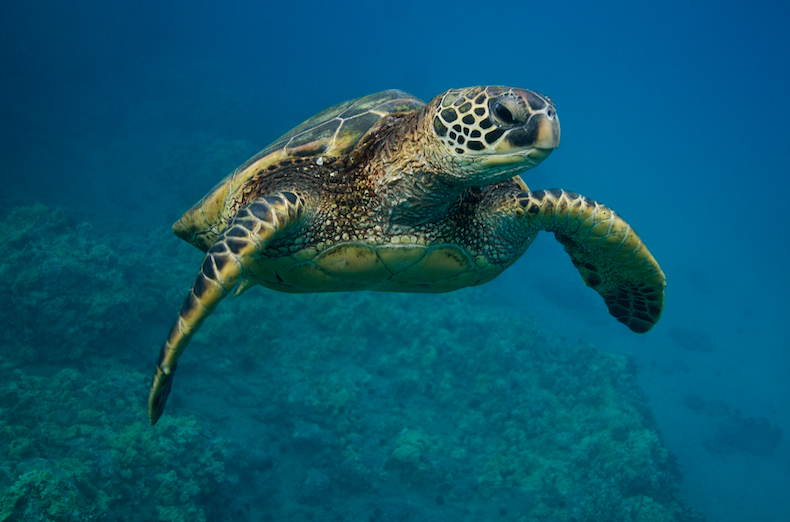 Sea turtles in South Africa are getting smaller – and scientists are trying to find out why, and how this will affect future populations.

“What we are finding is that the size at reproduction of individual loggerhead and leatherback turtles is getting smaller over time, and we are gearing our research to find out what could be the cause,” said NMMU’s Head of Zoology, Associate Professor Ronel Nel, one of the world’s leading sea turtle researchers.

“This could also impact on the population in the future … If they are small, the threat from predators [such as sharks, dolphin fish, kingfish and ghost crabs and sea birds] is greater, as they can’t swim as fast, so can’t escape,” said Nel, who has been conducting sea turtle research for the past 14 years. She is the regional vice-chair of the International Union for Conservation of Nature (IUCN) Marine Turtle Specialist Group, an advisory committee member for IOSEA (Indian Ocean and South-East Asia region) Marine Turtles, and a member of the Western Indian Ocean Marine Turtle Task Force.

Nel said the benchmark age for loggerhead turtles to reach sexual maturity is 36 years. This is the age the adult females return to the beaches where they were born, to lay their eggs, after spending several decades living in an oceanic environment.

“Once a sea turtle reaches sexual maturity, it doesn’t grow any more … What this means is that those turtles that show a decline in size, will never catch up [to traditional size norms].”

She said changing sea temperatures could also impact turtle growth, particularly loggerhead turtles (which were much smaller than the 400kg to 500kg leatherback turtles). “If the sea is too cold, their growth will slow down – as turtles are cold-blooded.”

South Africa’s sea turtles spend a lot of their lives in the cold Benguela current on the west coast of the country. “Their metabolism is dependent on their environment – they don’t regulate their own body temperature. Turtles tend to lose energy during the day, when their body temperature is lower, as they swallow lots of cold water when feeding.”

Scientists are also trying to determine the impact of smaller females on the reproduction output. “Do they lay fewer eggs of the same size, or the same number, but much smaller eggs? Are the hatchlings smaller? Smaller hatchling size could impact on their fitness [as a species].”

Some of these questions are already being answered, thanks to good baseline research in South Africa, spanning the last 40 to 50 years.

“What we are finding is that despite the change in the size of individuals, they are laying the same number of eggs, but the eggs are getting smaller. The hatchlings are smaller – and the adults will likely be smaller.

“Because South Africa has such a good baseline of research, we can build a whole bunch of new research questions … It is a good springboard for future work.”

Over the last breeding season (2014/5), South Africa experienced its largest number of hatchling strandings yet recorded – with sea pollution found to be the cause.

About 200 turtle hatchlings washed up dead on South Africa’s beaches – and necropsies on the dead animals revealed that most of them had ingested plastic.

“Scientists noticed a huge amount of plastics in their gut, such as bottle lids, which punctured their intestines, bladder and other organs,” said Nel.

She said turtles were unable to regurgitate, so once they had ingested something, it had to work its way through their systems.

“Hard plastics with sharp edges are a problem. Smaller turtles are extremely vulnerable to this.”

Despite the deaths of the hatchlings, sea turtle researchers in South Africa were celebrating the rise in population numbers of the country’s loggerhead turtles.

“The loggerhead population has been a conservation success of international proportion. Their numbers are double the conservation target set 50 years ago.”

Their status has changed from “endangered” to “near-threatened”.

However, leatherback turtles remain a conservation concern. “In South Africa, their numbers have not increased over time and they are still listed as critically-endangered, despite other international successes.

“However, our research has concluded that the problem is not on South African beaches or conservation areas under our jurisdiction. Sea turtles on land in South Africa are as well off as they could be.”

NMMU PhD student Linda Harris has completed the world’s leading study of beach biodiversity, recording more than 500 species in the dune and surf zones of South Africa’s beaches, many of which are found nowhere else in the world.

Nel, who supervised the student, said some species – like the sea snail Bullia rhodostoma – was found only on the Cape south coast. “It only occurs in that 30m wide stretch of sand along the coast between Cape Town and Port Elizabeth, and nowhere else on earth.”

The student combined 40 years of research, benchmarking the state of South Africa’s beaches and their biodiversity, along the country’s entire coastline.

“We have managed to work out how unique our beaches are, but also how some aspects are under-protected,” said Nel.

She said the beach was often “left vulnerable” between marine protected areas (which go up to the high water mark) and terrestrial areas (which stop at the beach), leaving an unprotected gap in the middle. “The beach is at the interface between these two systems. They need protection from both sides.”