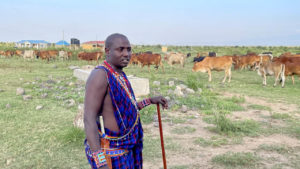 The Masaai people have been badly hit by the drop in tourism. Image: Saskya Vandoorne

With borders closed during the pandemic, Kenya’s billion-dollar tourism industry has lost over 80% of its revenue.

In a report from Amboseli National Park, CNN’s Larry Madowo joins the Kenya Wildlife Service as they conduct the country’s first ever National Wildlife Census.

Najib Balala, Kenya’s Tourism Minister, tells Madowo that the industry is not expected to recover until 2024.

“Can tourism survive until 2024? We need to rethink and remodel our way of doing things so that we can survive until tourism rebounces.”

The wildlife researcher diligently marks his notepad as the elephants come into view, eager to not miss a single one in his count. 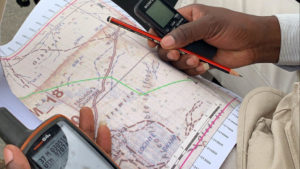 Meanwhile the pilot, flying high in a helicopter above the park, circles around the herd to reveal a clearer view of the pack – and an extremely rare set of twin baby elephants among them.

“The last time Kenya recorded elephant twins was 40 years ago,” Najib Balala, Kenya’s tourism minister, says over the crackly headphone set.
In the span of the pandemic, Kenya has seen a baby boom of over 200 elephants, or “Covid gifts” as Balala calls them.

That question has triggered Kenya’s most ambitious conservation effort yet: counting every single animal and marine life in all 58 national parks across the country for the first time ever.

The great wildlife census will be critical to understanding and protecting the more than 1,000 species which are native to Kenya, some of which have seen alarming population declines over the last few decades, according to scientists. 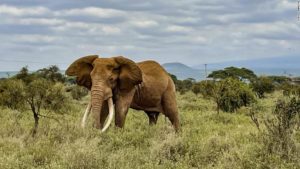 They will focus on rare species, including the pangolin – often illegally traded – the sitatunga antelope, aardvarks and hedgehogs, none of which have ever been counted before.

This unprecedented level of data will help Kenya better understand its wildlife and the various threats facing it today – such as climate change, human-wildlife conflict and shrinking habitats amid the growing competition for land use.

For decades, the Maasai people have given up land for some of Kenya’s most famous parks. Noah Lemaiyan – a herdsman clad in a red and blue shawl – lives on the outskirts of Amboseli. Since the tourists stopped coming, he says, the income for his village has dried up.
“Women used to make bracelets and necklaces,” he says. “But now we have to sell one cow to buy food.” 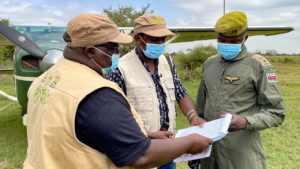 Conservationists are trying to count every single animal in Kenya. Image: Saskya Vandoorne

Lemaiyan is also struggling with a shortage of water – crucial to keep his herd alive.

Dr. Patrick Omondi, the acting director of biodiversity, research and planning at KWS, hopes the census will give them a better understanding of how erratic weather patterns are affecting the animals and have forced habitats to change.

“We will establish where these wildlife are in time and space,” he says – which will enable them to create a more robust management plan.
“We have seen wildlife going into spaces they have not been in 50 years,” he adds.

By the end of July, Omondi and his hundreds-strong team will have scoured every bit of Kenya’s rolling landscapes by air and on land, and have surveyed every lake and marine park by boat and underwater.

And with the census complete, the work can begin.