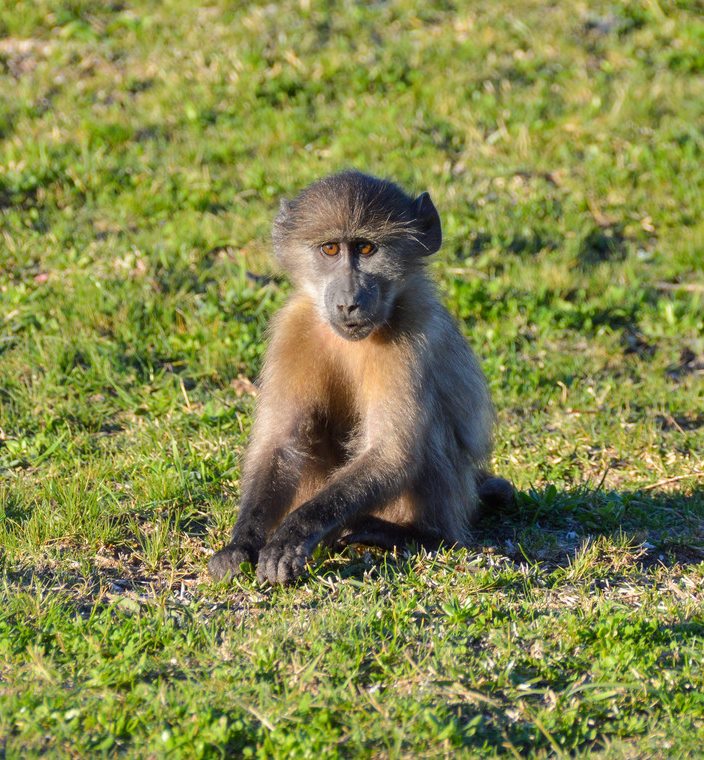 The core habitat of the notorious chacma baboon is becoming smaller due to human takeover. Image: Olivia Stone

Southern Africans have a love-hate relationship with chacma baboons. They have an unmistakable presence on the landscape, but their reputation as notorious troublemakers makes them unpopular. Lethal removal is common throughout their range; humans are the principal cause of the population decline.

The people of southern Africa associate the infamous primates with home, even though they are are seen as pests. They are as much a part of southern African heritage as the big five (elephant, rhinoceros, buffalo, lion and leopard), rich cultural diversity, and the magnificent vista. Baboons are an African icon.

Human versus baboon competition and conflict probably always existed due to the close association between our species, as seen in fossil records. But baboons have never before encountered the human population expansion and vast land transformations that are permanently altering the modern landscape. 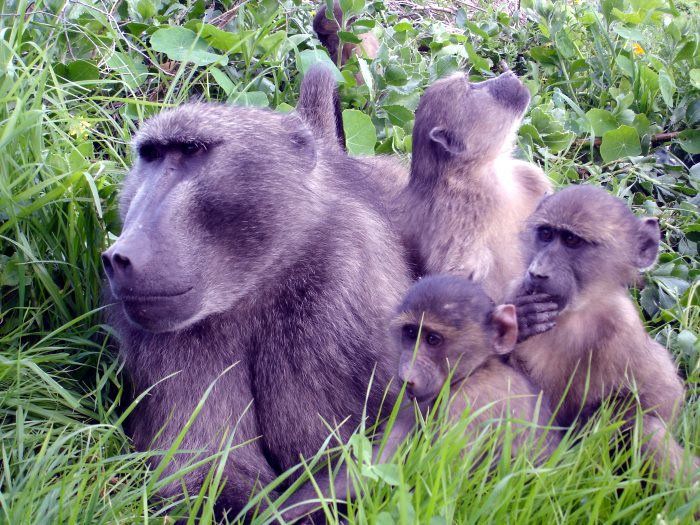 Now more than ever, it appears that baboons are losing the ability to access large amounts of land that has historically been central to their survival. Their core habitat is diminishing.

The general perception is that baboons are abundant, despite evidence of population decline. This belief exists, in part, because in many cities and populated areas we can still see baboons daily. But new research suggests these same areas are the very regions that offer the best environmental conditions for baboon survival; it is their core habitat. So, baboons will inevitably attempt to inhabit these areas in preference to areas that outwardly appear more suitable, with less human population and disturbance.

The impression of abundance may relate to the baboons’ continuing proximity to human populated areas. Effectively, it is a fight over prime real estate.

This prime real estate, or baboon environmental core habitat, is approximately 10% of the entire range for the baboon. It includes or is adjacent to more than 30 major southern African cities. These cities included Harare, Johannesburg, Pretoria, Soweto, Bulawayo, Port Elizabeth and one of the fastest-growing cities in Africa, Botswana’s Gaborone, to name a few. 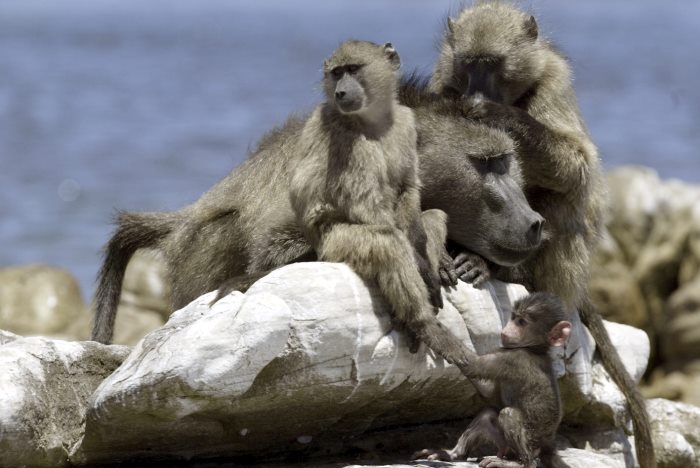 To put it simply, the baboon populations are intertwined with human settlements because we are living in their core habitat. Instinctively these animals want to be there too.

According to the IUCN Red List of Threatened Species’ chacma baboon distribution map, there is a large uninhabited area of land – that also happens to be core habitat – in eastern Botswana.

This area also happens to include or be adjacent to seven of Botswana’s major centres, including Gaborone and the close (100km) surrounds that by 1991 contained 50% of the human population of Botswana.

Gaborone itself has a human population density of 1 160 people per km2 and that particular region of core habitat has a higher human population density than the majority – three-quarters – of southern African baboon core habitat. All of this, combined with the extensive growth of Botswana’s urban satellite villages, means that the land transformation and deterioration in this region is likely to be widespread and pervasive. So, the absence of baboons may not be surprising. 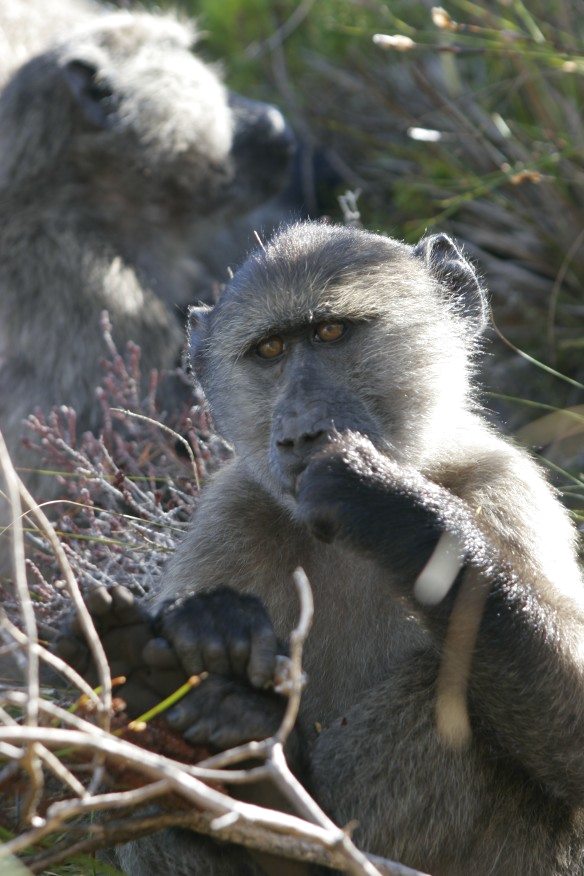 The problem is not limited to Botswana – it is southern-Africa-wide. For example, the status of baboons in Lesotho is unknown and likely poor. The limited core habitat in Lesotho is in close proximity to seven out of ten district capitals.

What does this mean?

We need to consider that baboons are highly resilient adaptable animals, so if we begin to detect a decline in their population, we must consider that the less resilient animals are potentially already in a worse condition.

Think of it like an ecological alarm system. When this species starts to falter, we have problems.

Second, more than half of the world’s primates that have known conservation status are classified as threatened. The baboon is one of the few primate species that has survived thus far without failing.

Despite all of the baboons’ perceived misgivings, can we really afford to sit back and let the chacma baboon become part of those statistics? 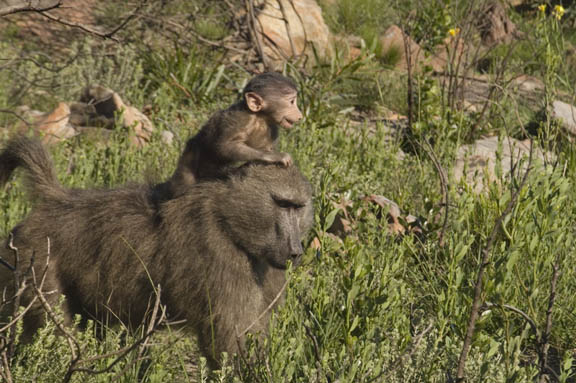 Start teaching respect for nature, including understanding that wild animals will be wild. We need to raise awareness that baboons are trying to live in their natural habitat and are not necessarily problem animals, therefore alternative, non-lethal strategies may have potential.

General conservation efforts need to aim to preserve areas of land that have the lower population and less degradation and are within these core habitat areas. Baboons are not necessarily protected in “protected” areas.

Private reserves and game parks, along with government land areas, should consider protecting these animals. If nothing else, we should acknowledge this loss of habitat and currently reported population decline, and that alone should motive us to do regional reassessments to confirm population status over the wider southern African region.

We need to make a start and stop burying our heads in the sand. Or it will be a sad day when the iconic symbol – the baboon silhouettes on a hill, in the setting African sun – is no longer visible.

By Olivia Stone. Source: The Conversation