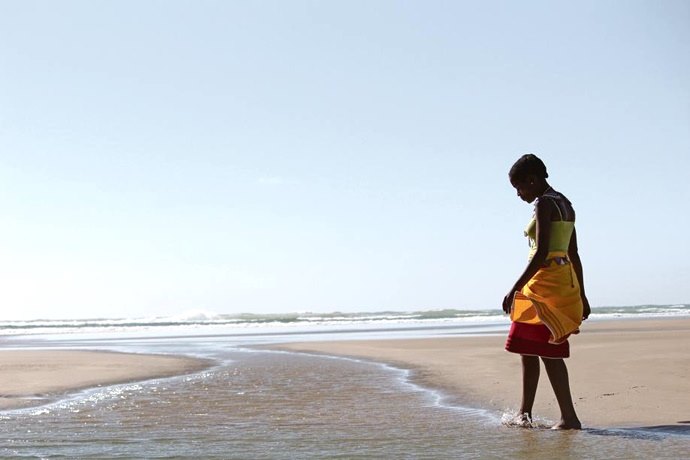 What are the prospects – pros and cons to the local community – of titanium excavation along the pristine Wild Coast?

Filmed in Pondoland in the Eastern Cape, it follows pro- and anti-mining segments of the local community who face the prospect of titanium excavation along the pristine Wild Coast by an Australian multinational.

On top of that, the South African government has controversial plans to build a highway through the Wild Coast to offer transport to the operation. Excavation of titanium would destroy this nature-rich habitat and the highway would cut through traditional burial grounds.

The documentary becomes more alarming when it is revealed that the government dethroned the traditional Pondo king and queen for speaking out against the developments, and put a pro-mining figure in their place.

The community is split. One half is incensed by the deposition of the royals and the imposition of mining. If the area must be developed, they would prefer other means that don’t include white men from Australia. The other half is in favour of the jobs and infrastructure they think dune mining will bring.

Nonhle Mbuthuma, a tour guide, is the leader of the anti-mining camp. She believes Pondoland should be developed through ecotourism, not mining. The documentary opens with her saying: “My forefathers died for this land. That’s why, if I’m going to die, I’m not going to be the first one.”

Her cousin Zamile Qunya, AKA Madiba, on the other hand, is one of the main proponents of mining. “God buried this treasure for us. So we must benefit from it. Nobody will stop us,” says Madiba.

But it becomes apparent Madiba is more interested in the kickbacks he could get for supporting mining.

Meanwhile, the Pondo people have taken President Jacob Zuma to the high court for deposing the royals, who should only be chosen by the people or through lineage.

When anti-mining activists are killed under suspicious circumstances and one is arrested during filming for growing marijuana – a charge that is unheard of in Pondoland, where everyone grows it – it becomes clear government forces are out to silence the protesters.

But hearteningly, the Pondo community stands strong. It is truly inspiring to see them fighting their fight and, as far as one can tell, making gains.

Grunenwald masterfully captures the beauty of this lush, green part of our country. Her shots are painterly and richly coloured, and scenes are interspersed with beautifully animated sand drawings by Justine Puren-Calverley.

Though it ends on a high note, it is clear the Pondo people face a massive struggle to truly secure their land and fight off mining prospectors.

Special free community screenings will be provided as part of an Outreach programme:

Seats are limited so please email ryley@mvfilms.co.za to confirm your spot (Names, email addresses and Venue).

The film will screen again in South Africa at the Durban International Film Festival, at the following times and venues:

Bookings open tonight (Tuesday 30th June), so if in Durban on 18th and 21st July it would be best to book as soon as possible. The screenings in Cape Town and Johannesburg are already booked to capacity.