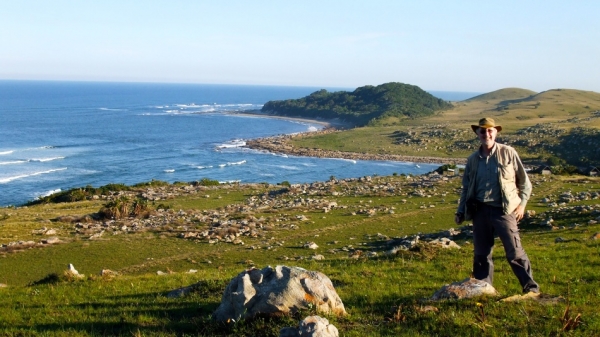 A formal complaint has been lodged with the Public Protector against Sanral CEO Mr Nazir Alli with respect to his handling of an Unsolicited Bid received in 2001 for the N2 Wild Coast Toll road.

Following storms of protest against Sanral’s GFIP e-tolling scheme, it is now alleged that Mr Nazir Alli acted contrary to policy and good corporate governance principles to manipulate Sanral’s board of directors to take a decision that exposed Sanral to unacceptable risk with respect to a proposed N2 Wild Coast Toll Road concession.

Social worker John Clarke lodged the complaint in his professional capacity having worked with vulnerable and disadvantaged rural residents on the Pondoland Wild Coast over the past six years.

The N2 Wild Coast Toll Road has been fraught with controversy for over a decade, because of concerns that the Sanral preferred alignment favoured the mining of heavy mineral deposits along the Wild Coast. This threatened the unique biodiversity of the Pondoland Centre of Endemism and alienated the communal land rights of the indigenous amaMpondo residents.

Civil society has, at considerable cost and effort, rallied to support the local communities of the Wild Coast, who have recently lodged a high court application in the North Gauteng High Court for the Environmental Authorisation of N2 Wild Coast short cut to be set aside.

“The founding affidavit argues that the N2 environmental authorisation was illegal for a host of reasons, but recent revelations from a former senior executive member of Sanral, suggests that the development agreement between Sanral and the N2 Wild Coast Consortium (WCC) fell far short of transport policy requirements” Clarke says.

In 2000/2001 Mr Alli strongly advocated for Sanral’s board to accept the Unsolicited Bid received from the consortium of six construction and engineering companies. A Development Agreement was negotiated to establish a Public Private Partnership venture, but recent revelations cast doubt on the integrity of the entire process.

Clarke explained that social workers are under professional obligation to challenge social injustice.

“In the light of the recent high court decisions with respect to the Sanral e-Tolling project, I believe the perceived injustices surrounding the N2 Wild Coast Toll Road and Xolobeni Mineral Sands venture now beg serious attention. I had long suspected that there were some irregularities with the Public Private Partnership agreement between Sanral and the WCC, but Mr Alli refused my application made under the Promotion of Access to Information Act in 2006 for a copy.

Following my recent article in the media commenting on the e-Tolling controversy, further information has been forthcoming that warrants a forensic investigation by the Public Protector. It would appear that the decision made by Sanral’s board over ten years ago to invest treasury revenue in order to bring the scheme within commercial reach of the WCC’s bid to construct the green-fields section of the N2 shortcut via the Pondoland Wild Coast, was highly irregular and contrary to policy.”

It is a strict principal that any decision to invest taxpayers money in Public Private Partnership (PPP) ventures must be backed up with sound data on the long term economic benefit to the nation, beyond the usual 30 year tolling concession for a Build Operate and Transfer (BOT) PPP deal. 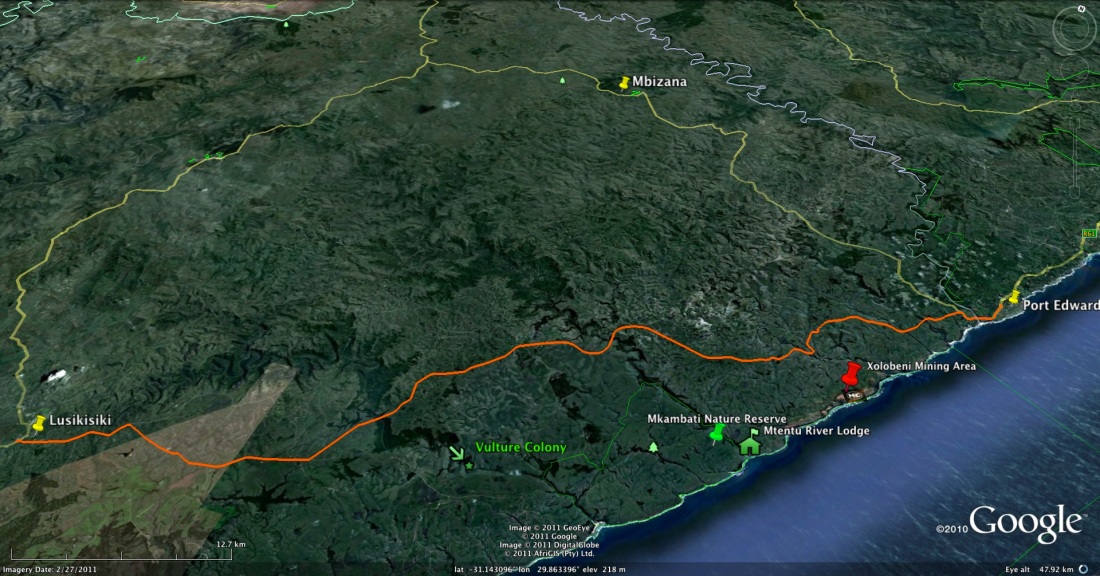 The first EIA report was found wanting in 2004 by the Minister of Environment because of a conflict of interest with respect to the independence of the environmental consultant, but Sanral was permitted to redo the EIA and re-submitted the proposal in 2009. The local residents objected to the proposal at every opportunity provided, but the Minister of Environment ultimately dismissed objections from local residents in November 2011, provoking the current High Court application.

On 23rd April 2012 Transport Minister Sibusiso Ndebele gave notice that he would not defend the application, stating he would “abide by the court’s decision”. This leaves the Project Proponents (Sanral and the WCC – the third and fifth respondents respectively), the Minister of Water and Environmental Affairs and the Department of Water and Environmental Affairs, (the first and second respondents respectively) without the support of a key stakeholder in court.

Clarke says this situation is clearly untenable “not only from the point of view of a historically disadvantaged rural community who will have to raise funds for its legal costs, but also for taxpayers who will have to foot the bill for the legal costs of the respondents. I have discussed the matter with transport Minister Sbu Ndebele. As he first stated in his budget speech in July 2009 he is eager to resolve the issues through negotiation with all stakeholders. Consequently, the Public Protector has been asked to conduct a forensic investigation into the entire project to clear the way for an honest engagement by stakeholders to hopefully resolve the matter through negotiation rather than through adversarial contests. Court battles are not what democracy is all about.”

Clarke says the main point of contention that has prevented any compromise between the proponents and opponents of the N2 Wild Coast short cut route has been its proximity to the Xolobeni Mineral Sands. In a related development this week local residents were shocked to learn that Transworld Energy and Minerals (Pty) Ltd, the Australian backed mining company whose mining rights for the Kwanyana Block had been revoked by Minister of Mineral Resources Susan Shabangu, in May 2011, were now re-applying for the prospecting rights, “hoping to revive their flagging fortunes”.

Clarke has found the Public Protector to be a crucial resource for effective social work. In July 2011 he lodged a complaint against the former Director General of Mineral Resources Advocate Sandile Nogxina, who originally awarded the mining rights.

“He is a local resident with extensive property investments in the area, but he never declared his conflict of interests. The Public Protector referred the matter to the National Directorate of Public Prosecutions after I provided them with evidence of attempted bribery and intimidation.”

The matter is currently with the SAPS Margate Cluster Commander for investigation, but according to Clarke ten months have elapsed without any further feedback.

“Thankfully one has the media to actualise constitutional rights. This has resulted in members of the public coming forth to further substantiate my concerns. I have now lodged another complaint to the Public Protector, this time focused on Mr Alli’s highly suspicious handling of the unsolicited bid from the N2 Wild Coast Consortium in 2001.”

Clarke says the coincidence between the Opposition to Urban Tolling Alliance’s high court action to stop Sanral’s e-tolling plans and the Wild Coast residents’ application to stop the N2 short cut is fortuitous.

“The ‘tsunami’ like wave of opposition to the GFIP e-tolling scheme has lent my clients some very helpful momentum in their decade long struggle. In gratitude they are eager to share their experience with Gauteng residents on how to stop unwanted developments before they start, and to offer two centuries of experience of Mpondo customary law to help define consultation and hold leaders accountable for decisions they take on behalf of the nation.”