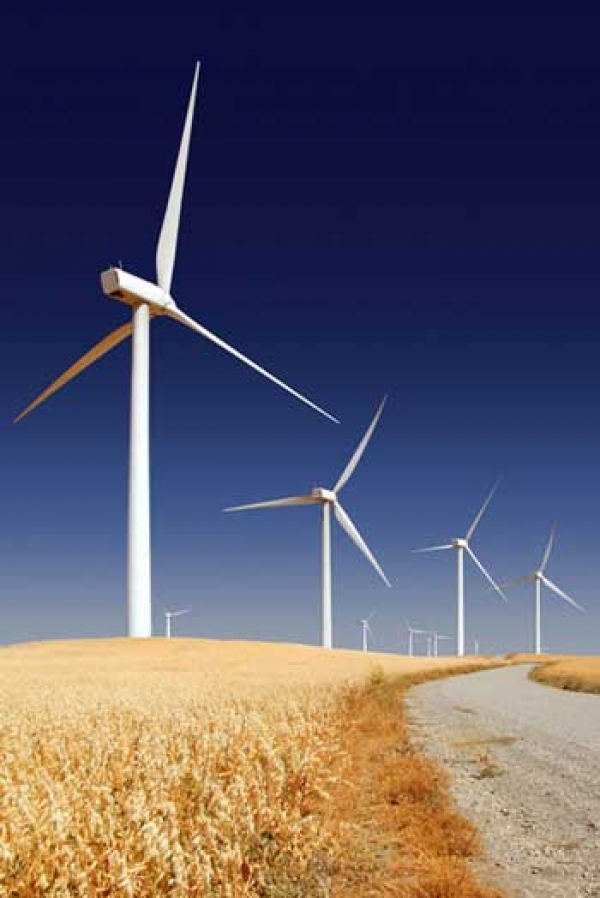 An exciting new joint venture is set to harness the Cape wind!

This is a huge opportunity as wind energy is an untapped resource in South Africa. Mainstream Renewable Power, an Irish-based global renewable energy provider, recently signed a joint venture deal with South African wind farm developer, Genesis Eco Energy, to build wind farms that will generate more than 500 MW of wind energy in the Eastern, Northern and Western Cape by 2014. The deal involves a capital investment of $850 million (R11bn) over a five-year period.

The joint venture company plans to have two projects, with a combined capacity of 70 MW, ready for construction early next year. The farms will be independent and will supply the national electricity grid. Mainstream Renewable Power has wind farm projects in Canada, Scotland, Chile, the USA and Europe.

Genesis is a South-African based company that has a portfolio of projects of 750 MW in various stages of development. The 30 MW Jeffrey’s Bay project near Port Elizabeth and another in Colesberg are both at an advanced development stage and are expected to be fully operational early in 2011. The Jeffrey’s Bay Project will comprise 15 wind turbines, each generating at least 2 MW.

These sites were chosen because of strong prevailing winds and low environmental impact. Mainstream’s Chief Development Officer, Torben Andersen, told a media conference in Johannesburg, ‘The country is facing severe power shortages because of the lack of generating capacity. This has been a severe growth constraint on the South African economy which is highly reliant on fossil fuels.’

Right now there is less than 10 MW of wind energy in operation in South Africa, but South Africa’s excellent wind resource has initiated a drive to reap the benefits of wind energy, with 10 000 MWs of market potential. This joint venture is well positioned to deliver on wind projects based on these promises.

‘We are confident that the government will implement appropriate policies to kick-start the wind energy market. Once again, partnership has been fundamental to our entry into this emerging market. Thinking globally and delivering locally is key to our success,’ Genesis Eco-Energy’s Director of Operations, Davin Chown, commented.

This investment is a vote of confidence in the emerging renewable energy market in South Africa which holds significant potential for an investment and development partnership such as ours.

‘This partnership provides the means to accelerate the implementation of projects in South Africa. It will support the government’s drive to demonstrate tangible and meaningful progress toward the implementation of large-scale renewable energy projects ahead of events such as the FIFA 2010 World Cup. It will also be an important boost to economic development, energy security, job creation and local industry development for the local and provincial economies in the target project areas. The projects will also significantly contribute to the country’s climate change mitigation strategy.’