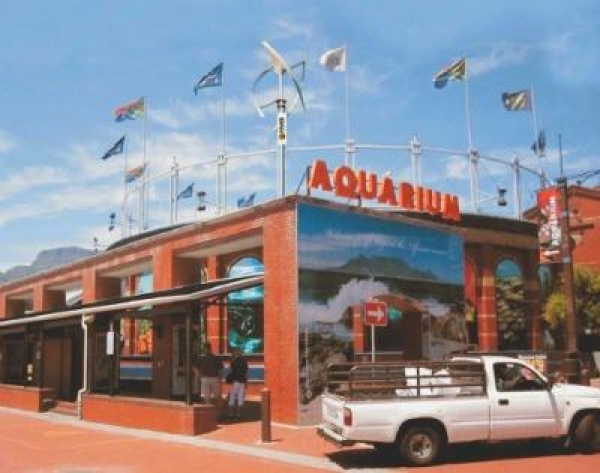 South Africa is one of the world’s most carbon intensive economies, primarily because the majority of the country’s electricity demand is satisfied through coal-fired power stations. This heavy dependency on coal and fossil fuels directly contributes to the current environmental crisis that is climate change and global warming.

Unless the citizens of the world, including South Africans, make dramatic and sustained changes to their lifestyles, generations to come will have to face the consequences of our reckless and irresponsible utilization of the Earth and her natural resources.

Project 90 by 2030 aims to mobilise all South Africans, to take action relevant to their sector of society. This is done by enlisting the commitment from citizens to change their lifestyles by 90% by the year 2030. Project 90 by 2030 has identified various locations around South Africa as demonstration sites where education about energy usage and saving can be demonstrated in a practical and tangible way. The Two Oceans Aquarium has been identified as one of these sites*.

This is done through various initiatives which include onsite recycling efforts, commitment to, and fulfilling of a comprehensive environmental charter, energy saving projects and environmental education programmes through which an average of 50 000 school children are reached annually.

Passion and drive gets you in the right direction

When investigating the possibility of using the Aquarium as a demonstration site, the Project 90 by 2030 team was greatly impressed by the changes and alterations that had already been made. Another key aspect was the passion and drive of the Aquarium’s Technical Manager, Mike de Maine. For the past 1.5 years, Mike has been one of the driving forces behind the Aquarium’s vision of having a smaller carbon footprint, being environmentally more responsible and applying more energy efficient practices.

Mike’s association with the Two Oceans Aquarium dates back as far as 1999 when he worked as an aquarist in the Curatorial department. In 2003 he relocated to Durban where he was a collections aquarist and later became the Technical Curator and Curator of Life Support for uShaka Marine World. From here he joined the Dubai Aquarium and gained invaluable knowledge as the Technical Manager during the construction of this impressive aquarium.

Mike has come full circle as in 2009, he again joined the Two Oceans Aquarium, this time as the Technical Manager. Since Michael started driving the energy savings initiatives at the Aquarium, the Aquarium has been able to reduce its power consumption by 10%, and in the last year and a half approximately R200 000 has been saved through various energy saving initiatives (see below).

Collaboration is the way forward

When approached by Project 90 by 2030, Mike’s enthusiasm knew no bounds and he immediately started nurturing this partnership and the incredible possibilities that it held.

Asked why he is supporting this initiative he said:

‘Project 90 by 2030 is a great initiative to help educate people around reduction in power consumption which leads to a reduction in carbon emissions with the end goal of saving the planet.’

Through the collaboration with Project 90 by 2030, the Aquarium will reduce the administration blocks energy consumption in an attempt to get to carbon neutrality for that specific area. This will entail the strategic placement of wind turbines and a grid connected solar photovoltaic (PV) system. Ultimately the complete system will comprise of a hybrid 2 kWpeak grid connected solar PV and 1 kWpeak wind energy system.

All the required equipment will be supplied and installed by Power Solutions. This project not only aims to ensure that a section of the Aquarium is carbon neutral, but also that visitors to the Aquarium are educated about efficient energy use, energy savings and the human impact on the environment.

Power Solutions specialises in the design and installation of building-integrated grid-connected solar photovoltaic power systems in the corporate and private sectors. Systems can be designed to include internet based live data displays of the renewable energy that is generated. Solutions are tailored to suit customer needs using the most appropriate technology which takes into account the product track-record, local conditions and costing.

We are all part of a bigger organism. Currently we are tapping this organism of its lifeblood in the form of fossil fuels. Estimates are that should our dependence on oil continue, production of this ‘black gold’ will start to significantly decline by 2020 and we will be forced to seek alternatives. Through the education and commitment drives of Project 90 by 2030, this initiative endeavors to be proactive by changing perceptions and lifestyles now, before the crisis strikes.

By setting up demonstration sites like the one at the Two Oceans Aquarium, the information for and the education of the Aquarium visitors will be done in a practical way as to ensure that the energy message (savings and alternative and renewable resources) is easily digestible and inspirational to all.

Commitment starts with the individual, so does change. Thumbs up for Two Oceans and Project 20×2030!

* Additional demonstration sites include the Pretoria National Zoological Gardens (a facility of National Research Foundation); the Johannesburg Zoo; Goedgedacht Farm; the Mthimkulu Village Centre in Kleinmond; the Durban Botanical Gardens and others.