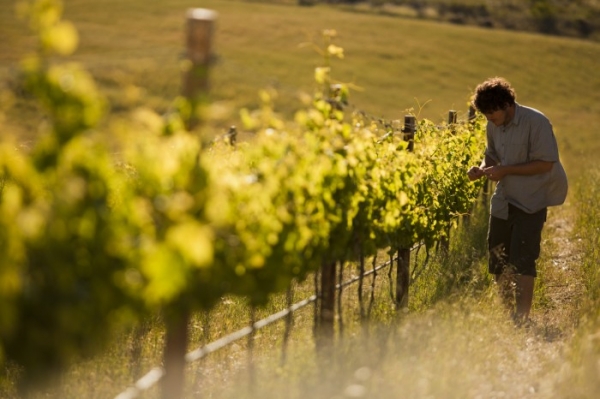 Drinking wine is one of life’s great pleasures, but there’s even more pleasure when you know that your favourite tipple is not harming the environment.

Through the WWF-SA Biodiversity Wine Initiative (BWI), a pioneering partnership between nature conservation groups and some of the country’s wine producers, savouring wine is more environmentally friendly than ever. So highly regarded is this initiative that countries such as the US are interested in mirroring the model in their own wine-growing areas.

home to 70% of the world’s rare flowers and plants

Since its launch in 2004, the BWI has helped over 150 wine producers to adopt environmentally considerate farming methods that also conserve the area’s plant and animal biodiversity. This has helped to make the land healthier and more fertile, benefitting winemakers who are experiencing improved productivity and greater longevity from their wine estates. Significantly, the BWI has helped ‘save’ over 134,000 hectares of land, equal to more than 60,000 soccer fields. As a result, rare and indigenous plants and animals such as the Cape leopard, which was rarely seen in the wild, are now frequently sighted.

Farm workers in the area’s wine estates are also benefiting. Being BWI members, estate owners are required to ensure workers are a vital part of the BWI way of farming. This includes training them in skills like veld fire prevention and management, rain water management, recycling, and fertiliser production. Additionally, wine producers are also expected to treat their farm workers with dignity and fairness.

“At the end of the day our philosophy is ‘harmony with nature.’ But you cannot say that’s what you want while at the same time you’re ill-treating your employees,” says Martin Albertus from WWF. Former chairman of the Wines of South Africa and head of Paul Cluver Wines, Dr Paul Cluver, says what the BWI is doing is “uniquely South African” and good for the image of the country and the local wine industry.

A BWI champion, Cluver Wines made history in 1996 when it signed one of the first black economic empowerment deals in the wine industry with members of the community, many of them farm workers. The deal has helped the community start its own winery company called Thandi Wines which is an international success today. To make sure that wines from the Cape Floral Kingdom stand out from the rest, BWI is also helping winemakers use their conservation success stories as part of their brand identity, therefore giving them a marketing advantage. Among these is Waverley Hills, a BWI champion.

In 2009 Waverley, which has been at the forefront of environmental education in the Cape Floral Kingdom, built the Witzenburg Eco Centre with the help of donors to educate visitors and locals about the importance of conserving the region’s biodiversity. Beneficiaries of the initiative include learners from 13 neighbouring schools who are taught skills such as how to grow their own indigenous plants, how to judge the level and quality of water in rivers, and recycling.

Nedbank, as South Africa’s first carbon neutral financial services organisation, has been a supporter of the BWI initiative from the beginning through the WWF Nedbank Green Trust into which it has invested more than R115 million since the early 1990s. Meanwhile, with over 180 projects around South Africa, Nedbank has ensured that it works towards preserving the country’s natural resources through its Green Affinity Programmes. “These types of initiatives form part of ensuring that we serve the community in which we operate and in turn make things happen for the environment,” said Maseda Ratshikuni, Head of Cause Marketing at Nedbank.

“I don’t think we could have been able to achieve what we have if it weren’t for the support of the WWF Nedbank Green Trust, which has been involved from the beginning and has helped us be more visible in the area,” says Albertus.

Therefore, next time you spot a bottle of wine with a pink dot on it, know that it’s a BWI member brand. By buying it – and enjoying it – you will be contributing to the protection and conservation of the natural beauty of the Cape Floral Kingdom.  Let’s all say “cheers” to that.