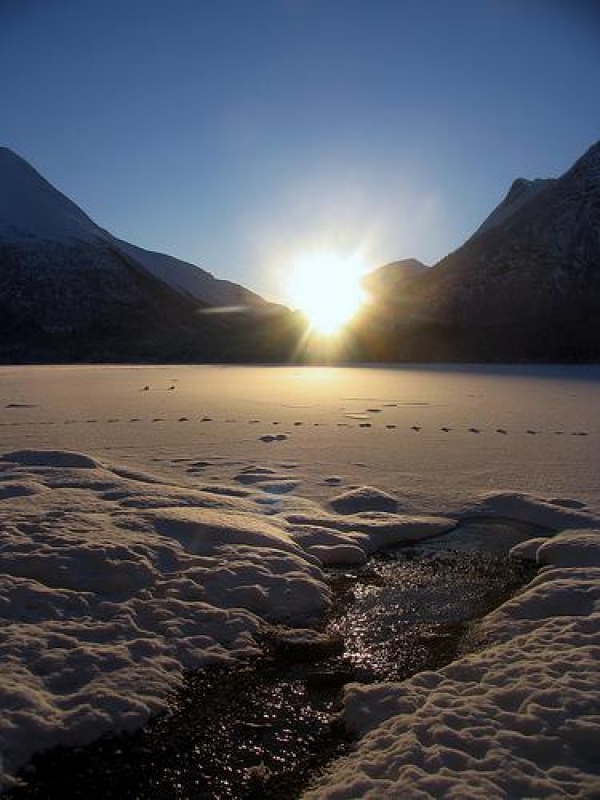 Have you ever seen
anything
in your life
more wonderful

than the way the sun,
every evening,
relaxed and easy,
floats toward the horizon

and into the clouds or the hills,
or the rumpled sea,
and is gone
and how it slides again

out of the blackness,
every morning,
on the other side of the world,
like a red flower

streaming upward on its heavenly oils,
say, on a morning in early summer,
at its perfect imperial distance
and have you ever felt for anything
such wild love
do you think there is anywhere, in any language,
a word billowing enough
for the pleasure

that fills you,
as the sun
reaches out,
as it warms you

as you stand there,
empty-handed
or have you too
turned from this world

or have you too
gone crazy
for power,
for things?

– The Sun by Mary Oliver

All weather predictions indicated a dark and gloomy Sunday last weekend, when we were to celebrate the winter solstice. But I had inside information. It was going to be a sunny day. Why will the sun not arrive for its own party?

Unlike the slow preparations for festivals such as this one in the past, and still today by more ‘primitive’ and conscious communities, we had a publication to bring out. So a hybrid/modern version of bringing focused gratitude to the sun it was going to be. Grateful that we were finally going to revive this ancient festival here in the southern hemisphere, daughter and I dug out the organic, hand-spun and vegetable dyed wool and started knitting warming gifts. Quite a shocker it is nowadays, when you say on your invitations ‘bring a handmade or second-hand gift. Just one, to exchange, not a whole cacophony of plastic stuff and virgin wrapping. 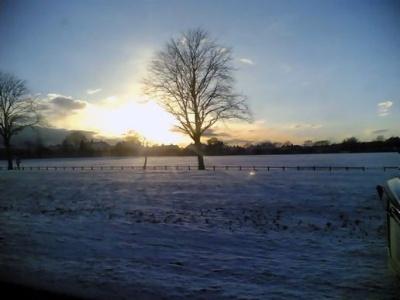 We huddled close to our little sun in the hearth, winter rain blessing the garden – needles talking the dream into reality. I remembered again the joy of slowing down, creating something beautiful from what you already have, time to think and get perspective. It became a meditation, an act of love to give back a miniscule token for the abundance of sun blessings bestowed on us, for free, 365 days every year. To think I have had a good 18250 days of selfless sun gifting behind me!

Most people apparently think the winter solstice is when the sun is furthest from the earth. But the guys from www.space.com assure me that the day when the Sun’s setting position along the horizon stops changing. So solstice means sun stop. The amount (in hours) and concentration (in watts per area) of light/energy striking the surface is determined by the tilt of Earth’s axis and its location in its orbit around the Sun. The Earth is tilted 23 degrees 27 minutes off perpendicular to its orbit. So as it spins (causing day and night) and orbits, the North-South axis points gradually away from (winter) and toward (summer) the Sun. This determines how many hours of daylight and darkness each of us receive at different seasons.

Cold is yet to come

Astronomically, the winter solstice, being the day of the year which has fewest hours of daylight, ought to be the middle of the season, but temperature lag means that the coldest period normally follows the solstice, so the season is sometimes regarded as beginning at the solstice and ending on the following equinox. Here in the Southern Hemisphere winter begins on 1 June and ends on 31 August. (Wikipaedia) 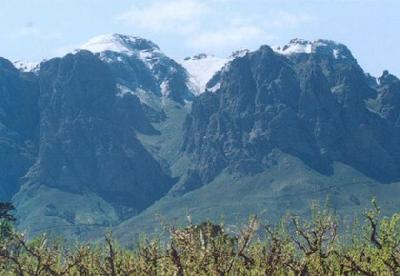 Snow on the Hottentots Holland Mountains

If I stop to think about the vital role that the Sun plays in my life, I am filled with awe. Says one of my favorite authors, Brian Swimme:

One of the gifts of science is in understanding that life exists by drawing in the sun. To realize that what is surging through us in every moment of our life, with every breath we take, is the sun. So in a real sense the human is the human form of a solar flare. It is surging into the life of the Earth, and in all beings, in the fish, in the mammals, and in the human we have another form of the energy that first was captured by the early photosynthetic organisms. We are the sun in a new form.

An act of cosmic generosity

Ninety-three million miles the light has to come, and already we’re being warmed up by it. You know, if it weren’t for the sun, the entire Earth would be 400 degrees below zero. It just constantly pours out all of that light, and what’s amazing is to think about the sun being a million times as huge as the Earth. It’s just this vast fire that enables all of life to take place here. 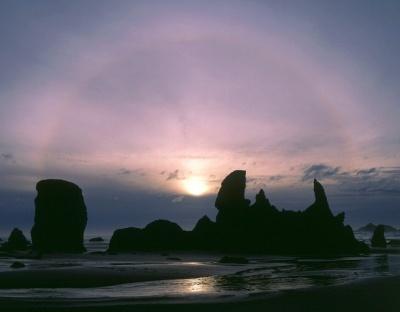 And what I really find fascinating is the way in which the sun produces this light. Right at the core it’s transforming hydrogen into helium. And in that transformation it’s converting some of its mass into energy. Every second, four million tons of the sun is being transformed into this light. That’s like a million elephants. So there’s another million elephants, another million elephants, and if it weren’t for that ongoing bestowal of energy, we wouldn’t have any life on earth. So one way to think about the sun, every time you see it at dawn, is to think of it as an act of cosmic generosity. It’s this vast giveaway of energy that enables us to survive, enables all of life to thrive. So we are surfing around the source of ongoing cosmic generosity.

Ancient people were so much more aware of the cosmos they lived in – they carefully observed sun and moon patterns and honoured the influence of all stars and planets on earth. The sun helped them to keep time, to make calendars. .Thankfully today ancient wisdom is revisited and supplemented with new insights. Living with cosmic awareness and respect leads to a resurrection of a reverence for Life amongst many religions and traditions, and spirituality in general.

We were lucky to have our friend, astrologer Monica Cromhout, at our celebration. Here is her insight:

On Monday 21 June the Sun moved into Cancer, one of the cardinal signs of the zodiac. In the Southern Hemisphere, this moment heralds the Winter Solstice, just as those in the North celebrate the Summer Solstice. Where ever we are on the planet, the increased Cancer influence turns our hearts and minds to family, to community and to the role of mothers, and those who have a maternal quality whether male, female or even childless. A mother and a community have a similar part to play in our emotional well-being. They nurture and protect, and within those relationships we know that we’re wanted and needed, and that we belong. We feel safe. But seeking out, or expecting this kind of security is unlikely to work. The way to gain emotional fulfilment of this kind is to give out a universal mother-love. Mother Nature will do the rest.

The Solstice coincided with the journey to the Moon into Scorpio, adding an intensity and even turmoil to the start of our Winter Season. It was also part of what astrologers call a Cardinal Grand Cross, which is a rare combination of planets which included the Sun, Jupiter, Uranus, Pluto and Saturn. For a detailed description of this influence, google Grand Cross 2010.

Rebirth into new life and light

Suzette Shuttleworth brought her insight from the Sophian Gnostic tradition. Here is an abbreviated version of her talk:

When we look into the eight holy feasts we celebrate in the solar continuum, each represents a great spiritual mystery in our journey, and there are mysteries within mysteries, and layers upon layers of spiritual meaning. On Winter Solstice we celebrate the Feast of the Mother and Child. This feast celebrates our new life in a new year, marking our transition from one solar year to another, and our rebirth into renewed light and life.

The solar year flows out of the Divine Mother as her Holy Child. The aspect of the Divine Mother we focus on becomes an invocation of the energy and blessings of the year to come, and often holds something prophetic about what will transpire in the year to follow. It is a feast of re-birth; a time to go within and seek out what it is we would like to bring to fruition.

Pruning, weeding and a new vision

It is time to consider what the Mother Spirit would have us invoke and embody for the people and the land so to listen and hear the spiritual work we are to take in the coming year. If we look out over the land, over our gardens, over last year’s vegetable garden and the fruit trees, we are reminded of the land’s natural rhythms. Now is the time for pruning fruit trees and removing last year’s dead plants, to weed and begin to turn the soil. The land is seeking a vision of what it will be, what it will grow in this next cycle. Most importantly we need to clear the way to make this possible. It is time to clear away the old and make way for a new vision of growth for our lives.

It is a great time to take stock and ask yourself the question: What do I need to let burn, or prune off, so my life can manifest new growth for a better earth? What are the weeds I need to pull out of my garden? Cultivating a weeding the garden mindset, we choose to cultivate what is positive and to remove what is negative.

Having cleared away the clutter that holds us back, we are liberated to refocus and plant new seeds for a year of abundant life and light. How can I most effectively BE a radiant sun in the year to come?