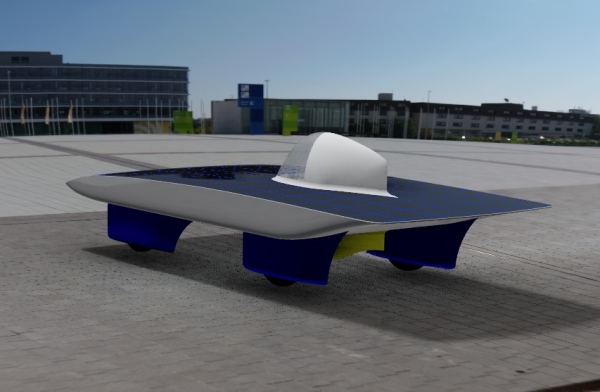 The University of the Witwatersrand (Wits) will enter the 2014 Sasol Solar Challenge with a brand-new vehicle, the Parhelion, currently under construction.

Built largely by the School of Mechanical, Industrial and Aeronautical Engineering, the new, modern vehicle will replace the solar car which clinched the Wits team, as a first-time entrant, the fourth place in the 2012 event.

Every two years, teams of students from tertiary institutions in South Africa and abroad design and build solar-powered vehicles to compete in the 5 400 km Sasol Solar Challenge. The race is the longest of its kind anywhere in the world.

The 2012 event was won by Japan-based Tokai University, recording a cumulative time of 71 hours and 13 minutes.

The name Parhelion is inspired by a phenomenon of the sun which results in the formation of a halo, or circular rainbow around the sun. The common term for this phenomenon is ‘sun dog’.

The Parhelion is designed to optimise energy from sunlight using a lightweight, semi-monocoque carbon fibre chassis, along with latest generation lithium-ion batteries. 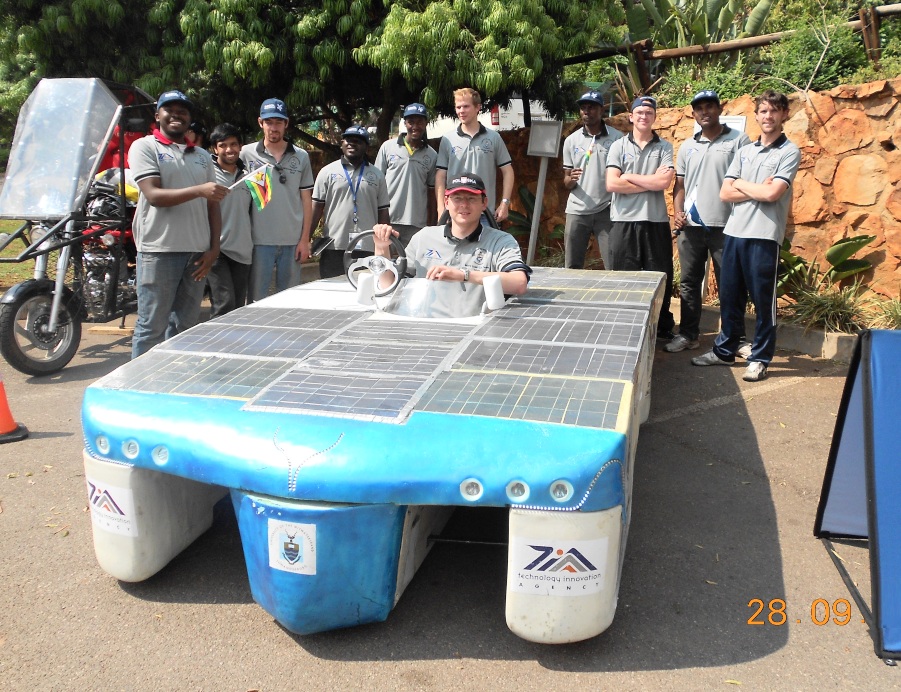 According to team leader Bradley Rautenbach, the Wits team wants to “push the boundaries of technology and showcase the feasibility of renewable energy in the transport and energy sectors”.

The Parhelion should, ultimately, be able to travel at 100 km/h using the same amount of electricity as an average hairdryer. It will be able to reach speeds of around 120 km/h. The batteries used in Parhelion are the same as those used in a cell phone – just significantly more.

The entire car will weigh around 170 kg. Materials used in construction include carbon fibre composites, similar to those used by cars in Formula 1 racing. The solar car will be 2 m wide and 4.5 m long.

The fourth Sasol Solar Challenge will take place in September next year.

According to the new rules proposed by the organisers, all cars have to compete in a track event three months before the main event, which leaves the Wits team with a tight time-frame in which to complete their new vehicle.