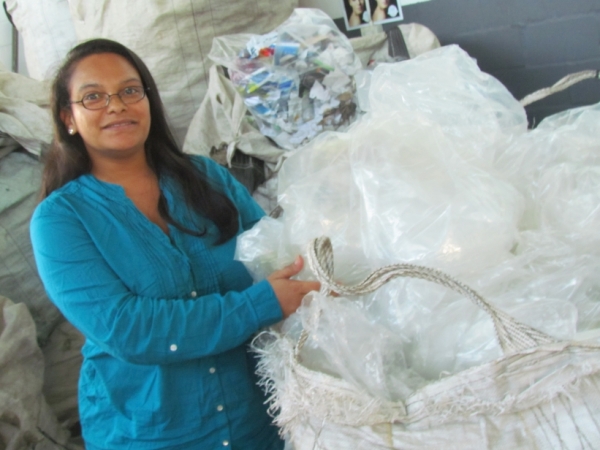 “I have a confession to make. I wasn’t born a greenie, I didn’t have a passion for it at high school or anything like that. I was actually in banking, believe it or not.”

So starts my interview with Anthea Hartzenberg. No, she doesn’t waste anything, not even words! Anthea is the owner of Recycle 1st – a waste recovery business collecting recyclables from 245 households and 110 businesses in the Western Cape. She currently serves the following areas: Wynberg to Town along the M3, Fresnaye along the coast to West Beach and the Northern suburbs up till Boston, Bellville.

How did this green entrepreneur progress in such a short time from donating her friends’ recyclables to NGO’s to running a successful and sustainable business? I went to visit Anthea at her factory in Epping to experience this story for myself.

The importance of accounting

Anthea was working in the banking industry and was interested in starting a business. Yet coming from the banking sector she was very aware of the fact that 75% of SA businesses go down in the first 2 years. So, she went for a Business Administration Course to equip herself with skills she didn’t acquire at school, like accounting.

“I was very unhappy in banking and looking for another outlet. I think a lot of people’s passions start out with them being completely unhappy with what they are doing, and then moving into something that really feeds their soul. My friend’s house burnt down, so she came to stay with me. And she was this avid recycler. She worked for Old Mutual, where employees would bring their recycling to work and Oasis would then collect it. And I was wondering, how do they benefit from this? Where does the money come from? And that’s where my research started.”

Anthea was looking for a ‘bigger purpose’ – a business that would give more meaning to her life. And that’s what appealed to her in the recycling industry.
She duly started picking up waste for recycling from all the people in her complex and from family and friends. Initially she wanted to do this for free, as she didn’t really have a concept of profit. 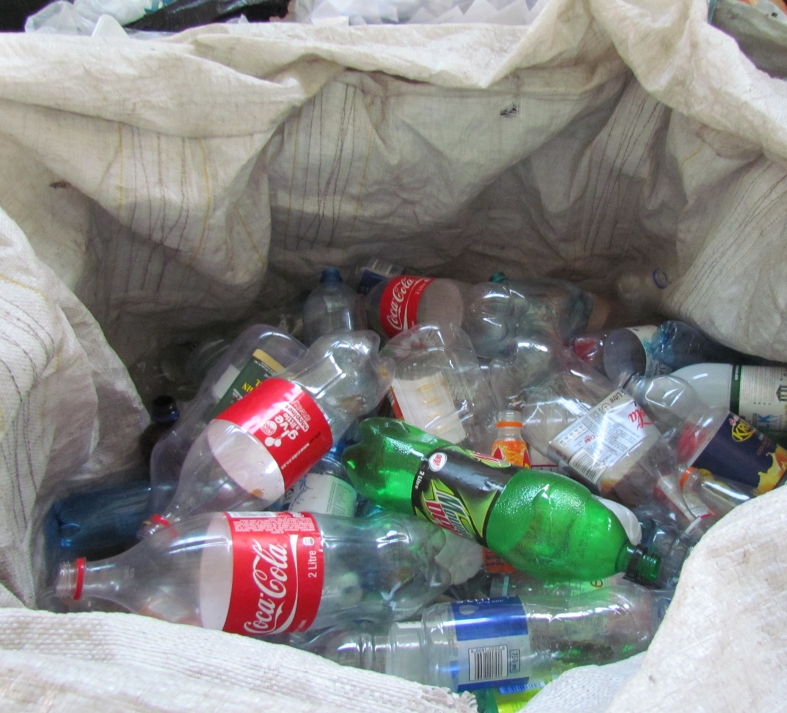 “I think within the first six months I realised I’m doing all this work, and I’m not really getting paid for it. Don’t I deserve something from this? And if I leave my job, I have to earn some money. So I did some more research, and had a look at other companies who were charging people to collect waste for recycling. I decided I could do something like that. Within the next 6 months I traded in my Tazz for a Bantam bakkie, which I still have. And then I really went into Durbanville, and had a big customer base there.”

She added collections from Boston and a little bit of Plattekloof. Anthea focused on only the Northern suburbs, because at that stage the need was there. She did very little advertising – the majority of it was word of mouth.

And were you sorting the waste too?

“I was. I hired two garages in Bellville South. We’d have the mixed recycling in one garage, and the sorted recycling in the other garage. I worked two days a week initially. I had people helping me with the sorting because I was mostly out on the road collecting. So being out, I didn’t know what was going on at the garage… which was almost nothing, so I closed up shop and started giving my recycling to an NGO. But that model didn’t work for long. They had 4 people working for them and often not enough pay for everyone. They were working in terrible conditions, I even caught them burning recycling. So I took my recycling elsewhere.”

You have moved around a lot as well hey? 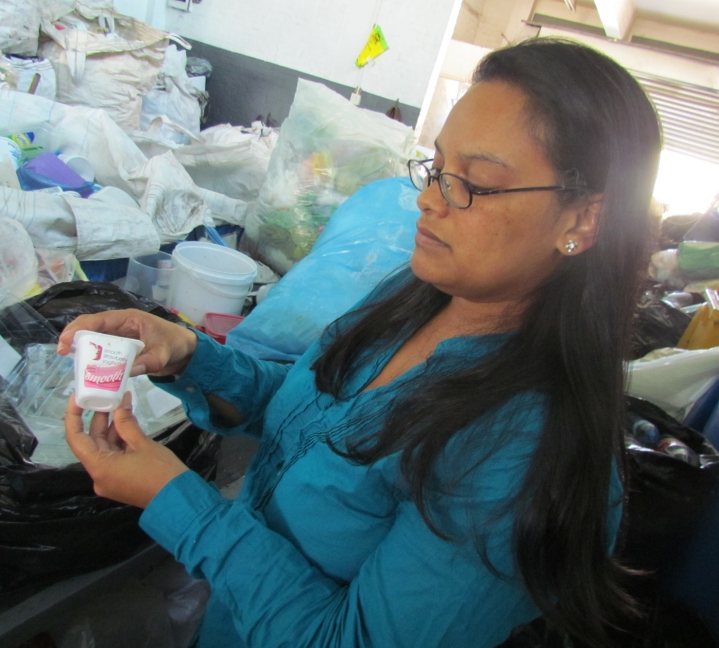 “Ja. I soon realised that if I am going to be doing the collecting, I need to take the responsibility or accountability of ensuring that the waste indeed is recycled. It doesn’t help if I send it off to people who might not be getting rid of it responsibly.”

This was when she realised the need to open a factory. Anthea saved up for about a year and built up her volumes to be high enough to pay the rent and staff. So she did just that in May last year, due to the BCL West Bank School Project, and after that she was involved in a networking entrepreneurship competition.

Schools to educate the future

This exposure lead to her meeting the right people to grow her business. Anthea was keen to be more involved with schools, to help more people recycle.

And you are collecting every day now?

“Yes. Our bakkie is actually too busy now, so we need another vehicle.”

“I’ve decided I’m going to wait for my financials to be completed, because I think I really did well in 2012. It’s not about huge profits, but we are sustainable and employ eight people in total.”

Recycle 1st also uses a second bakkie which was a part donation to them and moved to a factory space in Epping. 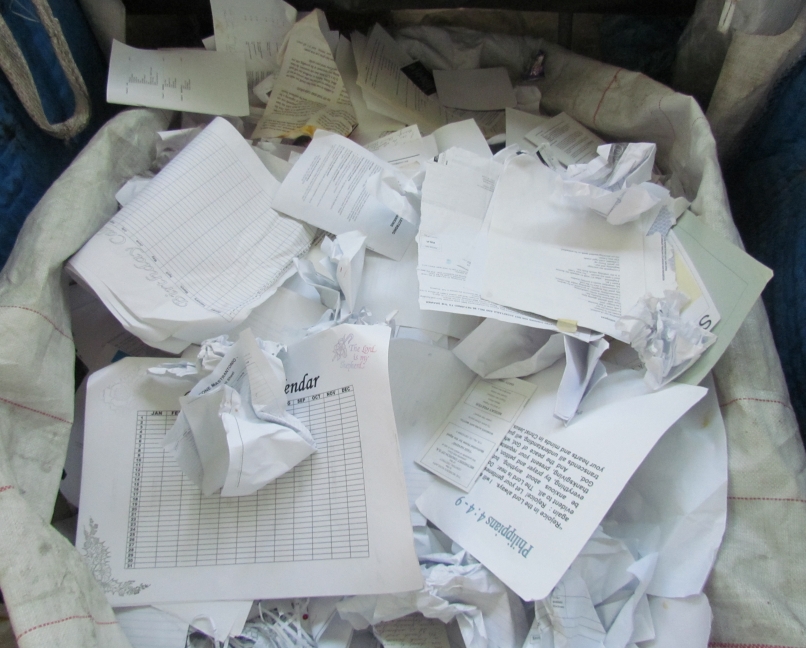 Small space but business is booming

“At 200 square meters, it’s quite small compared to most other recycling places. And we had a rough December-January. You know that time of the year the waste pours in and my staff are on holiday. It’s crazy!”

I write about it every year – the amount of waste that we generate around that time from Christmas, New Year’s, etc.

“And then in a week, it was back to normal. So this year, we’ll just plan better for that week. But it’s been an emotional rollercoaster, wow. But also, I think I’ve been challenged much more doing this than I ever was at the bank, just on a personal note.”

Absolutely, as an entrepreneur you fly by the seat of your pants.

Business looks after people and planet

“Yes, but also, I’ve found a new love of business where I can be profitable, look after people and help the planet all at once. And what I’m doing really feeds my soul. Sometimes you do get bogged down by the administration of it all, which happens in every business. But I love the networking, because I love talking about recycling.”

So, in terms of your personal development, what difference has it made for you; how have you changed since you started this business?

“That’s a good question. I think I care about things more, and I think about the environmental consequences of all my actions. That grounding has changed me. That foundation work, so that I can be a good role model for others, a better role model in terms of looking after the environment, and leaving this place in a better state than I found it.” 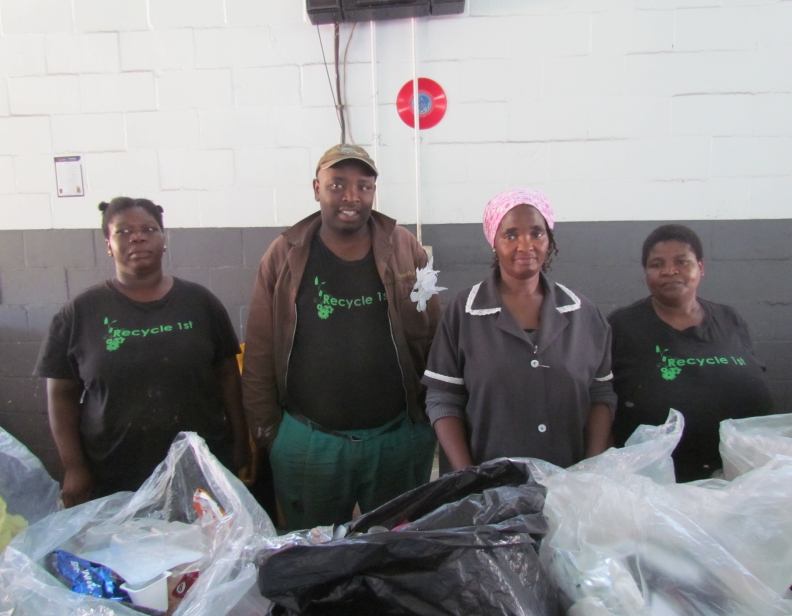 Great to leave a legacy

And you’ve developed into more of a leader as well?

“Yes. I want to leave a legacy. I think I’ve always wanted to do more than I was doing. I felt like this was my opportunity to ‘give back.’ And I believe that it’s not just important to create jobs, but to empower people so that they become entrepreneurs.”

How do you plan to do that?

“I haven’t really put that to full effect yet, but it’s a work in progress.”
You’re developing people, not just creating jobs.

“Yes. And I think I’ve changed because I’ve grown; I’m more of a business person. And I think about things more clearly now, again, about the consequences.”

Find something you love and do it

And your message to the world out there?

“Find something that you love, and do it. Go back to basics. And do it with all your might. And don’t lose hope; small changes make a big difference.”

“I mean last year we recycled 150 tons of waste. And we are a small company in business for three years now; I have to pinch myself sometimes, to remind myself of how far I’ve come.

Well, I think it’s impressive! And it was good to see her enjoying her good work. We completed this visit with a tour of the factory floor…

This is how it works:

Recyclables collected from homes and businesses are sorted by 3 women, with the assistance of a strong man to lift heavy things, into 13 categories:

Some things can’t be recycled

There are always items arriving which cannot be recycled. These still need to be sent to the landfill. They are the following items – as a consumer, please avoid purchasing anything packed in the following materials:

Every household can be zero waste. You simply have to ensure all recyclables are sent to sorting sites, all your organics go into your home composting system and you avoid shopping products packed in ‘bad materials.’