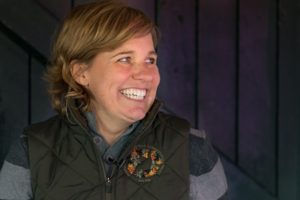 This month as we celebrate women in South Africa, we take a look at a sector that is demonstrating exceptional transformation to the benefit of the whole country.

According to The World Economic Forum’s Global Gender Gap Index, gender parity in the workforce will not be attained for 99.5 years. But in the conservation sector women are active agents of conservation and restoration and more than that, substantial evidence links gender equality and enhanced environmental outcomes. 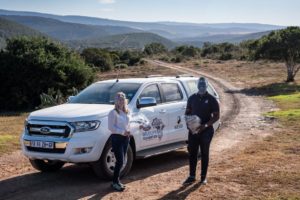 But what is the picture like in South Africa? We talk to three women from the Ford Wildlife Foundation about how women are making their mark in the conservation sector.

According to Yolan Friedmann, CEO of the Endangered Wildlife Trust, the once male dominated sector has evolved considerably in recent years.

“The numbers have increased dramatically and at the Endangered Wildlife Trust, for one, our staff complement is slightly over 50% in favour of women. Many environmental institutions and conservation organisations these days have the same ratio. In government, we have a female Minister for the Environment, we have a female Chair of the SANParks Board and these days, when we recruit new staff, we get by far the majority of applications from well qualified and highly suitable female applicants,” she explains.

Nothing in the conservation sector can be solved with linear thinking and generally requires the integration of social, economic, environmental, political, cultural and ecological imperatives with science and compassion and sensitivity, and this requires continual juggling and consultation. 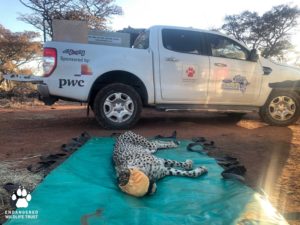 “Women tend to be better jugglers, in my opinion, and understand the need to balance shifting priorities,” Friedmann continues. “We tend to be able to lead from the front as well as the back. Our sector has also required massive skills and capacity development over the past years, with the need for human development being at the core of increasing environmental awareness and action. Women have thrived in this environment which is evident by the increasing number of civil society action groups caring for the earth, in almost all neighbourhoods these days which are largely led by women.”

Lynda Du Plessis who works with 25 different Ford Wildlife Foundation (FWF) projects spread throughout the country agrees that women are well represented in the field.

“I am extremely proud of the contribution that Ford is making through the FWF, it has been an extremely rewarding experience for me personally. I have met some truly extraordinary women over the years, some working in positions I did not even know existed,” she muses.

“Around half of our Ford Rangers used by the FWF projects are driven by women,” she continues. “It is wonderful to see that there are so many women working in conservation but even more heartening is that a number of these women hold the leadership role within the project and that they are also not office bound, but actually working out in the field.” 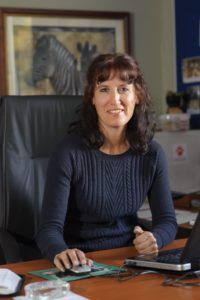 Of course, this comes with its own challenges. Not only are they working in remote parts of South Africa, they also cover long distances on rough terrain to make a valuable contribution to conserving endangered or critically endangered fauna and flora. As field workers they are regularly faced with staid, traditional and cultural views of what women are capable of in this field of work.

Odette Curtis-Scott of the Overberg Renosterveld Conservation Trust knows first-hand the realities of gender stereotypes in the work place:

“It is definitely not as much of an issue as it was historically, but certainly it is there. Particularly in the farming community – it can be challenging, in a sector dominated by men to show that I know what I am talking about and that what I have to say is important and needs to be heard.”

The Renosterveld has been severely fragmented for agricultural development over the years. The result is that over 95% has been irreversibly converted to croplands, rendering what remains of this vegetation type in urgent need of conservation attention. As the Director of ORCT Odette is, among other things, responsible for negotiating with landowners for formal conservation agreements or easements of land. 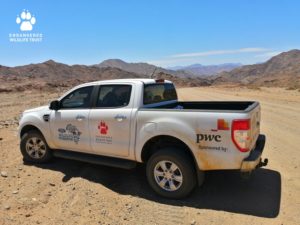 “I have learnt to be tenacious, but always humble and open to learning. If I could give women looking to a career in a male dominated industry one piece of advice, its – let your passion drive you – it is the one thing that keeps you going when it feels like all the odds are stacked against you, because they often are,” comments Curtis-Scott.

While other sectors continue to struggle with the gender gap, women in conservation particularly in South Africa, are blazing a trail. There is certainly still more to be done to transform the conservation sector however the women of FWF serve as an inspiration to others.

The Ford Wildlife Foundation, which was established in 2014, continues Ford’s long-standing backing for conservation projects in Southern Africa through the provision of Ford Ranger Double Cab 4x4s to partner with organisations to assist with the effective implementation of their environmental education, research, and conservation initiatives. The FWF currently supports 25 projects across the region to ensure the sustainability of threatened and endangered animals, plant species and habitats.