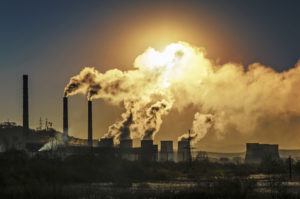 This Friday the UN’s climate body (UNFCCC) will release an assessment of the 48 national emission reduction plans submitted by the end of 2020. The plans account for 75 parties to the UN, as the EU27 is counted as one bloc, and cover an estimated 30% of global greenhouse gas emissions.

While most countries have incrementally increased ambition, the combined impact puts them on a path to achieve only a 1% reduction of emissions by 2030 compared to 2010 levels. The Intergovernmental Panel on Climate Change warns emission reduction ranges to meet the 1.5C temperature goal should be around 45% lower, and 25% to avoid 2C of warming.

“2021 is a make or break year to confront the global climate emergency. The science is clear, to limit global temperature rise to 1.5C, we must cut global emission by 45% by 2030 from 2010 levels.” – Antonio Guterres, Secretary General of the United Nations

Today’s interim report from the UNFCCC is a red alert for our planet. It shows governments are nowhere close to the level of ambition needed to limit climate change to 1.5 degrees and meet the goals of the Paris Agreement. The major emitters must step up with much more ambitious emissions reductions targets for 2030 in their Nationally Determined Contributions well before the November UN Climate Conference in Glasgow. Now is the time. The global coalition committed to net-zero emissions by 2050 is growing, across governments, businesses, investors, cities, regions and civil society. COVID-19 recovery plans offer the opportunity to build back greener and cleaner. 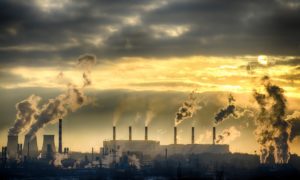 Decision makers must walk the talk. Long-term commitments must be matched by immediate actions to launch the decade of transformation that people and planet so desperately need.” – Patricia Espinosa, Executive Secretary of UN Climate Change

“This report shows that current levels of climate ambition are very far from putting us on a pathway that will meet our Paris Agreement goals. I call on all parties – even those who have submitted NDCs – to reflect on this and increase ambition. At the moment it is like we are walking into a minefield blindfolded. What we need is much more radical and transformative than we have now. We need concrete plans to phase out fossil fuels as fast as possible.”

The report was requested by Parties to the Paris Agreement to measure the progress of national climate action plans — known as NDCs — ahead of the COP26 UN climate summit this November in Glasgow.

Analysis from Climate Action Tracker suggests of the major economies to have submitted new targets, only the UK, EU, Argentina, Chile, Norway, Kenya and Ukraine represented a shift in ambition. Japan, South Korea, Russia, New Zealand, Switzerland, Australia all delivered plans that failed to improve on their 2015 target. Brazil’s climate plan lacked any goals to cut emissions by 2030, or to stem rising deforestation rates.

Tougher plans are expected from the US and China – which together account for nearly 30% of global GHG – ahead of a US-hosted April 22 climate summit.

“It’s staggering how far off track countries are to dealing with the climate crisis. Currently they are set to achieve just a 1% reduction of emissions by 2030 compared to 2010 levels. Considering how much more we know about the climate emergency since 2010 that is staggering. If you would believe the rhetoric of world leaders you’d think they were making great progress and about to solve it. This is why it’s good to have a report that lays out the facts in stark reality. Some countries have done well upgrading their Paris Agreement pledges, but many others, such as Brazil, Japan, Australia, Mexico and even New Zealand have shamefully done nothing. This state of affairs cannot continue and we need to see things change dramatically at the COP26 summit in the UK this year.”

While G20 energy-related CO2 emissions decreased by 0.1% in 2019, the world’s major economies are collectively failing to deliver on climate. The bloc, which accounts for around 75% of global emissions – directed around 30% of COVID stimulus funds into green areas, a Climate Transparency report revealed in late 2020, with Russia, Mexico and Saudi Arabia outliers in offering no support to clean energy. – Alok Sharma, incoming COP26 President

‘This report should serve as an urgent Call to Action and I am asking all countries, particularly major emitters, to submit ambitious 2030 emission reduction targets. We must recognise that the window for action to safeguard our planet is closing fast.’’ – Laurence Tubiana, France’s Climate Change Ambassador and Special Representative for COP21 and CEO of the European Climate Foundation

“This report’s conclusions are alarming. Climate plans must reflect the severity of the climate crisis, and be aligned with the Paris Agreement. We need G20 countries to lead – I hope the US and China can match the EU in delivering strategies that will set us on a path to net zero. Governments who have delivered unambitious plans should – as the UN suggests – reconsider and resubmit plans by COP26.”

“This is a status report. It’s weak but there are many big emitters who can significantly change the picture this year. Their promises are strong; their delivery can be stronger. Countries including the United States, China, Japan and other large economies are seeing it in their own competitive interests to reach 50% emissions reductions by 2030 in order to meet the goals of the Paris Agreement. I have high hopes they will deliver.”

“The NDC Synthesis Report shows in stark numbers how governments are failing to stop the climate crisis. With their woefully weak climate targets big emitters like Japan, Australia and Brazil are weighing down overall global ambition when in fact they should be leading. The USA and China – yet to submit their NDCs – must do so as soon as possible. It is imperative that the USA delivers its fair-share – on emissions reduction and on finance. Announcements of net-zero targets in 2050 cannot be the only signal of climate ambition and will certainly not be enough to guarantee justice and survival for the most vulnerable now. To keep warming below 1.5°C, we need immediate and drastic emission reductions in the next few years and an urgent phase out of all fossil fuel production and consumption.”

“The UNFCCC synthesis report tells us one thing: right now we’re failing on the Paris Agreement and headed towards a climate catastrophe. Governments must work together to prioritise people and planet over fossil fuel interests.

We’re calling on the world’s biggest emitters, the United States and China, to deliver NDCs next month that give us cause for hope. Australia and Brazil, each burnt by the effects of the climate emergency, must respectively rein in fossil fuel and industrial agriculture interests, while working to create fair and safe futures for their citizens and protect precious biodiversity.

It’s an NDC nightmare; as it stands governments’ collective commitments are woefully inadequate, with only a 1% reduction of emissions by 2030 completely missing the 1.5°C target. Governments need to recognise the rapidly deteriorating state of the planet, remember the promises they made in Paris, and come back with a better offer – it’s not too late to fix our future.

Broken Paris Agreement promises tell the story of a multilateral system that is hostage to fossil fuel interests, hindering climate action and risking all our futures. While governments need to properly regulate big polluters, the industry has to accept that the fossil fuel era has come to an end.”