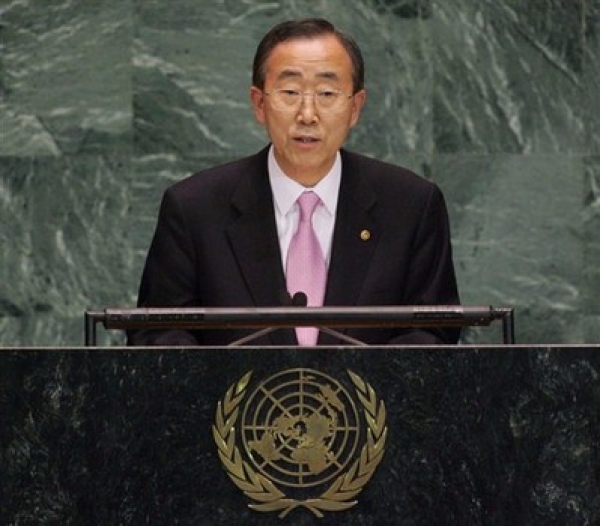 Citing widespread insecurity, the squandering of vast funds on deadly weapons instead of economic development, and the growing impact of climate change, United Nations Secretary-General Ban Ki-moon warned the world last month that it is in a race against time to save itself.

“This year, I am here to sound the alarm about our direction as a human family,” he told the 67th General Assembly at the opening of its annual General Debate. “This is a time of turmoil, transition and transformation – a time when time itself is not on our side.” Scores of the world’s heads of State and government and other high-level officials presented their views and comment on issues of individual national and international relevance at the debate.

Brutal human rights abuses continue to be committed, mainly by the Government, but also by opposition groups. Such crimes must not go unpunished.

Mr. Ban welcomed important progress on some fronts, noting that extreme poverty has been cut in half since the year 2000; democratic transitions are under way in the Arab world, Myanmar and many other countries; Africa’s economic growth has become the fastest in the world; and Asia and Latin America are making important advances.

“Still, we must raise our levels of ambition. We need more from each and every one of you. And the world needs more from our United Nations,” he declared. “Your people want to see results in real time, now, not the distant future.”

The UN chief stressed that the severe and growing impacts of climate change “are there before our eyes – yet too many people in power seem wilfully blind to the threat.”

Sustainability a win for people and planet

He noted that last December Member States agreed to reach a legally binding agreement by 2015. “Now, you must make good on this promise,” he declared. “Time is running out on our ability to limit the rise in global temperature to two degrees centigrade. “Changing course will not be easy. But to see this as only a burden misses the bigger picture. Sustainability and the green economy offer compelling opportunities to promote jobs, growth, innovation and long-term stability. The future we want can be ours – if we act now.”

Turning to the situation in Syria, where more than 18,000 people, mostly civilians, have died since the uprising against President Bashar al-Assad began 18 months ago and some 2.5 million Syrians urgently need humanitarian aid according to UN estimates, Mr. Ban deplored a situation that grows worse by the day and threatens a regional calamity with global ramifications. 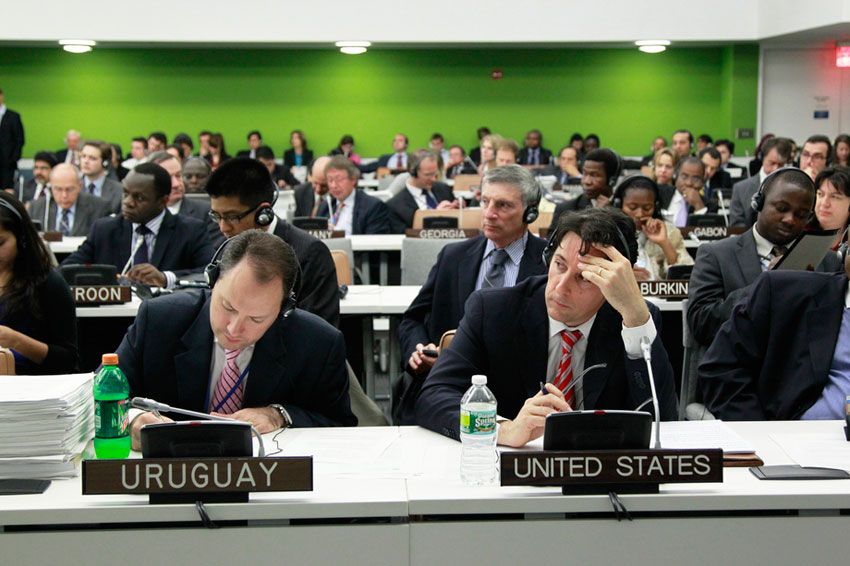 “Brutal human rights abuses continue to be committed, mainly by the Government, but also by opposition groups. Such crimes must not go unpunished. There is no statute of limitations for such extreme violence.”

Turning to the Middle East conflict, the Secretary-General said the Palestinians must be able to realize their right to a viable State of their own after decades of harsh occupation and humiliating restrictions in almost every aspect of their lives, while Israel must be able to live in peace and security, free from threats and rockets.

“The two-State solution is the only sustainable option,” he said, referring to the internationally endorsed plan for Israel and a Palestinian State to live side by side in peace. “Yet the door may be closing, for good. The continued growth of Israeli settlements in the occupied Palestinian territory seriously undermines efforts toward peace. We must break this dangerous impasse. 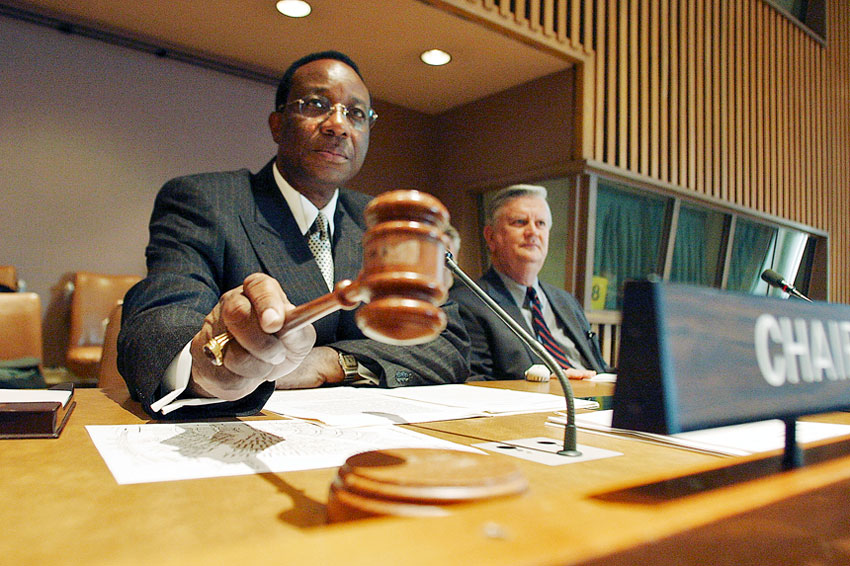 “I also reject both the language of delegitimization and threats of potential military action by one State against another. Any such attacks would be devastating. The shrill war talk of recent weeks has been alarming – and should remind us of the need for peaceful solutions and full respect for the UN Charter and international law,” he added.

He called on Iran to prove the solely peaceful intent of its nuclear programme and on the Democratic People’s Republic of Korea (DPRK) to move toward de-nuclearization of the Korean peninsula.

In an apparent reference to the publication of an anti-Islam video and the violent reaction in Islamic countries, Mr. Ban noted that “a disgraceful act of great insensitivity has led to justifiable offense and unjustifiable violence. Freedom of speech and assembly are fundamental. But neither of these freedoms is a license to incite or commit violence,” he said.

“Yet we live in a world where, too often, divisions are exploited for short-term political gain. Too many people are ready to take small flames of difference and turn them into a bonfire. Too many people are tolerant of intolerance. The moderate majority should not be a silent majority. It must empower itself, and say to bigots and extremists alike: ‘you do not speak for us’.”