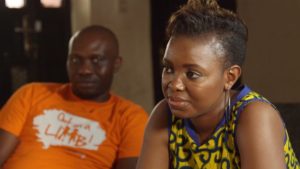 On this week’s African Voices Changemakers, CNN meets endurance swimmer Sarah Ferguson and freediver Shamier Magmoet, both of whom are using their talents to raise awareness of pollution in the oceans.

World-record setting swimmer Sarah Ferguson is using charity endurance swims to raise awareness of the importance of ocean conservation. She tells the programme why the issue is so important, “It’s affecting every part of the planet. It’s gone to the deepest part of the ocean, to Antarctica, there’s not a beach in the world that has not been affected by our throwaway society.”

Born in Johannesburg, Ferguson and her family used to travel to Durban on holiday. She recalls how these trips inspired her later life, “Before I could walk, (my family) put me on the beach and I’d just go straight for the ocean. So, I’ve always had a love for the water.”

From a young age, she was part of a swimming squad but later gave this up and it was not until a trip to India that her love of the ocean was reignited. She talks about how this trip planted the seed for her future ocean activism, “I think seeing the rubbish in India was a huge eye opener for me and I think that was definitely also the start of my journey into being a changemaker. Just seeing that rubbish and not wanting that for the future of my kids one day.”

In 2012 she founded the charity ‘Breathe Conservation’. The organisation uses Sarah’s swimming skills, through pioneering open water swims around the world, to raise awareness of plastic pollution. In March she became the first person to swim the entire perimeter of Easter Island as part of a campaign for ‘Swim Against Plastic’. This activism might seem like a big feat, but Ferguson explains that it’s really the little things that matter, “I don’t expect people to swim around an island or run a marathon, our motto at Breathe is to ‘live deeply and to tread lightly’.”

She goes on to talk about how every day decisions can have big impacts too, “Just like I get to my destination one stroke at a time, every single individual decision you make when you go to the shops: not to take the takeaway coffee cup, to bring your own bag, to refuse a straw. Overtime it makes a big difference. Pollution is too big to make a difference as one person, but if everyone does that one thing, it will make a difference.”

Her role as an advocate for the ocean extends beyond the water and into the classroom. She tells host Arit Okpo why she enjoys giving these educational talks, “I love speaking at schools, I do it fairly often. It’s just a great path for our future generation because they are going to be the future changemakers of this world.”

The second changemaker on this week’s show also uses education as his tool. In Cape Town, freediver Shamier Magmoet is one of the volunteers and founders at ‘Sea the Bigger Picture’. Magomet explains what the foundation has achieved since it began nearly a year ago, “We have collaborated and hosted about eighteen clean-up events. We have spoken to about two thousand school kids. We’ve introduced more than one hundred and fifty kids to the ocean, taught them how to snorkel and taught them about conservation.”

Magmoet started diving three years ago, and the more time he spent beneath the ocean, the more he felt a calling to protect it. He tells the programme about the importance of the ocean, “70% of our oxygen comes from the ocean. Every second breath of air that we take comes directly from the ocean, no matter where you live. Literally it’s a matter of life and death.”

Across South Africa, ocean conservationists like Ferguson and Magmoet are making a big impact to protect the sea from pollution and in educating the next generation to better protect our oceans.