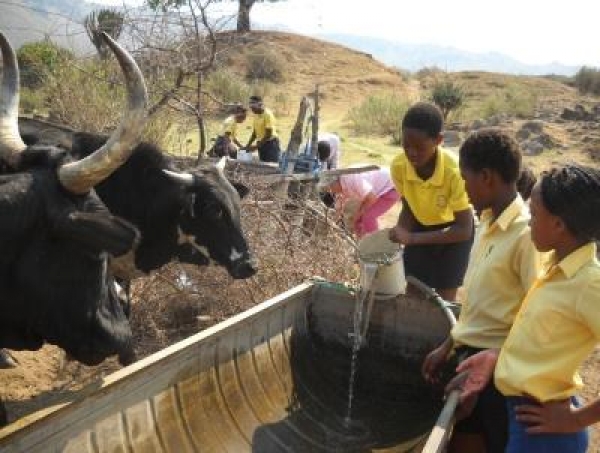 Sebope Primary School is located in the Sekhukhune District of Limpopo Province approximately 36 km from Burgersfort. The school is in its third year with the WESSA/WWF Eco-Schools programme in Limpopo province which is funded by De Beers.

Water is a scarce commodity in this area and with populations growing and mining expanding it is essential that quality is maintained and that the youth take the lead in monitoring.

Six learners from Sebope Primary participated in the annual World Water Monitoring Day held between September 18 and October 18 2010 by testing the pH, dissolved oxygen and turbidity levels of a well near their school. This is the third year that the well water has been tested by the school. The well is an oasis for biodiversity as it is situated in dry thornveld and is at least 2 metres deep. 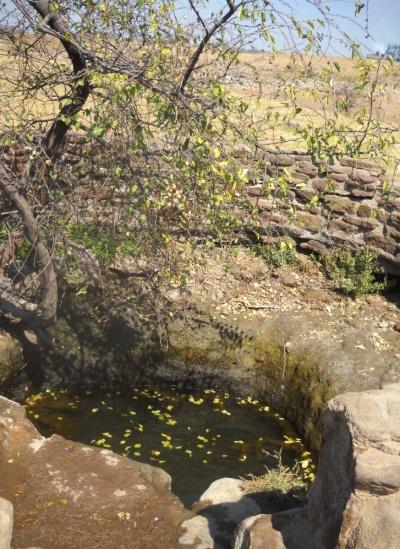 The mouth of the well has a diameter of 2 metres and is protected by a knee high stone wall. A cattle trough has been erected near by and the cows wait patiently for someone to collect water in a bucket to quench their thirst. Although eutrophication (a process where water bodies receive excess nutrients that stimulate excessive plant growth) was evident with the sides of the well having a proliferation of algae, total dissolved oxygen was high and pH was only slightly on the alkaline side.

Excess nutrients could be entering the groundwater as the area lacks proper sanitation facilities. The best indicator for good quality was natures own as frogs were swimming in the water. A clean up was held around the well as all sorts of non biodegradables had been left in the bush around the well and some had even blown into the water source. A small wetland area with four clumps of sedges were found close by and it was suggested that the children interview local people to find out if it was larger and more watery in the past or if it has always been so dry. 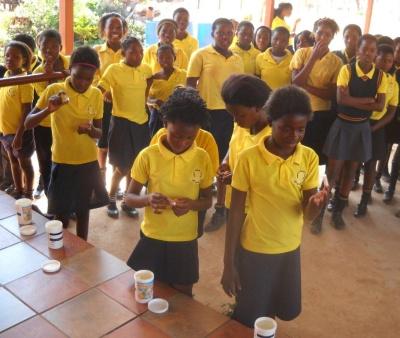 The testing kit stayed with the school so that other learners could participate and other water bodies in the area could be tested.

World Water Monitoring Day (WWMD) engages communities from around the world in monitoring the condition of local rivers, streams, estuaries and other water bodies. Since its inception in 2002, more than 80 000 people have participated in 50 countries. Each year kits are donated to Limpopo schools and results entered on an internet data base for comparison throughout the world.

For more information on Eco-Schools please go to WESSA or Eco-School Limpopo.