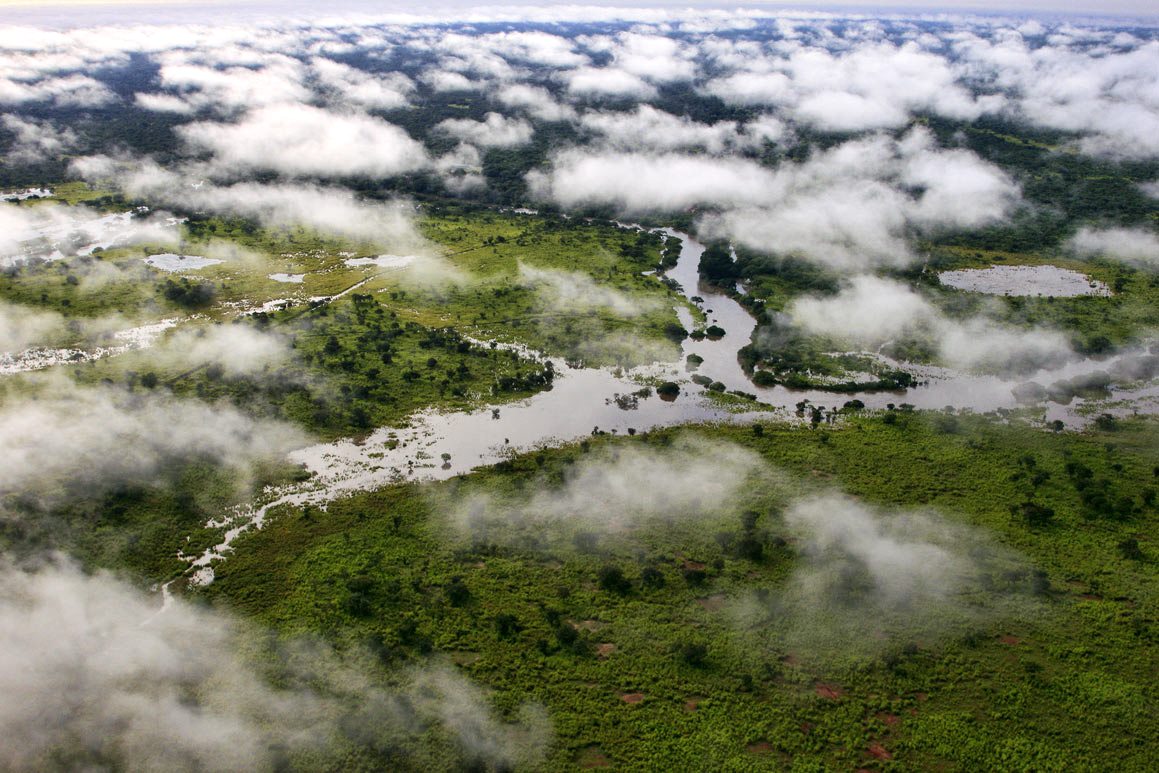 The forests of Central Africa represent the world’s second largest area of tropical rainforest after the Amazon and distinguish themselves by their outstanding biodiversity and high level of endemism. The conservation of the Congo Basin’s forests is essential for its 30 million inhabitants who depend on the countless environmental products and services that the forests provide. The region also plays a central role in climate regulation and carbon sequestration.

A Resolution from the World Wilderness Congress, released on 16th December, affirms that World Heritage Sites, Protected Areas, Community Conserved Areas, Indigenous Territories and Sacred Natural Sites, must be respected as “No Go Areas” and protected against mining and extractive industries. It calls on companies to cease mining and other destructive activities within all categories of protected areas, with immediate effect.

It is the first time there has been a joint statement on the threat of mining and extractive industries from such a broad range of sectors, uniting Indigenous Peoples, local communities, non-government organisations and institutional conservation agents. The Resolution was drafted at the World Wilderness Congress, WILD10, in October 2013, by The Gaia Foundation and the Indigenous Peoples of Africa Coordinating Committee (IPACC). It drew a groundswell of support from conservation groups and indigenous representatives, including the International Union for Conservation of Nature (IUCN) World Commission on Protected Areas (WPCA) and Commission on Environmental, Economic and Social Policy (CEESP), the WILD Foundation, Indigenous Peoples’ and Local Community Conserved Territories and Areas (ICCA) Consortium, International Indian Treaty Council (IITC), Sacred Natural Sites Initiative, African Biodiversity Network.

The Resolution was released in English and Spanish this week after public consultation. It highlights shared concerns about the increasing scale and destruction by extractives industries, and growing civil society demands for an end to the increasing violation of protected areas and pristine ecosystems and local communities.

Despite guidelines from the IUCN on conservation areas – including World Heritage Sites as ‘No-Go Areas’ – governments continue to give concessions to mining and extractive companies. Just this week an alert was raised on the license being granted to bulldoze a UNESCO Biosphere Reserve and last refuge of the uncontacted Ayoreo Indians, in Paraguay.

Nigel Crawhall, Chair of the IUCN working group on Indigenous Local Communities, Equity and Protected Areas (TILCEPA): “The extractive industries are more destructive than we could have possibly imagined 10 years ago. They are destroying vital ecosystems and huge areas of land. The impacts are already enormous, especially on water. The real meaning of the Resolution is that a global coalition for upholding conservation standards is spreading to a broader alliance of civil society. Together we are taking a stand.”

Liz Hosken, Director of The Gaia Foundation: “The goal posts have shifted radically. Mining is invading indigenous territories, protected areas, World Heritage Sites and fragile ecosystems around the planet at an alarming rate. Nothing is safe in the face of this assault. This Resolution signals to the extractive industry and to the governments, that across the world, peoples’ patience with mining is running out. They are endangering our already fragile Earth and we cannot allow this to carry on!”

Joseph Itongwa, Coordinator of PIDP-Kivu from Goma, DR Congo, and IPACC member: “Governments are treating Africa with contempt and even willing to breach agreements such as the iconic World Heritage Convention. Nothing is safe, as Chinese and Western multinational corporations roll over the continent, extracting what they want for their interests.”

Ernesto Enkerlin, Chair of the IUCN World Commission on Protected Areas: “All area-based conservation measure, be it an indigenous or community area or a government designated protected area such as World Heritage Sites, share the purpose of insuring sustainability, among other important values, and must not be compromised by extractive activities. Industries should up-hold the principle of “no go” in these areas. It is a matter of mutual respect.”

This WILD10 Resolution is an important stepping-stone for the international community who want greater protection of the world’s protected areas and indigenous territories. It will be on the table at the IUCN-hosted 6th World Parks Congress taking place in Sydney, November 2014.