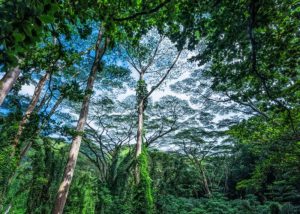 Hawaii has the highest recorded loss of seed-bearing plant species of anywhere in the world since 1900. Image: Design Pics / Shutterstock

The world’s seed-bearing plants have been disappearing at a rate of nearly 3 species a year since 1900 ― which is up to 500 times higher than would be expected as a result of natural forces alone, according to the largest survey yet of plant extinctions.

The project looked at more than 330,000 species and found that plants on islands and in the tropics were the most likely to be declared extinct. Trees, shrubs and other woody perennials had the highest probability of disappearing regardless of where they were located. The results were published on 10 June in Nature Ecology & Evolution1.

The study provides valuable hard evidence that will help with conservation efforts, says Stuart Pimm, a conservation scientist at Duke University in Durham, North Carolina. The survey included more plant species by an order of magnitude than any other study, he says. “Its results are enormously significant.”