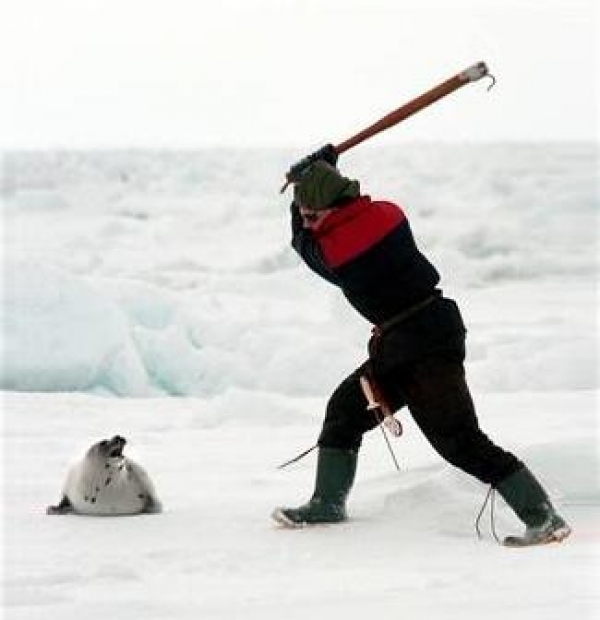 Several international groups have joined forces and are calling for a consumer boycott of all Namibian produce, sport and tourism, which includes de Beers diamonds, The Rugby World Cup, Heineken and Guinness. The boycott has the backing of a number of South African celebrities, including Miss South Africa.

As of 2010, the Namibian seal cull became the largest slaughter of its kind on the planet. Since the EU ban on seal products, the Namibian seal slaughter is now officially responsible for more deaths than the Canadian hunt. Sadly, very few people are even aware that this practice exists. There are no protests, no watchdogs overseeing the process and virtually no journalists covering the story. Consequently the levels of cruelty and violence are way more extreme than the Canadian hunt.

Each year, 85 000 baby Cape Fur seals, still nursing from their mothers teats, are savagely beaten to death on the beaches of Namibia. Their pelts are sold for a mere US$7.00. A further 6 000 adult bull seals are shot at point blank range so that the bones in their penises can be used to make an ineffective aphrodisiac. These animals are a protected species and appear on appendix 2 of CITES. Namibia is the only country in the world to allow the clubbing of nursing pups.

Under the Animal Protection Act of 1962 (Namibia) the SPCA have the legal mandate to arrest and detain anyone for beating an animal to death. The Namibian SPCA refuse to get involved on the basis that, according to the semantics of Namibian Law, a seal is not classified as an animal.

MISA (Media Institute for Southern Africa) has determined that the Namibian Government are using non existent statutes to arrest and detain journalists who attempt to cover the story (click here for more).

The Namibian Government claim this hunt is necessary in that it provides much needed employment. Since independence in 1990, the amount of people involved in the cull has dropped from 160 to 81, yet the TAC (total allowable catch) has been increased over 800% from 9 000 pups to 85 000 pups and 6 000 bulls. The workers live in tin and cardboard shacks on the beach and earn below minimum wage. They are only seasonally employed, for four months of the year. There is no profit sharing scheme in place for them where Cape Fur seal coats can fetch as much as US$30 000.00 quite easily. Hatem Yavuz is the one and only man behind this massacre.

The Namibian Government also have the gall to claim that this hunt is to protect their fishing stocks. They have produced no peer reviewed scientific document to prove the seals are responsible. Independent research indicates the decline in hake stocks is a matter of the adult hake eating the juvenile hake as there are insufficient seals to thin out the adult hake populations. Further more, since independence in 1990, the Namibians increased their annual fishing harvest from 300 thousand tons to 600 thousand tons. This has resulted in several mass die offs, the latest being in 2006 where some 350 000 seals died from starvation. This is the largest die off of any marine mammal in recorded history.

The annual cull only brings in between half a million to a million Namibian dollars in revenue for the Government. Models based on eco tourism from several other African countries show that up to 10 times more revenue could easily be generated from the seal colony. A medium sized casino can employ around 1 000 people all year round.

For further information, refer to The Seals of Nam, where you can find footage, photos, statistics, and who else the campaign organizers are targeting.