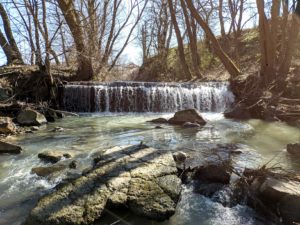 World Wide Fund for Nature (WWF)’s new Potential of Barrier Removal to Reconnect Europe’s Rivers report analyses a sample of 30,000 barriers on large and medium-sized rivers in Europe, and assesses their reconnection potential for the whole continent, the EU27, and by country.

The scale of river fragmentation makes Europe the most obstructed river landscape in the world. In Europe, over 85% of barriers are small structures such as weirs, ramps, fords and culverts.

All barriers, whatever their size, impact on river health; changing a river’s natural flow, blocking routes for critically endangered migratory fish species such as sturgeon, and trapping sediments that protect riverbanks and deltas against floods and sea level rises. 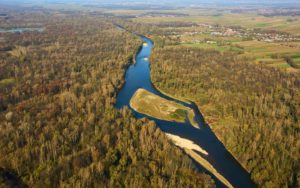 “One of the primary drivers of the decline of freshwater biodiversity in the Danube basin are dams and other water infrastructure that impact the natural habitats of freshwater species like Danube sturgeons, Danube salmon and other fish, otters, and thousands of other species in the region.” – Irene Lucius, WWF-CEE

Out of the sample studied in the report, less than 3% of Europe’s estimated 1 million barriers, 732 barriers were identified as having a high reconnection potential, and which would enable the reconnection of about 11,500 km of large and medium-sized rivers in the EU. A further 6,628 were identified as having a good reconnection potential. A total of nearly 50,000 km of rivers show a high and good potential to be restored to free-flowing again. The research concluded that there are 781 barriers with removal potential in Bulgaria, Hungary, Romania, Slovakia and Ukraine – representing 7828 km of potential river reconnection.

WWF-Slovakia successfully crowdfunded for removal of weir barrier on the Hucava River in Central Slovakia. The weir is an obsolete barrier blocking the natural flow and function of the river. The Hucava is host to an abundance of species including the Noble crayfish, Eurasian otter, common kingfisher, the Black stork and many important fish species. Removal of the weir is planned for the second half of June.

Within Verhovynskyi National Park, Ukraine, there are five splash dams that must be removed or modified to restore river connectivity for fish migration and spawning. No Carpathian river splash dam has been used since 1979. They have gradually decayed over time, though they still serve as obstacles for migratory fish such as brook trout and endangered Danube Salmon. Following a successful international crowdfunding campaign, the Lostunets Dam was the first dam to be removed last year under WWF-Ukraine’s new Splash Dam Removal Project.

Dam removal the fastest way to restore a river

Its efficiency has been proven on dams all over the world. The time between removal and total recovery of the river is very short. Within a few months a river can regain its territory, water quality improves dramatically, aquatic and terrestrial wildlife numbers boom, and the overall services that a river in good ecological state provides to humans regain their function.

The upcoming revision of River Basin Management Plans in Bulgaria, Hungary, Slovakia and Romania offers a unique opportunity to include measures and budget to restore rivers, floodplains and wetlands to ensure the proper implementation of the EU Water Framework Directive, as well as contribute to reaching the free-flowing river objectives stated in the EU Biodiversity Strategy for 2030. Recovery funds, meanwhile, can still offer a last minute chance to finance these kinds of operations.

The European Commission will release its proposal for legally binding EU nature restoration targets by the end of 2021. The target on free-flowing river restoration through barrier removal is crucially needed to halt the decline in freshwater biodiversity and complement the requirements set by the Water Framework Directive. This new analysis makes clear that the European Commission’s new Nature Restoration Law should and could aim much higher than its current target to maximize restoration potential for freshwater ecosystems.

“The removal of obstacles from rivers is a key tool to recover the functionality of rivers,” said Eva Hernández, WWF’s Living European Rivers Initiative Lead, and adds “If we want to reach the Green Deal objectives, if we want a resilient landscape that allows nature and people to adapt to climate change, we need to look at our rivers and start freeing them from all the obstacles that have piled in them over the last century.”