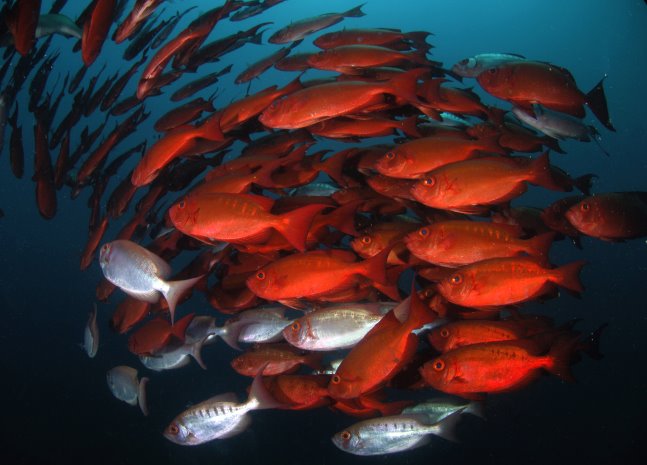 South Africa’s 24 marine protected areas (MPAs) are critical for the health of future fish stock. Yet their significance is not fully appreciated.

From coastal residents and fishers through to government prosecutors and judges, a lack of understanding of the importance of these areas continues to hamper efforts to manage MPAs effectively.

These are among the findings detailed in the WWF South Africa’s latest marine assessment, titled The State of Management of South Africa’s Marine Protected Areas. The report comes on the back of government’s commitment to develop an “oceans economy” as part of Operation Phakisa.

47% of marine and coastal habitats threatened

Similar to land-based parks and reserves, MPAs are created to protect important biodiversity assets from certain activities such as fishing, mining and other developments.

The WWF-SA report highlights the key challenges and practical solutions which need to be addressed in order to advance the country’s existing network of 24 marine protected areas (MPAs), among them Table Mountain National Park MPA in Cape Town and the Bird Island MPA near Port Elizabeth.

With many of our local marine resources over-exploited, and alarmingly 47% of marine and coastal habitat types considered threatened, the need for effective protection has never been clearer.

Protection for marine and human needs

Recognised as a key tool in fisheries management and biodiversity conservation MPAs form the foundation of marine conservation and also meet a wide range of human needs.

MPAs have additional benefits in that they also contribute significantly to ensuring healthy fish stocks by enhancing adjacent fish stocks through what is known as the ‘spillover’ effect of eggs and larvae. For example,  a study conducted in the Tsitsikamma MPA in the Southern Cape revealed that the density of the commercially important red roman (Chrysoblephus laticeps) was approximately 42 times higher in the MPA than in nearby fishing grounds.

Following similar assessments of the management effectiveness of South Africa’s MPAs in 2003 and 2009, a repeat assessment was conducted in 2013 to evaluate the progress made through the actions of national and provincial agencies involved in MPA management. It has been 10 years since the management of South Africa’s MPAs were first collectively reviewed. This makes the third version a robust overview of the areas of improvement.

Despite some important areas of improvement, overall, the report shows that many challenges identified in 2009 have persisted in 2013.

Says John Duncan, Senior Manager of WWF-SA’s Marine Programme:“This indicates the urgent need to prioritise these challenges to ensure that our MPAs are able to deliver the ecological and socio-economic benefits associated with healthy marine ecosystems.”

Some of the key challenges and recommendations include the following:

In the face of these challenges, there is growing global recognition of the importance of effective management of marine resources, with South Africa being at the forefront of developing long-term strategies for the conservation of marine resources.

One of the positive findings of the report is that many MPAs have implemented improved stakeholder consultation processes between authorities and other relevant local stakeholders, including the coastal communities who were historically not included in consultation around MPA management processes.

“We have made significant progress in growing the MPA footprint in South Africa over the last two decades, but without the resources to manage them effectively, our MPAs will not deliver the hoped-for gains,” says Duncan.

We urgently need to shift people’s perceptions around the value of these areas in order for them to understand that MPAs are fundamental to the long-term health of our marine ecosystems and the communities who rely on them. Ultimately, effective management of our MPAs is reliant on all stakeholders working together towards a shared vision. Government cannot do this on its own.”

Less than 2.3% of oceans are formally protected

Although the oceans cover more than 70% of the Earth’s surface and play a critical role in regulating our climate and providing food resources and other services to society, less than 2.3% of our world’s oceans are formally protected, compared to some 10% of our terrestrial areas.

Says Dr Morné du Plessis, CEO of WWF-SA: “Our South African marine protected area network is still lagging behind the terrestrial equivalent, but we are heartened by government’s recent commitments to significantly expand our network of marine protected areas to around 5% of our marine territory by 2018.”