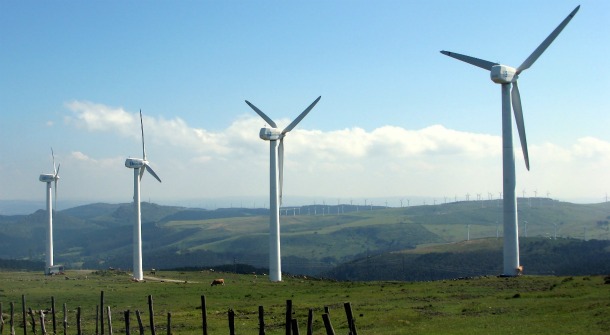 South Africa occupies an interesting place in the world these days — one part Westernised country, one part African nation. A report from earlier this year identified the country as one of the top 10 countries likely to enable fast-paced growth in the wind energy sector.

It was announced by the South Africa Department of Energy on Wednesday that additional renewable energy capacity — including onshore wind power and solar photovoltaic projects — would be added to the third round of Renewable Energy Independent Power Producers (REIPP) programme.

The announcement came less than a week after the South African Minister of Energy, Dikobe Ben Martins, met with renewable energy independent power producers at a breakfast roundtable discussion. Martins noted that “since the start of the licensing [for IPPs] process in 2012, significant strides have been made to consolidate the renewable energy industry.”

Martins added that “the Department of Energy, working with other departments, state of agencies and industry, will continue with the licensing of the next [rounds] until renewable energy producers constitute 30% of the energy mix, as set out in the Integrated Resources Plan, 2010.”
In their announcement of additional generation being added to the third round of the REIPP, the Department of Energy noted that the “inclusion of additional bidders” will contribute “towards the [Department’s] effort to ensure that renewable energy forms a significant part of the energy mix.”

Continuing that line, Martins announced “that a submission for [Round] 4 of the REIPP programme, which entails the procurement of 1000 megawatts, is on track to close in August 2014.”

A report by information company IHS in January of this year proclaimed South Africa as the world’s most attractive emerging solar energy country, due in part to the REIPP tendering programme. “In IHS’s Emerging PV Markets Attractiveness Index, South Africa scored 66 out of 100 for the fourth quarter of 2013, 17 points ahead of any of the competitors.”

“South Africa has consolidated its position as a growth market for PV by cultivating a policy environment stable enough to attract financing from commercial banks,” said Josefin Berg, senior PV analyst at IHS.