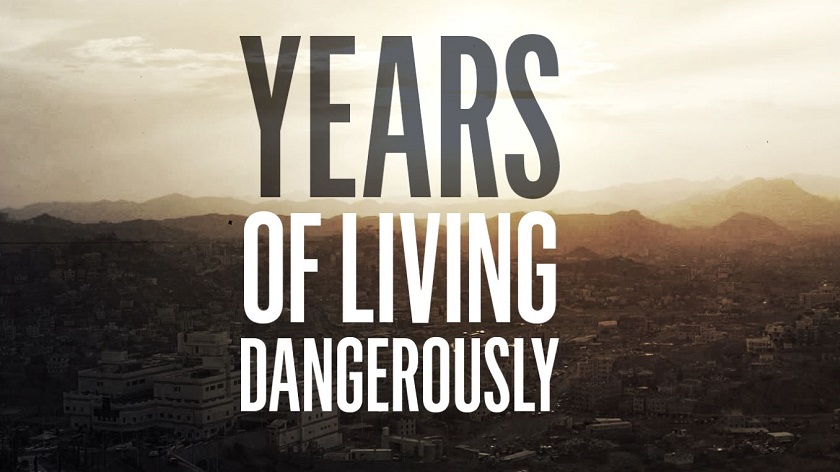 Learning through the audio visual medium is really what speaks most deeply perhaps to our current generation. Art for the sake of art, or entertainment, has its place in our society, but with our very civilisation now threatened, I was hoping that someone would use the film medium to speak to the masses. Deeply, easily and with impact. It looks like it has now happened.

Executive producers James Cameron, Jerry Weintraub, and Arnold Schwarzenegger have recruited an all-star cast for an important documentary TV series. Years of Living Dangerously will air on Showtime during this month; it features major celebrities talking to real people who have been negatively effected by global warming. Jessica Alba, Don Cheadle, Matt Damon, America Ferrara, Harrison Ford, Michael C. Hall, Olivia Munn and Ian Somerhalder are just a few of the celebrities who travel the world learning about this issue and sharing their thoughts.

“This groundbreaking documentary event series explores the human impact of climate change. From the damage wrought by Hurricane Sandy to the upheaval caused by drought in the Middle East, YEARS OF LIVING DANGEROUSLY combines the blockbuster storytelling styles of top Hollywood movie makers with the reporting expertise of Hollywood’s brightest stars and today’s most respected journalists.”