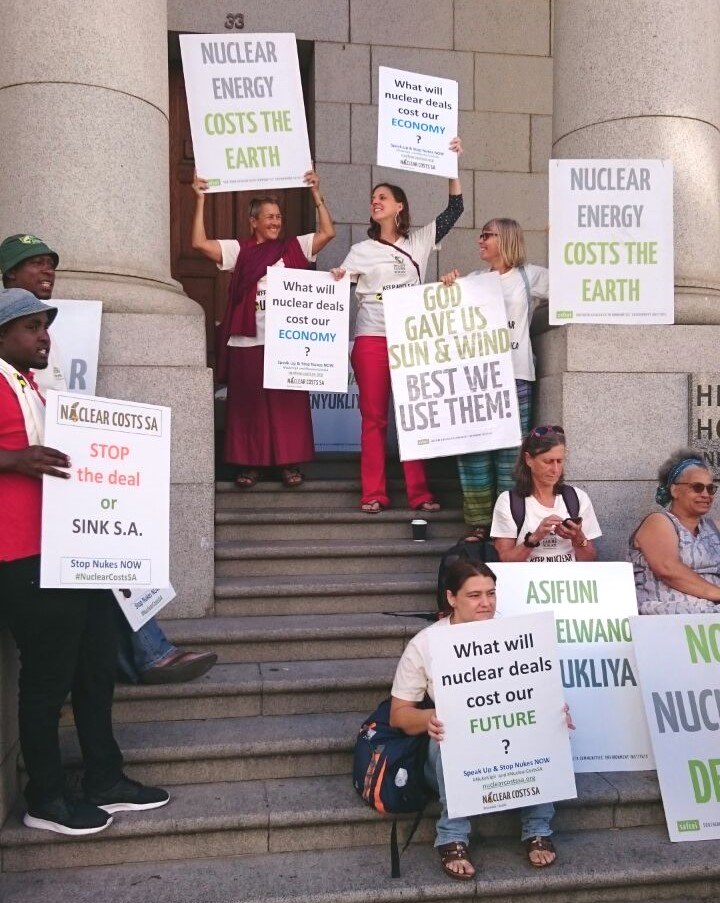 Yet another secretive Section 34 Determination for nuclear power had been signed by the current Minister of Energy, Tina Joemat-Pettersson. This was revealed in Court during what was described as a “disquieting” twist of events by senior counsel for the State (Marius Oosthuizen SC) on Tuesday.

The case was postponed to February. The Court ordered the Minister of Energy to pay the applicants’ costs on a punitive scale, including the costs of four counsel.

This challenge relates to the largest procurement deal the country has seen since the advent of democracy – a deal which is feared to have been engineered for Russia to be the preferred bidder.

The determination had been signed on 5 December 2016, yet over the next week the Court was not informed thereof and neither were the applicants – until literally minutes before the hearing was to begin. The Court stressed in its judgement that there was no evidence presented to the court explaining how this determination came about, when it was decided upon and the processes leading thereto.

The state’s legal team also argued that the Department of Energy is no longer the procurer of nuclear power, but that this responsibility has now been handed over to Eskom. The State argues the Escom is a company with its own board and therefore requires no mandate and no consultation from the state or the public to carry out its business and the spending of public funds. 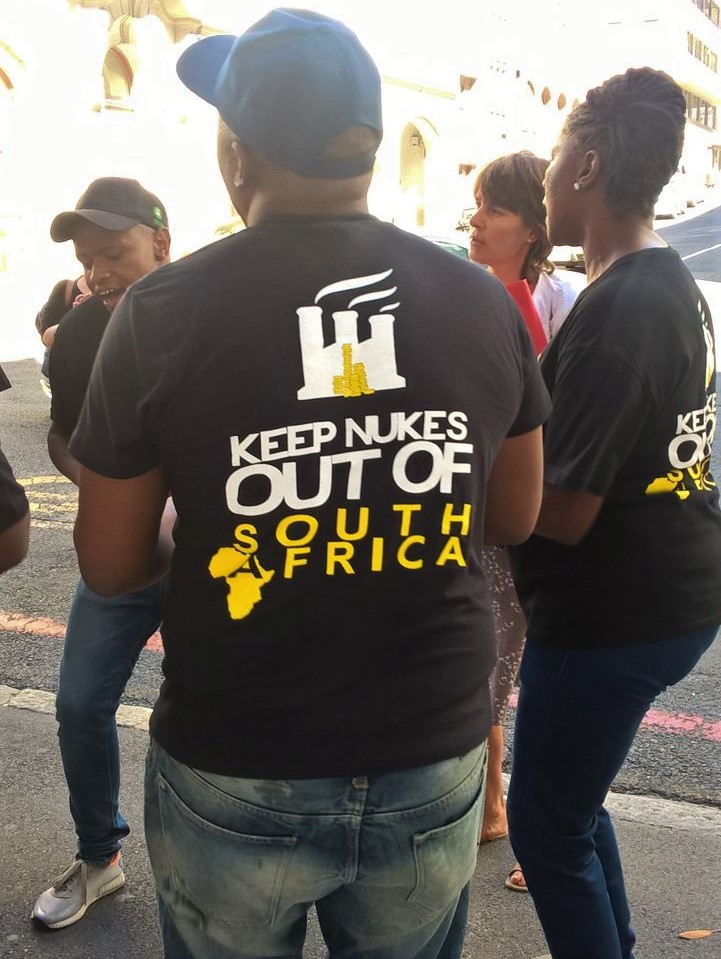 At the very time that the parties were arguing in court, the media reported that the request for proposals for the procurement of nuclear energy was to be released this week.

Delay and divide tactic but State must pay

“This was in fact, nothing short of an insidious delay and divide tactic on behalf of the Department of Energy, Eskom and NERSA. Instead of arguing the legalities and constitutionality of the Determination made in 2013 and then kept secret for 2 years, the courts were forced to deal with this latest development,” said Project Coordinator at Earthlife Africa Johannesburg, Dominique Doyle.

The State’s advocate argued that it should not be ordered to pay punitive costs. But after hearing arguments, the Court expressed its displeasure with the State’s conduct by ordering that the State should pay the costs of the applicants’ four counsel and on a punitive scale.

The Judges made it clear that the case needed to be heard on an expedited basis, and the case has been adjourned for hearing on 22 to 24 February 2017.

“Democracy depends on transparent and accountable government decision-making processes. We are looking forward to seeing justice done when we get to court in February next year,” said spokesperson for SAFCEI, Liz McDaid.