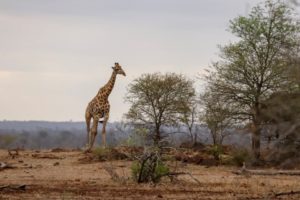 The World Youth Wildlife Summit brought together 225 youth delegates, adult chaperones (educators and community leaders), conservation experts and keynote speakers from the 21st – 24th September, to equip the youth to become Ambassadors for Conservation and influencers to reduce wildlife crime.

The impact of wildlife crime was highlighted during the Opening Ceremony when delegates participated in a March of Silence and laid pebbles, brought with them from their home countries, on an Isivivane (stone cairn) in honour of fallen wildlife and rangers due to poaching.

The following intensive four-day program, organised by Project Rhino, African Conservation Trust and the Kingsley Holgate Foundation and hosted at the Southern African Wildlife College, included several hours of discussion and debate regarding the responsible use of wildlife resources, strategies for demand reduction, the link between poverty and poaching, habitat loss, and the role of education and awareness. 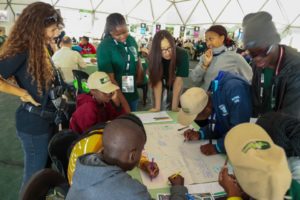 35 conservation experts and keynote speakers gave freely of their time to impart knowledge, answer questions and even provide career guidance, further motivating the youth to explore opportunities within the biodiversity economy.

Mahlubi Dlamini (15), a delegate from Eswatini, expressed heartfelt thanks to the organisers and pledged to start his own wildlife foundation in the future.

Sthembiso Myeni (18), from KwaZulu-Natal, South Africa also decided that he would like to study Nature Conservation in order to help protect wildlife. 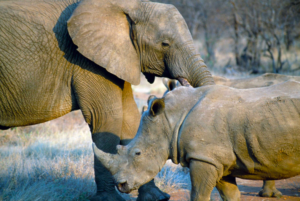 By the end of the event, the youth delegates, from across southern Africa, Europe and Asia, had exceeded expectations and demonstrated real commitment to continue raising awareness for conservation issues. Baraka Baudi (17), from Tanzania, sponsored to attend by the Grumeti Fund, pledged to arrange a district community gathering to educate others about wildlife crime and conservation.

Do Quang Thien (20), from Vietnam said, “In the next few months I want to reach 100 or more people to directly talk about wildlife crime and I will do further volunteering for conservation initiatives.”

Similarly, Larona Gaongalelwe (19), from Waterford Kamhlaba United World College said, “In the weeks after the Summit I will organise a ‘Youth for Wildlife’ symposium.”

“The process of watching the youth’s confidence grow as they were exposed to the knowledge and passion of the conservationists present was impactful,” said Summit Director, Francois du Toit, “We will continue to build relationships and provide them with the tools they need to get involved in conservation initiatives and raise awareness about wildlife crime.” 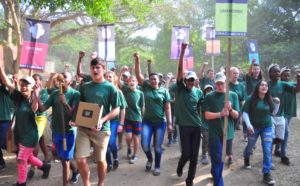 Further to their individual pledges, the delegates all signed the World Youth Wildlife Declaration:

“We, representing the Youth of the World, gathered at the Southern African Wildlife College in the iconic Greater Kruger National Park from the 21st – 24th September 2019 as a call to action against all forms of poaching and wildlife crime.

This Declaration is a continuation of the 600 000 ‘hearts and minds’ messages already composed by young people participating in the international Rhino Art Education Campaign and the thousands of messages contained in the 2014 World Youth Wildlife Declaration. 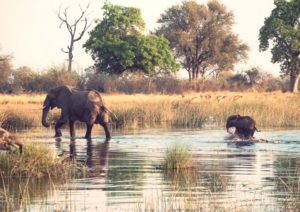 We, the Youth, are deeply disturbed by the worsening wildlife crime crisis, the exploitation of our natural heritage by organised criminal syndicates, and the subversion of our communities – all fed by human greed and deep-rooted corruption.

We demand that our voices be heard!

We do not want to be the generation that tell our grandchildren that we did nothing about it, and we call upon global leaders to join us in bringing the illegal trade in wildlife to an end.” 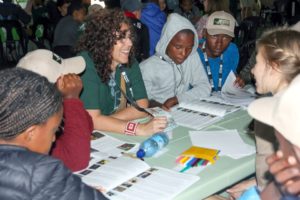 The Declaration will travel around the world garnering more messages of support and acknowledgment by more youth, celebrities and global bodies such as the IUCN.

Two significant achievements by youth participants also made the news during the Summit. Photographer Neville Ngomane from Wild Shots Outreach won the CIWEM Environmental Photographer of the Year for his photo ‘Desperate Measures’ – that depicts a rhino being de-horned to protect it from being poached.

Inspirational Youth Speaker, Hunter Mitchell (photographed below), left the event a day early to receive a Commonwealth Point of Light award from Prince Harry and Meghan Markle, Duke and Duchess of Sussex – an extraordinary achievement in recognition of his fundraising efforts to support orphaned and injured rhinos. 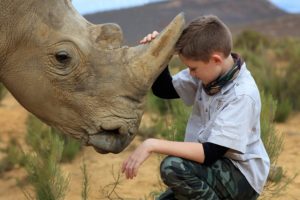