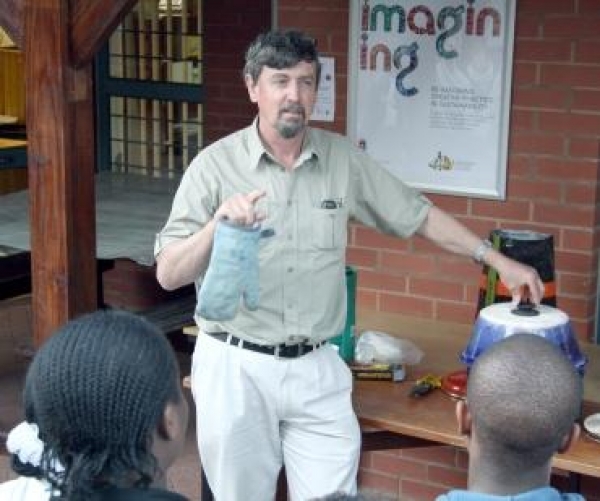 My journey with BlueBuck Network started like any exciting American teenage movie would. With a road trip. On 14 July I travelled up to Rhodes University in Grahamstown with EcoMaties for the Youth Environmental Summit, stopping at all the relevant places: Wilderness, Storms River and Nanaga Deli near Port Elizabeth.

My excitement for the summit, organised by the BlueBuck Network, grew as I chatted with the inspirational Stellenbosch students on the bus. These were my kind of people. Young people who are proactive and ready for change.

South Africa’s youth gathered at the summit to connect to like-minded young people and to create a support system for their different social and environmental projects via the BlueBuck Network. The bulk of the attendees were students from Nelson Mandela Metropolitan University, Stellenbosch University, the University of Cape Town, Rhodes University and the University of Swaziland.

The opening speech, conducted by Dr Saleem Badat, vice-chancellor of Rhodes University, reminded us that the struggles for social justice and sustainability are inextricably linked. He encouraged youth to refuse to accept the converse logic of inequality.

Students are reluctant to stand up

‘What concerns me is the apathy of students and their reluctance to stand up for their generation. The youth has always been forthright and energetic, yet now they are represented by the voices of the politics of the past. We need to reignite a voice of the youth that extends to all, not only the privileged.’

‘How do we pursue economic development with social equality? And how do we do that in an environmentally sustainable way and within a democratic framework? It has to be done together. Economic growth in itself doesn’t lead to greater justice. Human freedom should be the aim of development, not industrial advancement.’

According to Badat we tend to view the social and political structures that are currently in place as god-given, as if it has been there forever.

‘The structures are unnatural; they have been produced and reproduced by our own hands. It is all within our power and can be changed by our hands. The current structures lead to a huge deprivation for a large majority, usually the poor, and are hugely beneficial for a minority, usually the rich.’

SA one of most unequal in the world

He says South Africa, Botswana and Brazil are competing to be the most unequal country in the world. ‘20% of South Africans take home 72.5% of SA’s income and another 20% earn only 1.7% of SA’s income, living on less than R8 a day.’

‘Many Africans have daily routines of survival,but on the other side greed is ‘cool.’ Everyone has the right to have their dignities protected. Service delivery protests are ways in which people are in fact protesting their dignity. As long as everyone’s not equal, we can’t claim to live in a free society.’

‘What will we leave behind? The degradation of our environment and resources in the name of ‘progress?’ Environmental devastation ultimately feeds wealth and privilege. You must be bold and create a just society that will advance human dignity,’ he exclaimed.

Badat left us with a quote by Arundhati Roy, the author of The God of Small Things:

‘The only dream worth having is to dream that you will live while you’re alive, and die only when you’re dead. To love, to be loved.To never forget your own insignificance. To never get used to the unspeakable violence and the vulgar disparity of life around you. To seek joy in the saddest places.To pursue beauty to its lair. To never simplify what is complicated and to never complicate what is simple. To respect strength, never power. Above all to watch. To try and understand. To never look away. And never, never, to forget.’

On Saturday morning Dr Tony Ribbink, Chief Executive Officer of the Sustainable Seas Trust addressed us on the power of ripples of change.

‘We need to stand for what is right. Each of us can work on one portion and it will have a ripple effect. If you send out a ripple, it starts a wave and spreads resistance.’ 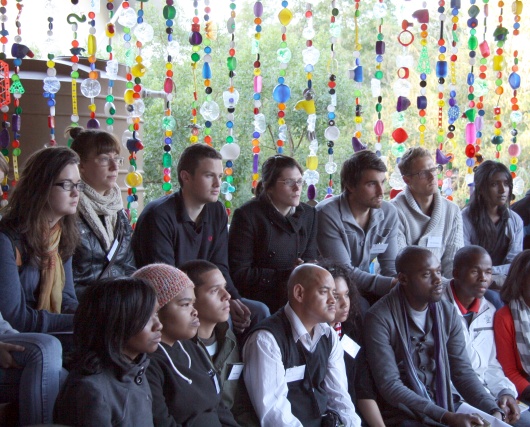 According to Ribbink we are now in the Anthropocene age, aka the people time, which dates back to the 1800s.

‘There are 3 people born every second. 2.8 tons of fish is taken out of the sea every second. 90% of our larger fish are gone, and we are moving towards catching the smaller species.What people are doing now has an effect on the environment.’

Ribbink explained that in East Africa some people were so traumatised by poverty that trainers have found it impossible to train and empower them with skills. He believes the world doesn’t take poverty as seriously as they should, especially not on a grassroots level.

‘The best brains in the world should come together with those who know poverty to find solutions. We can’t solve poverty by throwing money at the poor.’

In rural coastal villages money was offered to residents to stop fishing, but it took their jobs and self-worth away and didn’t solve any sustainability problems. These coastal communities are usually overlooked, and they have to fish to survive.

‘Millions are dependent on natural resources which are declining. This is scary for the impoverished. People from the coastal communities are already endangering their lives to get closer to the fish. They are now also competing among each other for limited resources.’

The shackles of unsustainable survival

‘Make harsh decisions about your career paths. Let the altruistic part of you do the real thing,’ Ribbink advised us.

‘Influence your peers, parents, government and businesses, beginning on your campuses. Fight for the rights of people. Unshackle them from unsustainable survival.”

Next up was Professor Heila Lotz-Sisitka, the Murray & Roberts chair of Environmental Education and Sustainability at Rhodes University. She referred to the global situation as being at a tipping point.

‘It can either tip into a dismal space or we can grab the opportunity to be creative. There are 291 million people in the 14 SADC countries. That is the same number of people as the United States, which means we have the power of people.’

According to Lotz there is a disconnection in our minds concerning the environment:

‘We think we can learn and live outside our environment. But are buildings and classes not part of nature?’

She addressed the worldwide problem called the quadruple squeeze which includes the climate change dilemma, 60% loss of our ecosystems, surprises in weather patterns and the 20/80 inequality dilemma. ‘20% of the world use 80% of our world’s resources. We allowed that to happen, in fact, we are promoting it. We aren’t thinking of the rest of the world. The majority is living in poverty.’

Quadruple squeeze is a polycrisis

She refers to the squeeze as a polycrisis, because these issues interact with each other.

‘This is a very creative moment for humanity. Human beings are a very adaptable species; we should simply be willing to act differently.’

Lawrence Sisitka, a freelance consultant from the Environmental Research and Learning Centre at Rhodes University, suggested that we simplify things to manageable scales.

‘As activists, you are going to be under attack. How do you deal with this? You don’t only need to be passionate, but also have the supporting evidence.’

‘It’s never going to be easy,’ Sisitka warns, ‘we’ll be fighting for justice for at least the next 50 years.’

According to Sisitka, environmentalists are quite individualistic.

‘People find it hard to work together. We need to move from an individualistic to a collective view of society.’ 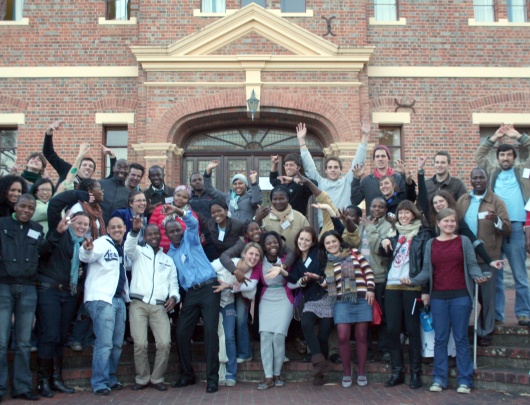 We are all guilty

He held up a brass wood-screw, an object used daily. It’s made of tin and copper. Minerals that had to be mined in Africa, washed with a lot of water and smelted using a lot of energy. ‘We are all in some ways guilty of the holes dug in Zambia and the copper belt. How can our screw have less of an impact?”

There is a need to seriously reimagine development.

‘Job creation in South Africa is a big issue. Is development in its current form delivering jobs? Our unemployment rate has actually gone up since 1994. Perhaps we don’t need this particular form of development; it’s not supporting social needs and causing environmental damage.’

Sisitka believes everyone is focusing on this way of living because we just don’t know any other way. ‘We need to put something positive as an alternative on the table.

‘What future does a young person in Soweto see? What’s the common vision?’ Sisitka asked.

The general reply was that a young person living in a township is probably hoping for a better life.

‘Is that better life determined by wealth? Possessions? This image is perpetuated by the media, especially television. Can every person in the world live that kind of life? We are presented with a dream that is not realisable. It is actually creating poverty.’

He adds: ‘Poverty is a measurement of the level of quality of life. It is more profound than simply the amount of money in your pocket.’

Sisitka encourages support for the second economy; the informal street trade in which the majority of Africans partake.

‘Cynics believe the capitalist system is too powerful and out of our control. It’s only in the interest of a small number of people. We can take more control.’

By the end of the weekend the message was clear, we need to change our mindsets and be bold in ending social injustice. As South Africa’s energetic youth we are very excited to go ahead and actively facilitate change.