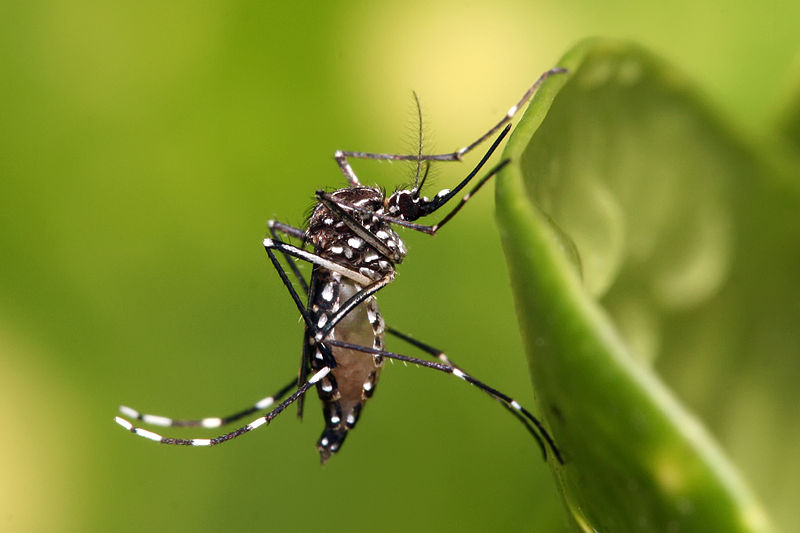 The Zika virus has the potential to reach epidemic proportions – possibly around the globe. Understanding the causes of the outbreak is vital to curbing it.

The World Health Organization announced it will convene an Emergency Committee under International Health Regulations on Monday, February 1, concerning the Zika virus ‘explosive’ spread throughout the Americas.

As the WHO statement said:

“A causal relationship between Zika virus infection and birth malformations and neurological syndromes … is strongly suspected. [These links] have rapidly changed the risk profile of Zika, from a mild threat to one of alarming proportions.

“WHO is deeply concerned about this rapidly evolving situation for 4 main reasons: the possible association of infection with birth malformations and neurological syndromes; the potential for further international spread given the wide geographical distribution of the mosquito vector; the lack of population immunity in newly affected areas; and the absence of vaccines, specific treatments, and rapid diagnostic tests […]

Zika seemingly exploded out of nowhere. Though it was first discovered in 1947, cases only sporadically occurred throughout Africa and southern Asia. In 2007, the first case was reported in the Pacific. In 2013, a smattering of small outbreaks and individual cases were officially documented in Africa and the western Pacific. They also began showing up in the Americas. In May 2015, Brazil reported its first case of Zika virus — and the situation changed dramatically.

Brazil is now considered the epicenter of the Zika outbreak, which coincides with at least 4,000 reports of babies born with microcephaly just since October.

When examining a rapidly expanding potential pandemic, it’s necessary to leave no stone unturned so possible solutions, as well as future prevention, will be as effective as possible. In that vein, there was another significant development in 2015. 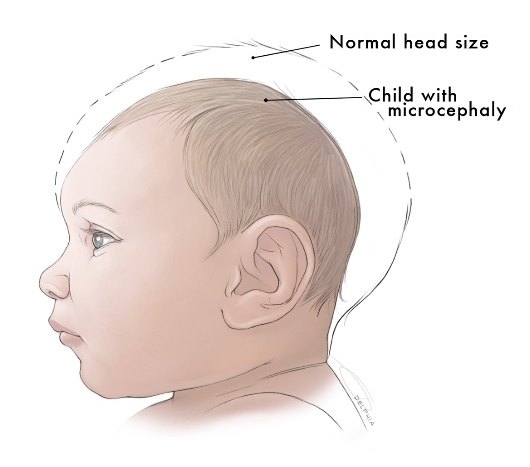 Oxitec first unveiled its large-scale, genetically-modified mosquito farm in Brazil in July 2012, with the goal of reducing “the incidence of dengue fever,” as The Disease Daily reported. Dengue fever is spread by the same Aedes mosquitoes which spread the Zika virus — and though they “cannot fly more than 400 meters,” WHO stated, “it may inadvertently be transported by humans from one place to another.” By July 2015, shortly after the GM mosquitoes were first released into the wild in Juazeiro, Brazil, Oxitec proudly announced they had “successfully controlled the Aedes aegypti mosquito that spreads dengue fever, chikungunya and zika virus, by reducing the target population by more than 90%.”

Though that might sound like an astounding success — and, arguably, it was — there is an alarming possibility to consider.

Nature, as one Redditor keenly pointed out, finds a way — and the effort to control dengue, zika, and other viruses, appears to have backfired dramatically.

The particular strain of Oxitec GM mosquitoes, OX513A, are genetically altered so the vast majority of their offspring will die before they mature — though Dr. Ricarda Steinbrecher published concerns in a report in September 2010 that a known survival rate of 3-4 percent warranted further study before the release of the GM insects. Her concerns, which were echoed by several other scientists both at the time and since, appear to have been ignored — though they should not have been. 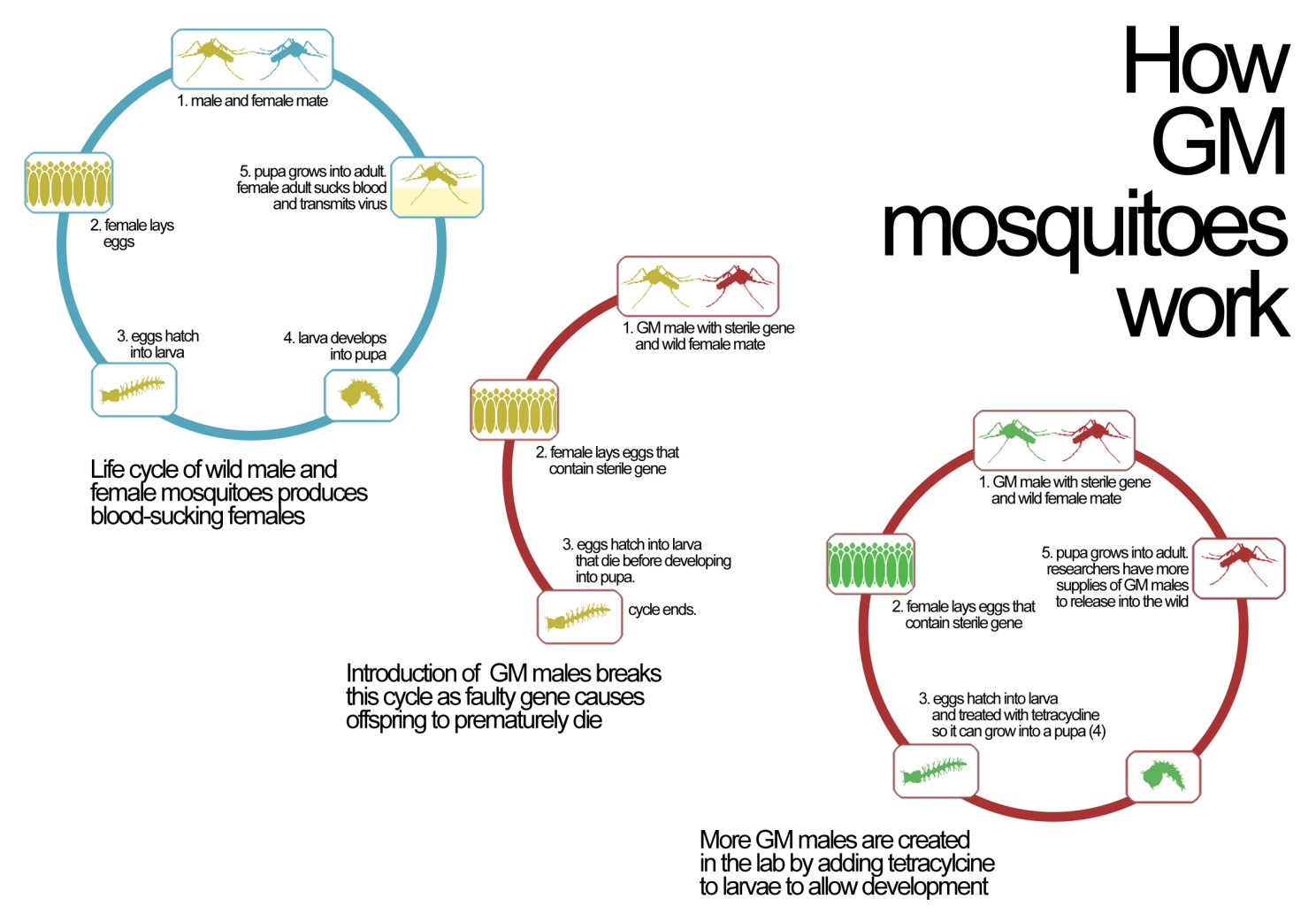 Those genetically-modified mosquitoes work to control wild, potentially disease-carrying populations in a very specific manner. Only the male modified Aedes mosquitoes are supposed to be released into the wild — as they will mate with their unaltered female counterparts. Once offspring are produced, the modified, scientific facet is supposed to ‘kick in’ and kill that larvae before it reaches breeding age — if tetracycline is not present during its development. But there is a problem.

According to an unclassified document from the Trade and Agriculture Directorate Committee for Agriculture dated February 2015, Brazil is the third largest in “global antimicrobial consumption in food animal production” — meaning, Brazil is third in the world for its use of tetracycline in its food animals. As a study by the American Society of Agronomy, et. al., explained, “It is estimated that approximately 75% of antibiotics are not absorbed by animals and are excreted in waste.” One of the antibiotics (or antimicrobials) specifically named in that report for its environmental persistence is tetracycline.

“After a lot of testing and comparing experimental design, it was found that [researchers] had used a cat food to feed the [OX513A] larvae and this cat food contained chicken. It is known that tetracycline is routinely used to prevent infections in chickens, especially in the cheap, mass produced, chicken used for animal food. The chicken is heat-treated before being used, but this does not remove all the tetracycline. This meant that a small amount of tetracycline was being added from the food to the larvae and repressing the [designed] lethal system.” 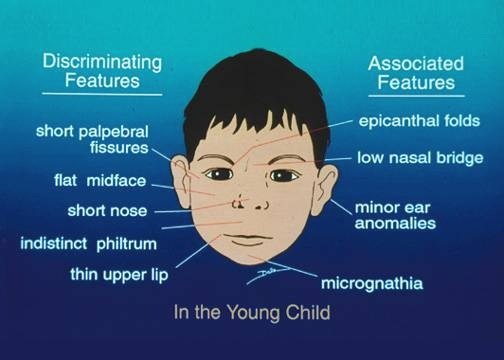 Even absent this tetracycline, as Steinbrecher explained, a “sub-population” of genetically-modified Aedes mosquitoes could theoretically develop and thrive, in theory, “capable of surviving and flourishing despite any further” releases of ‘pure’ GM mosquitoes which still have that gene intact. She added, “the effectiveness of the system also depends on the [genetically-designed] late onset of the lethality. If the time of onset is altered due to environmental conditions … then a 3-4% [survival rate] represents a much bigger problem…”

As the WHO stated in its press release, “conditions associated with this year’s El Nino weather pattern are expected to increase mosquito populations greatly in many areas.”

Incidentally, President Obama called for a massive research effort to develop a vaccine for the Zika virus, as one does not currently exist. Brazil has now called in 200,000 soldiers to somehow help combat the virus’ spread. Aedes mosquitoes have reportedly been spotted in the U.K. But perhaps the most ironic — or not — proposition was proffered on January 19, by the MIT Technology Review:

“An outbreak in the Western Hemisphere could give countries including the United States new reasons to try wiping out mosquitoes with genetic engineering.

“Yesterday, the Brazilian city of Piracicaba said it would expand the use of genetically modified mosquitoes …

“The GM mosquitoes were created by Oxitec, a British company recently purchased by Intrexon, a synthetic biology company based in Maryland. The company said it has released bugs in parts of Brazil and the Cayman Islands to battle dengue fever.”

By Claire Bernish. Source: The Anti-Media