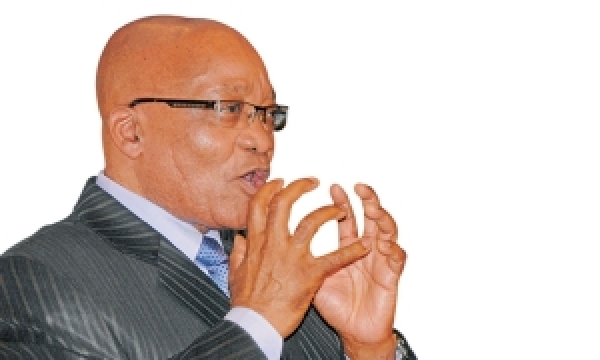 The President of the Republic of South Africa, Jacob Zuma has officially opened the much anticipated COP 17/CMP7 conference held at the Albert Luthuli International Convention Centre. In his speech, he stresses the need for all involved parties to strive to find a solution, here in Durban.

“For most people in the developing world and Africa, climate change is a matter of life and death. We are always reminded by the leaders of small island states that climate change threatens their very existence.

Recently the island nation of Kiribati became the first country to declare that global warming is rendering its territory uninhabitable. They have asked for help to evacuate the population,” he said.

Zuma said Africa is more vulnerable because of poverty which limits the ability of most African nations to cope with the impact of climate change.

He noted that agricultural output in many African countries is expected to decrease by as much as 50% by the year 2050, which will cause serious food shortages.

“Severe drought in Somalia is exacerbating an already volatile region causing displacement of populations and increasing refugee communities in Kenya.

“In the Americas, we have also witnessed the frequency of intense hurricanes on the Gulf Coast from which the communities of New Orleans have yet to fully recover, five years after Hurricane Katrina,” he said.

South Africa, Zuma explained, has also experienced unusual and severe flooding in coastal areas in recent times, impacting on people directly as they lost their homes, jobs and livelihoods.

“Given the urgency, states parties should strive to find solutions here in Durban. Negotiators will be building on the good work done in Cancun, Mexico at COP 16/CMP6. The message we wish to emphasise to negotiators is simple.

“The expectation is that you must work towards an outcome that is balanced, fair and credible,” the President said.

He said the states parties had a responsibility to re-affirm the multilateral rules-based system anchored by the Kyoto Protocol and to provide the funding needed to address impacts of climate change through activating the Green Climate Fund.

“We also feel strongly that as an African Conference of the Parties, the COP 17 outcome must recognise that solving the climate problem cannot be separated from the struggle to eradicate poverty.

“Informed by this view, as a responsible global citizen, South Africa is contributing its fair share to the global effort to reduce greenhouse gas emissions.

At COP 15 in Copenhagen, we announced our commitment to reduce carbon emissions by 34% in 2020 and by 42% in 2025, with support from developed countries with regards to finance, technology and capacity-building,” he said.

He concluded his speech by saying that he looked forward to meeting the delegates again on the 6th of December, at the high level segment opening.

About 20000 delegates from more than 190 countries are gathered in Durban to try and thrash out a plan to counter global warming and the catastrophic effects of climate change.