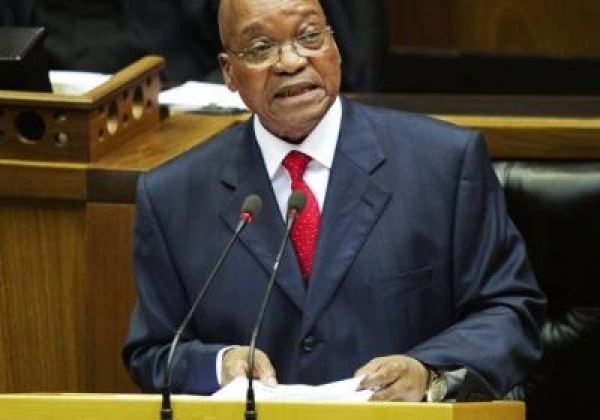 President Jacob Zuma delivers his speech as he opens the 2011 session of the South African parliament in Cape Town February 10, 2011. Zuma called on the government and private sector to create jobs, setting aside billions of dollars to create work in Africa’s largest economy, hard-hit by chronic unemployment. Image: REUTERS/Pool.

Although President Jacob Zuma’s State of the Nation Address rightly focussed on the urgent need for job creation and energy security in South Africa, he failed to see how renewable energy has an important role to play in fulfilling both goals.

Greenpeace regrets that Zuma’s only comment on reducing our energy footprint was that South Africans should “turn off their geysers” and other appliances when not in use.

In a country where over 90% of our electricity comes from dirty coal, and which is already facing the impacts of climate change, like many other African countries, green tips like these are simply not enough.

We need decisive action and a real commitment to a clean energy future now.

A significant step towards that future could take place at the next round of UN international climate negotiations in Durban later this year. It is a real opportunity for South Africa to facilitate a global deal on saving the climate and emerge as a global leader. It was a further disappointment, then, that the negotiations did not receive mention in the State of the Nation Address, and Greenpeace hopes that this does not indicate a lack of commitment on the part of government.

“Zuma made specific mention of South Africa’s mineral wealth in his speech, but this country also has a unique abundance of natural resources, like wind and solar and it’s time we took advantage of those. Renewable energy will put South Africa on the path to prosperity, driving job creation and promoting energy security” said Olivia Langhoff, Greenpeace Africa campaign director.