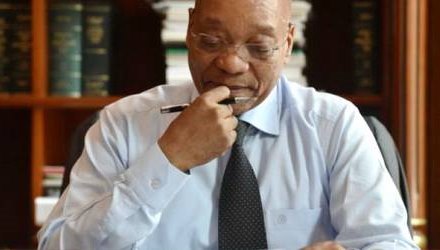 It has happened. President Jacob Zuma has signed the Medicines and Related Substances Amendment Bill 6 of 2014 into law in terms of section 84(2) of the Constitution.

This new Act creates a new legal framework for the Medicines Control Council (MCC) to be scrapped, and for the establishment of a new South African Health Products [sic] Regulatory Authority (SAHPRA), similar to the FDA in the USA. The SAHPRA will no longer be an organ of State, but a self-funded, autonomous, semi-private entity at an arms length from our legislature.

The controversial definition of ‘Complementary Medicine’ (enabling clause) was dropped from the text of the Bill under the instruction of the Parliamentary Portfolio Committee for Health during the passage of the Bill through the law-making process. Hence complementary and alternative products (and African Traditional Medicines) are not defined in the framework of new Act.

The SAHPRA will be capacitated with full-time employees and drug registration assessors from fees derived from drug applications and industry licensing fees. Many pharmacy graduates, once trained for SAHPRA, will be dispatched to drug regulators in neighboring countries. It is envisaged that the SAHPRA will absorb over 250 specially trained regulatory pharmacists over the next five-ten years, with seed money pledged by the EU Commission, SwissMedic and the Bill & Malinda Gates Foundation.

The SAHPRA will also become a springboard for the Pan-African ‘Model Law for Pharmaceuticals’, a harmonized regulatory regime hatched last year by the African Medicines Regulatory Harmonization (AMRH) Program, implemented as part of the Pharmaceutical Manufacturing Plan for Africa (PMPA). This Model Law is being supported and funded by the UN, NEPAD Agency, African Union Commission, Pan African Parliament, World Health Organization, World Bank, Bill & Melinda Gates Foundation and the US Government.

Three years ago the MCC also joined a larger international regulatory harmonization cabal, namely the International Consortium of Medicines Regulatory Authorities (ICMRA). This US FDA initiated consortium has met twice a year for the last three years, and comprises regulator heads from most drug-producing and high drug consuming countries. The ICMRA is a non-transparent, and unaccountable body where regulatory authorities around the world share strategic leadership to expand global regulatory reach (ie open more markets for pharmaceutical drugs). Among it’s stated goals is the vision to create a singular regulatory regime (regulatory convergence) for all medicinal products for human use (pharmaceuticals, biologics, genetic therapies, radiopharmaceuticals and “grey zone” Traditional & Natural Health products. The MCC (soon to be SAHPRA) presides on the ICMRA Management Committee.

The TNHA have confirmed recently that Health Canada, who currently chair the ICMRA, are keen to export key aspects of their restrictive Natural Health Products regulations, which eliminated up to 20,000 natural health products in Canada over the last eight years. South Africa and the UK are allegedly earmarked to be the first dominoes to fall in the roll-out of this ICMRA approved harmonization scheme for CAMS in the future.

There is no doubt that South Africa is currently ground zero for African drug regulatory harmonization, and solidly embedded in international harmonization schemes which will expand BigPharma markets into developing regions and will attempt to restrict non-drug health product choices.

The passing of Bill 6 into law will undoubtedly unlock readily available resources from deep pockets to rapidly advance this agenda. One thing is for certain going forward. Most, if not all of our domestic medicine regulatory laws will no longer be drafted at home by our own publicly elected representatives in South Africa. The AU Commission and non-elected bodies like ICMRA will be calling the tune, and getting redress will be significantly more challenging.