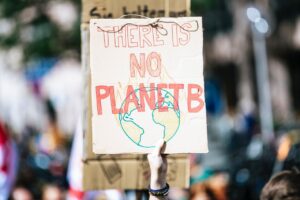 Epson has released the results of its global Climate Reality Barometer, which found that almost sixty percent (58.9%) of South Africans surveyed are optimistic that the country will avert a climate crisis in their lifetime. This reveals a potentially damaging gap between perceptions of climate change and people’s understanding of its catastrophic effects.

The survey captured the experiences and perceptions of climate change of just over 1000 South Africans.

Optimistic South Africans believe that science and technology can solve the climate change problem (27.9%), that the country can move from fossil fuels to renewable energy sources (28.4%), and that people are more aware of climate dangers than they were historically (27.4%). 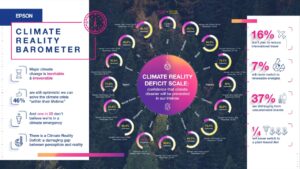 Those who are pessimistic (17.4%) and believe we won’t avoid a climate disaster in their lifetime, cite a lack of awareness of the dangers of climate change (34.3%), a lack of government action (27.4%) and a slow switch to renewable sources of energy such as wind turbines (24%) as reasons for their pessimism.

Respondents were asked what they believe the top three effects of climate change to be. Most identified higher temperatures (81.2%), more wildfires, and more extreme weather (both 79%).

The goal of Epson’s barometer is to raise greater public awareness of the impacts of climate change, to influence transformative business decisions, and to better inform policy makers. It was timed to help frame discussions at COP 26 held in the UK in November 2021. 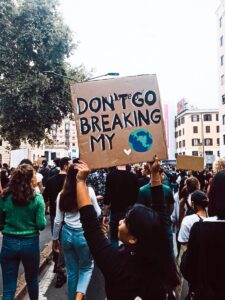 It also coincides with South Africa’s Cabinet having recently passed the Climate Change Bill, soon to be tabled in parliament. According to the Department of Environment, Forests and Fisheries, the Bill gives effect to South Africa’s international commitments and obligations in relation to climate change and defines the steps to be taken to protect and preserve the planet for the benefit of present and future generations.

“The barometer’s findings highlight the significant difference between people’s perceptions and the reality of the climate emergency we’re facing in South Africa, which reports say have increased the frequency of extreme temperature events in Southern Africa, with temperatures spiking twice as fast as the global average,” says Timothy Thomas, country manager, Epson South Africa. 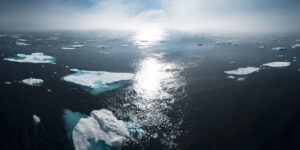 When asked who should be primarily responsible for tackling the climate emergency, encouragingly, 18% of respondents see that they are personally “the most responsible”, while almost a third believe that we are collectively responsible.

There is early evidence to suggest that South Africans are accepting personal and collective responsibility to mitigate the effects of climate change, with the top three actions including reducing plastic use (63.3%), improving recycling habits (62.1%), and walking or cycling more often (60.3%).

Many however believe the responsibility lies elsewhere: nearly a third say governments should be most responsible for tackling the climate emergency, while 17.5% say big and small business should.