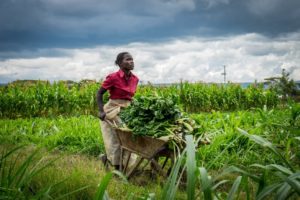 The London School of Economics and Political Science’s Grantham Research Institute on Climate Change and the Environment, the University of Stirling and the African Conservation Development Group (ACDG) have partnered to launch forestLAB, a multi-disciplinary research hub that aims to find climate-smart solutions for sustainable development in Africa.

The forestLAB initiative launches as the world’s attention is focused on the COP26 climate conference, which kicks off on 31 October.

One of forestLAB’s objectives is to highlight the role that Africa’s high forest, low deforestation (HFLD) countries play in mitigating against global climate change and to develop monitoring tools and financial mechanisms to ensure these forests’ continued protection.

In collaboration with Gabon’s Centre for Scientific and Technical Research (CENAREST), forestLAB will focus its initial research on Gabon, part of the Congo Basin which harbours the second largest expanse of rainforest on earth and represents a critical line of defence in the fight against climate change.

At its first research centre in Loango National Park, forestLAB will build on the work conducted by the University of Stirling, which has monitored African rainforest ecosystems for over 40 years. One of Stirling’s findings has been a decline in the fruit production of trees over the past 25 years in Lope National Park, along with a drop in the physical condition of forest elephants. Ecological monitoring through forestLAB will be invaluable in assessing the impact of climate change on tropical forests while devising mechanisms to ensure their ongoing protection.

“African countries are faced with the challenge of facilitating growth while tackling the threats of climate change, biodiversity loss and environmental degradation. Leveraging science-led data and insights from forestLAB can help scale new sustainable models that conserve biodiversity, ensure socio-economic development and mitigate against climate change.”

“We are excited to launch forestLAB at a time of heightened awareness around the role of tropical forests in tackling climate change and biodiversity loss.”

According to Professor Alistair Jump, Dean of Natural Sciences at the University of Stirling, “We are renowned for our natural science research that explores the interrelationships between human needs and biological and environmental systems, and we look forward to bringing this expertise to forestLAB.”

Speaking at forestLAB’s launch event today, Baroness Minouche Shafik, Director of the London School of Economics, said forestLAB “presents a tremendous opportunity for social and natural scientists to work together on a vital challenge that will provide lessons for developing countries.”

Speakers called for incentives to ensure that Africa’s HFLD nations can realise the value of their forests in a way that is both climate-positive and economically sustainable. HFLD nations currently contain 24% of the Earth’s remaining forests and play a crucial role in storing global carbon yet receive a disproportionately low proportion of climate finance.

In 2019, 25 developing countries met the HFLD definition, meaning they had more than 50% forest cover and a deforestation rate of under 0.22%. Gabon alone sequesters 100 million tons of CO2 each year more than it emits.