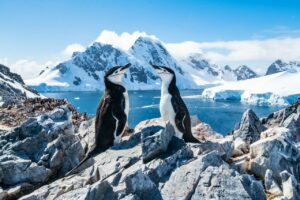 Antarctica, the white continent in the Southern Hemisphere known as one of the most pristine places on Earth absorbs nearly three-quarters of global excess heat and captures almost one-third of of the planet’s carbon dioxide.

Not only does Antarctica contain 90% of the ice and 70% of the fresh water on Earth, a host of species live only here including: 5 species of penguins, 6 whale species, 200+ fish species, and 23 mammalian species. Did you know that Emperor Penguins have lived in Antarctica for 60 million years?

Antarctica not only profoundly affects Earth’s climate and ocean systems, its ice sheet bears a unique record of what our planet’s climate was like over the past million years.

Climate change, however, threatens the iconic Emperor Penguins and indeed most life in this unique ecosystem with extinction.

The Antarctic Peninsula has warmed at a rate about 10 times faster than the global average. The average annual temperature of the Western Peninsula has increased by nearly 3°C in the last 50 years. 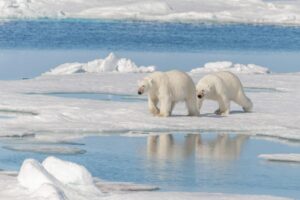 Many groups and governments have taken up the call to protect Antarctica, including the Antarctic and Southern Ocean Coalition (ASOC). Among their objectives, ASOC advocates for science-based policies within the existing Antarctic governance framework, namely the Antarctic Treaty signed in 1959. Now with 50 signatories, the treaty sets aside Antarctica as a scientific preserve and establishes freedom of scientific investigation.

The creation of the Ross Sea Protected Area created in 2017, protects one of the most biodiverse and productive marine areas in the region. At the time this marked the largest MPA in the world, covering 1.55 million square kilometers, of which 1.12 million square kilometers is fully protected. This represents one of the most significant conservation milestones for Antarctica to date.

With no permanent population, all personnel found on Antarctica hail from other countries (mostly ones who have laid claim to Antarctica but also those with no official claim). Many of these do not recognize each other’s claims. All this makes it exceedingly challenging to create and implement the holistic deep protections that Antarctica now urgently needs to safeguard its unique ecosystems.

The Earth Law Center has joined a coalition to create a Declaration of Rights of Antarctica to provide a framework for a new ecocentric vision, planned for launch at Earth Day in April 2022. 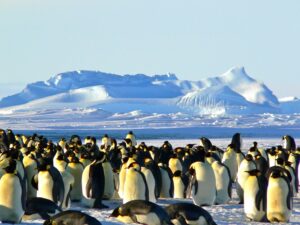 Building on earlier frameworks to protect oceans and rivers, Earth Law Center has worked to catalyse a global movement to curtail activities which harm diverse ecosystems.

The declaration aims to provide a code of conduct, to manage human activity in Antarctica with the protection of the ecological needs and natural capacities of that unique ecosystem as a priority. Similar to the Universal Declaration on Human Rights and World Charter for Nature, countries can then join in supporting, implementing and enforcing this new norm.

“Antarctica is a ripe opportunity for reimagining governance and reclaiming sovereignty for the natural inhabitants of the area. Rather than seeking to claim parts of the whole, and exercise rights given to us under the Treaty system, we instead would honour our responsibilities to ensure the area is protected as a common heritage for future generations of all life.” Michelle Bender, Ocean Campaigns Director, Earth Law Center.