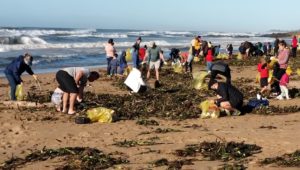 Clean-ups happened across the country this month for World Environment Day.

The theme of this year’s World Oceans Day was “Ocean: Life and Livelihoods” and this annual event helps to shed light on the wonder of the ocean and how it is our life source, supports humanity and every other organism on Earth.

Plastics|SA supported this good work by sponsoring plastic bags, as well as gloves, rakes and other resources required.

“Each year Plastics SA, supported by role players in the plastics and packaging industries (plastics, glass, metals, paper) and their PRO’s (Producer Responsible Organisations), raw materials suppliers and recyclers get involved in clean-ups around the country. We sponsor more than 400 000 of our bright yellow bags annually as part of our mission to spread awareness about the threat of rising pollution levels and climate change. This year, we are proud to report that we assisted thousands of volunteers to remove the visible litter from numerous beaches, waterways, roadsides and the environment,” says Douw Steyn, Sustainability Director at Plastics SA. 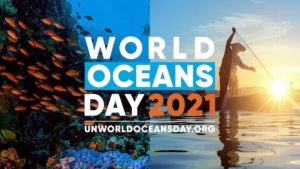 One of the highlights of this year’s events was a major clean-up by the Clean Surf Project at Toti Lagoon in Amanzimtoti, KwaZulu-Natal, which was supported by Plastics SA, KZN Marine Waste Network South Coast, Department of Forestry, Fisheries and Environment and volunteers.

“We sponsor more than 400 000 of our bright yellow bags annually as part of our mission to spread awareness about the threat of rising pollution levels and climate change. Sadly, the state of the litter on the beaches in Durban was very bad this year after the heavy rains that had fallen prior to the weekend. Most rivers such as Umgeni, Toti and Mbokodweni (Umbogintwini) came down strong and transported large volumes of plastic bottles, containers, tubs, crates and many shoes downstream and onto the beaches,” Douw reported.

In less than 2 hours, 120 volunteers managed to remove more than 350 bags of litter from the beach – 80 % of which was clean, recyclable plastics such as PET cooldrink bottles and HDPE milk bottles which were sent off to local recyclers in six bulk bags. 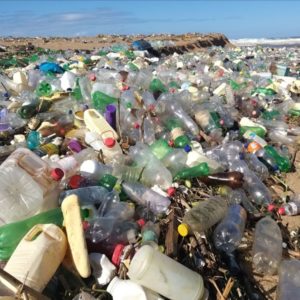 “I can only applaud the commitment and positive, can-do spirit shown by all the volunteers this past weekend. Learners, educators, parents, corporates, community members and government officials all rolled up their sleeves and worked together to collect and remove litter, leaving the beaches in a pristine condition,” Douw concluded.

“We will be ramping up our efforts and awareness campaigns as we prepare for the annual Clean-Up & Recycle SA Week (13-18 September 2021), which will culminate in National Recycling Day on 17 September and South Africa’s 25th annual involvement in International Coastal Clean-Up Day, which will take place on 18 September.”