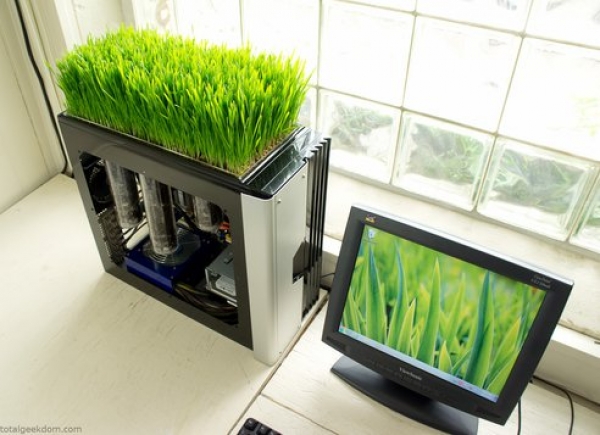 The results are a PC case that has been modified to take advantage of the waste-heat generated by operating the computer to germinate and grow wheatgrass in the low light environment of his basement. It is also equipped with Windows and Linux to give his son options. The whole project cost him $10.00.

Ramon Gonzales has been taking advantage of waste-heat generated by televisions and refrigerators to germinate seeds for years. He thinks Mike is onto a great idea that he could use to create computers that germinate seeds for gardeners who can’t bring themselves to buy heating mats.