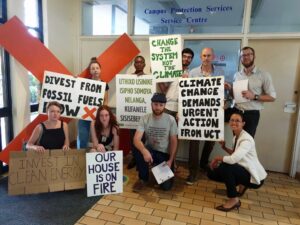 The Government of the People’s Republic of China has confirmed in correspondence with Fossil Free South Africa that China will no longer be funding a new 3GW coal-fired power plant in the planned Musina-Makhado Special Economic Zone (MM-SEZ) in Limpopo Province.

Chinese premier Xi Jinping announced China’s end to funding of overseas coal projects in an address at the United Nations on 21 September.

Various Chinese institutions have been linked to the contested MM-SEZ project, which was first announced by President Cyril Ramaphosa on his return from the Forum for Africa and China Cooperation (FOCAC) in September 2018. The two biggest lead investors, China Huadian Hong Kong Company and Power China International Group, which have jointly committed over US$9 billion to the project, are Chinese state-owned enterprises.

But in a letter to Fossil Free SA on 9 November, China’s ambassador to South Africa, Chen Xiaodong, confirmed that China “will not build new coal-fired projects abroad”.

The ambassador said: “China is willing to work with all countries, South Africa included, to establish and improve a green and circular economic system development system [and] green and low-carbon energy.”

The MM-SEZ proposals had included at least 20 industrial plants for processes including coking, coal washing, a coking plant, ferrochrome and ferromanganese and stainless steel, and lime and cement plants, powered by a bespoke giant 3GW coal-fired power station. All these facilities would be very high emitters of greenhouse gases.

The dirty energy project was highly controversial from the start:

“We are delighted China is following through on its ground-breaking commitment to end overseas coal financing by cancelling plans for the ill-conceived Musina-Makhado SEZ coal-fired power station. We hope that proposals for development in the area will proceed in a way that honours the rights of local communities and of labour, protects biodiversity and water resources, and are in line with South Africa’s Bill of Rights and international commitments to rapidly reduce and eliminate carbon emissions.”