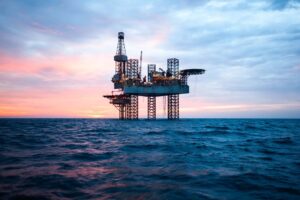 Non-profit organisation Natural Justice in January submitted comments to the Department of Mineral Resources and Energy (DMRE) on the Gas Master Plan Basecase Report, which was released for public comment on Tuesday, December 14, 2021, and developed as a policy instrument for South Africa with the purpose of guiding gas development in the country.

Public participation is a critical right for communities to make decisions that affect their lives and express concerns about the sovereignty and security of their land, natural resources and the impacts of gas-related activities on the environment, livelihoods and health.

The Master Plan has also yet to develop a scale of scenarios for compensating the families and local communities likely to be impacted by pipeline development and infrastructure. Moreover, pipelines are prone to methane leaks and explosions, necessitating increased surveillance, repairs, monitoring, maintenance, and risk mitigation.

Public participation is a cardinal principle of democracy, on which the South African Constitution is founded, yet this right is increasingly being disregarded in South Africa.

These amendments will require that only registered Environmental Assessment Practitioners (EAP) handle appeals with regards to Environmental Impact Assessments (EIAs) and Atmospheric Emission License applications. Communities or organisations will need to hire these EAPs on their behalf.

Natural Justice argues that this will make public participation in NEMA processes more complicated, time-consuming, more expensive, and frustrates rather than encourages public participation. Requiring communities to outsource and hire representation in these processes will be an unwelcome restriction on rights guaranteed by the constitution.

“The proposed amendment to NEMA will effectively eliminate the right to procedural fairness embodied in the audi alteram partem principle [“listen to the other side”]. Given the current state of environmental degradation and over-exploitation of natural resources in South Africa, it is critical that interested and affected parties be allowed to file appeals.” – Sobantu Mzwakali, Programme Manager, Natural Justice

In November 2021, Natural Justice submitted comments on the Draft Environmental Management Plan (EMP) for the proposed CGG seismic survey of the coastline of Algoa Bay. These comments highlighted, among other issues, the EAP’s failure to consult key stakeholders, including small-scale fishers and indigenous and local communities, and the EMP’s inadequate assessment of the environmental impact of the proposed seismic testing—including climate impacts, as well as impacts on numerous protected species and Marine Protected Areas (MPAs).

Natural Justice notes, with cautious optimism, the announcement this week on the CGG website regarding the seismic testing planned for the East Coast of South Africa:

“Following the public consultation on the proposed 3D marine seismic survey in the offshore Algoa Bay area, held during the Environmental Management Plan preparation phase, the Reconnaissance Permit application may be delayed. Given the limited operational time-window for work in the area of the proposed survey, it may be necessary to postpone operations until the 2023 Austral summer survey window period.”

“Whilst CGG’s comments are inconclusive and the application process is still pending, the number of Interested and Affected Parties who registered their objections to the project clearly indicates that the South African public is demanding more participation in these processes.”
– Jacqueline Rukanda, Senior Programme Officer, Natural Justice

CGG, a French company, has claimed that it does not need to obtain an Environmental Authorisation (EA) or prepare an EIA in order to commence its seismic survey operations. Other foreign companies have recently made similar claims, which Natural Justice perceives as an attempt to flout procedural safeguards and public participation obligations.

This includes Shell, against whom the Makhanda High Court recently issued an interim interdict ordering the immediate suspension of seismic testing operations off the Wild Coast. Judge Gerald Bloem found that the exploration right, which was awarded based on a substantially flawed consultation process, was unlawful and invalid. The applicants’ right to meaningful consultation constituted a prima facie right which deserved to be protected by way of an interim interdict.

On the West Coast, the Searcher Seismic has come under scrutiny after fisherfolk and leaders of the Guriqua Indigenous community have sought an emergency interim interdict in the Western Cape High Court for reasons that include inadequate community consultation.

“I feel that Searcher Seismic must come and consult with us. There were no meetings here. Their actions will affect our community’s natural resources, and they have not obtained the free, prior and informed consent required from the community. Not only does this go against our own values, but it also conflicts with the objectives of the Convention on Biological Diversity, to which South Africa is a signatory.”
– Anthony Andrews, Paramount Chief of the Guriqua

Many communities are unaware of the numerous oil and gas exploration license applications and approvals throughout South Africa, and the proposed Gas Master Plan and NEMA amendments will further roll back a constitutional right that underpins our democracy, as well as undermine the urgency of a just energy transition while accelerating the climate crisis.

It is critical that state regulators broaden public consultation processes in environmental management; not only because local and Indigenous communities’ have a right to consent, but because lives, livelihoods and nature is at stake. Public voices and concerns need to be heard and addressed.