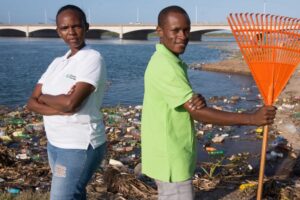 As nature-lovers get ready to celebrate World Ocean Day on Wednesday 8 June, Green Corridors, the Durban-based NPO that looks after green spaces in the City, employing a team of ecotourism and nature guides, clean-up co-ordinators, agroecologists, and recycling experts, call on citizens to be mindful, that the ocean is one of the City’s (and the world’s) most important resources. And have a collective responsibility to safe-guard it for the future of the planet and future generations.

To mark World Ocean Day, Green Corridors is joining forces with the Zero Waste Foundation, Pick ‘n Pay, WILDTRUST and Youth4MPAs on Saturday, 11 June from 8am to 10am at Blue Lagoon Beach for a Beach Clean-up. 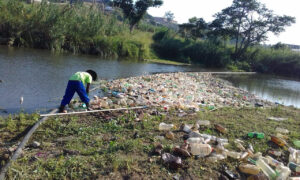 “We are working at the coal face of humans and the natural world, and it is devastating to see the impact we humans are having on the oceans. So we invite Durban Citizens to come join us to make a difference, and to get a true understanding of what is happening to our oceans.”

In the aftermath of the KwaZulu-Natal floods in April, Green Corridors supported by Petco and Safripol galvanized support for a number of beach clean-ups. The Green Corridors team cleared an incredible 2 tons of HDPE (High Density Poly Ethylene – the hard plastic such as milk/shampoo bottles), 100 bulk bags of polystyrene, 4 bulk bags of shoes and 61 bulk bags of mixed waste that went to the landfill. 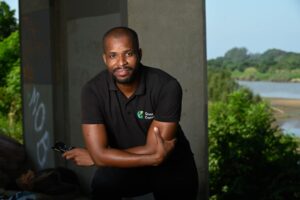 Later they moved to the devastated Quarry Road site on the Palmiet River, west of Durban, and cleared 630kg of PET, 6 tons of Invasive Alien Plants, 1460 kg of HDPE amongst other waste, preventing it from further reaching the ocean. This is waste that flowed through the urban waterways including via storm water drains into streams and rivers and finally ended up in the ocean.

‘The devastation of beaches and ocean through the deluge of waste coming down the waterways, is a sure sign that people are not aware of the impact they are having on the oceans,” says Siphiwe Rakgabale, of Tri-Eco Tours and Green Corridors Litterboom Co-ordinator.

“More needs to be done to educate people and industries about waste – how it can be reduced or reused as a valuable commodity.” 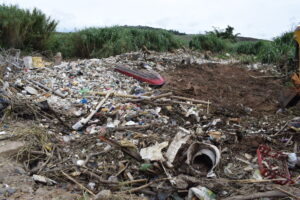 For 2022, according to the official website, “World Ocean Day is raising awareness and support for the global movement to protect at least 30% of the world’s lands, waters, and ocean by 2030 (30×30). Safeguarding at least 30% through a network of highly protected areas can help ensure a healthy ocean and climate.”

“If we can work together with citizens, businesses, organisations and communities of Durban from all walks of life, with an aim to improve our disposal of solid and liquid waste in more appropriate ways, and increase our waste recycling and ultimately decrease our generation of waste, this will be an important contribution to the health of the blue planet, and our beautiful city,” says Rakgabale.

Anyone interested in supporting the Green Corridors clean-up can meet at Blue Lagoon on Saturday 11 June at 8am – bring gloves, water and sunscreen. 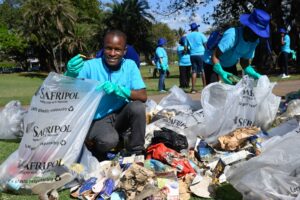